The surging Milwaukee Bucks took control of the NBA Finals with a 123-119 victory over the Phoenix Suns on Saturday to move a win away from ending one lengthy championship drought and extending another.

After dropping the first two games of the series the Bucks have roared back to life and after hanging on in a wild Game Five finish, now lead the best-of-seven NBA Finals 3-2.

Milwaukee are now one win away from clinching their first NBA championship in 50 years, while Phoenix remain two wins away from their first title in the team’s 53-year existence. 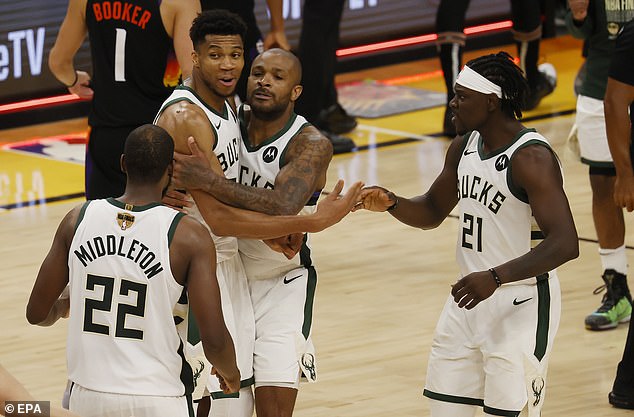 The Suns were trailing by a point with 20 seconds left when Milwaukee guard Jrue Holiday ripped the ball from Devin Booker’s hands and sent an alley-oop pass to Giannis Antetokounmpo for a dunk that sealed the Bucks’ win.

‘One more to go. One more to go,’ Antetokounmpo said during a televised on-court interview. ‘We’ve got to keep playing good basketball.’

Antetokounmpo, whose brother and team-mate Thanasis was ruled out of the game due to the NBA’s health and safety protocols, had a team-high 32 points but he missed a number of late free throws that left the door open for Phoenix. 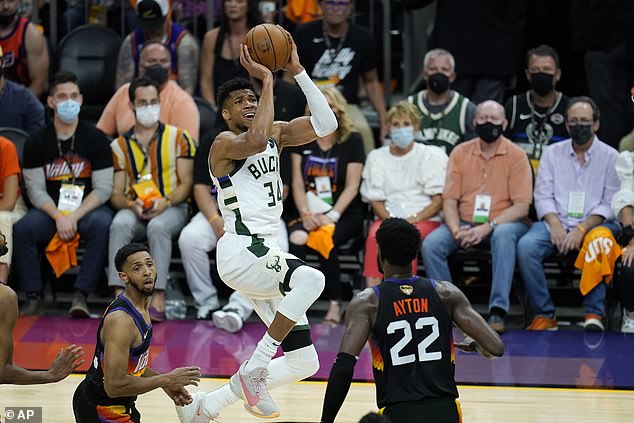 No details were given on Thanasis’ circumstances.

Booker scored a game-high 40 points for a Suns team that led by 16 points after the first quarter before the Bucks clawed their way back and withstood a late Phoenix charge.

‘We came out and did what we intended to do, get off to a great start and we let it go,’ said Booker. ‘They stayed resilient and they kept playing through. So, tough loss for us.’

Phoenix initially looked like a completely different team than the one that just lost two road games, making a fast start in front of a raucous crowd that included four-times NBA champion LeBron James and leading 37-21 after the first quarter. 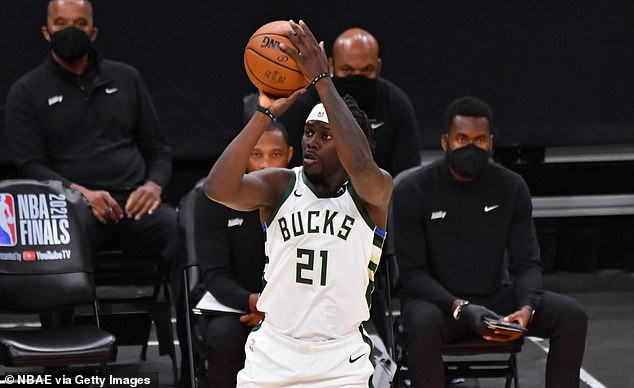 But the Bucks responded in stellar fashion in a lopsided second quarter. Powered by Holiday, they scored 43 points to claw back and take a 64-61 lead into the half.

The Bucks did not take their foot off the gas and it was two-time league MVP Antetokounmpo who overcame his sluggish start to put Milwaukee ahead 100-90 going into what proved to be a wild fourth quarter.

Teams that win Game Five of an NBA finals that was tied 2-2 have gone on to win 72 per cent of the time. 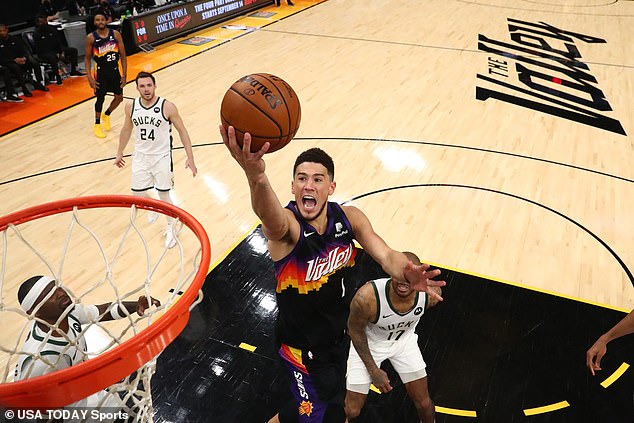 The Bucks host Game Six on Tuesday. A deciding seventh game, if necessary, would be in Phoenix on Thursday.

‘Going home to our fans, going home to Milwaukee is a great opportunity for us,’ said Bucks head coach Mike Budenholzer.

‘But you have to go out and play. It’s at this point, you could feel it tonight, the high-level basketball on both sides of it. It’s going to be the same in Game Six.’

Metropolitan Police officers will ‘ask themselves’ 44 questions when restraining suspects