Tributes have been paid to an experienced stunt pilot who has died after he lost control of his bi-plane and crashed in a field.

Angus Buchanan, who built and flew light aircraft, was killed in the accident in a field near Headcorn Aerodrome in Kent yesterday at around 4.30pm.

A witness saw the aircraft – a pre WW2-era Stampe biplane – crash at the site between Maidstone and Ashford in Kent.

He said the plane was one of three being flown, saying it appeared to ‘have performed a stall turn and lost control’.

Mr Buchanan became a commercial pilot in 1970 and was working with Easyjet when he retired in 2009, his website says.

He was also an experienced stunt pilot and a member of the Stampe formation display team. 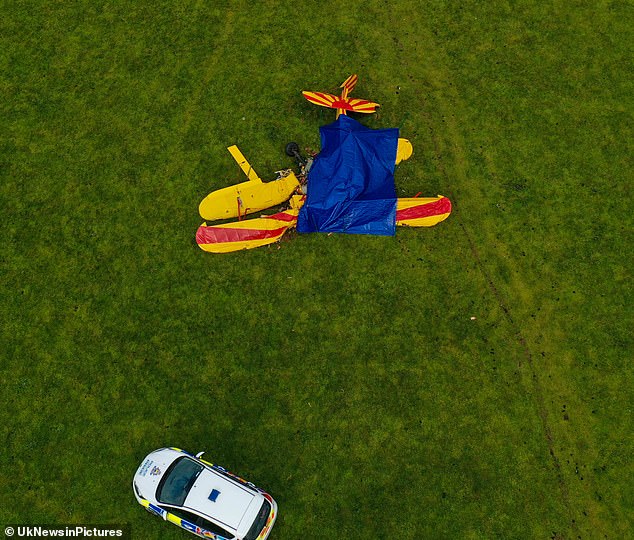 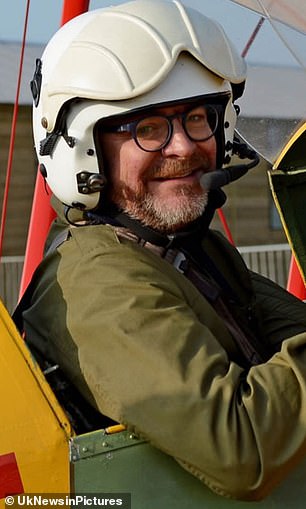 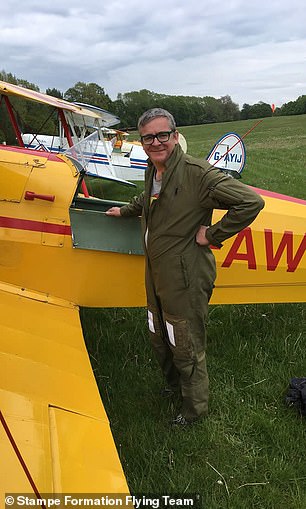 Pictured: Pilot Angus Buchanan has died after a plane crash near Headcorn Aerodrome in Kent 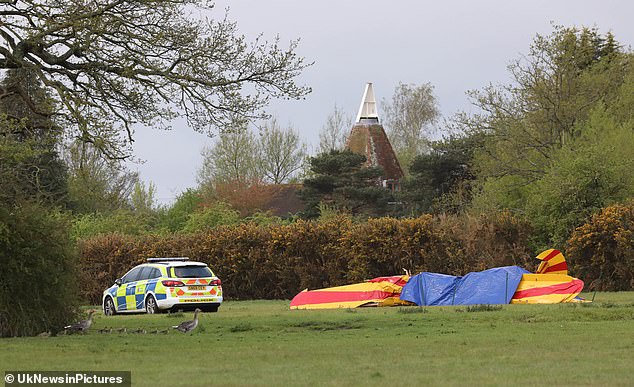 Pictured: Witnesses described how three plane were flying when one appeared to lose control

Paying tribute, the team issued a statement which read: ‘It is with deepest sadness that we have to announce the death of Angus Buchanan yesterday.

‘An active and long-standing display pilot with the Stampe Formation Team, Angus was an extremely experienced and talented aviator and engineer with many flying hours under his belt.

What is a stall turn?

A stall turn is an aerobatic turn manoeuvre performed by aircrafts.

It sees the aircraft enter a vertical climb at full power and maximum airspeed.

Just before upward motion stops, the aircraft is cartwheeled in a 180 degree spin until it’s nose is facing downward.

It then dives vertically until it reaches the same altitude it started at and exits in the opposite direction.

‘We have all lost a very dear friend who leaves a gap in all of our lives that can never be filled and all of our thoughts are now with his family to whom we send our most sincere and deepest condolences.’

The team describes itself as an air show act in the finest traditions of classical barnstorming aviation from the 1930s and 40s.

A formation of four open cockpit, aerobatic biplanes fly at speeds of up to 130mph and turn tightly in close formation in front of a crowd.

The show is said to include ‘exciting formation changes, dynamic breaks and a series of tail chases’.

Mr Buchanan recalled glueing his fingers to many airfix models before graduating to towing balsa wood aircraft behind his bike.

His profile reads: ‘Having learned to fly at Prestwick, with a long runway and ‘Airport Procedures’, relocation to Headcorn and a chance encounter with the Tiger club was a culture shock.

‘Something went right, leading to purchase of the fabled G-AWEF from the Tiger Club in 2004 – the log book of which is a who’s who of aviation’s good and great, the majority of whom cut their aerobatic teeth in this beautiful machine.’

A statement from Kent Police said: ‘At 4.25pm on Sunday, May 9, 2021, Kent Police was notified that a light aircraft had crashed in a field near Headcorn. 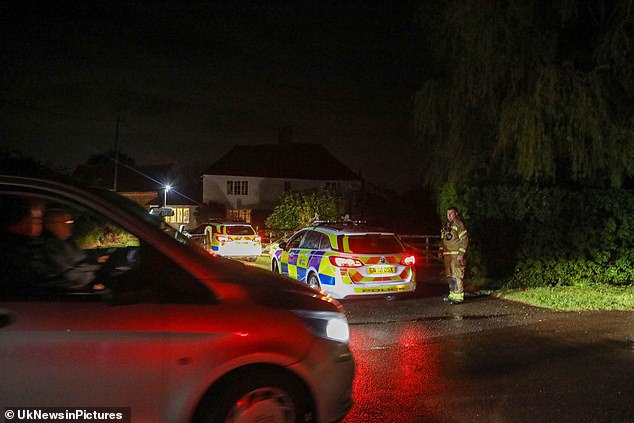 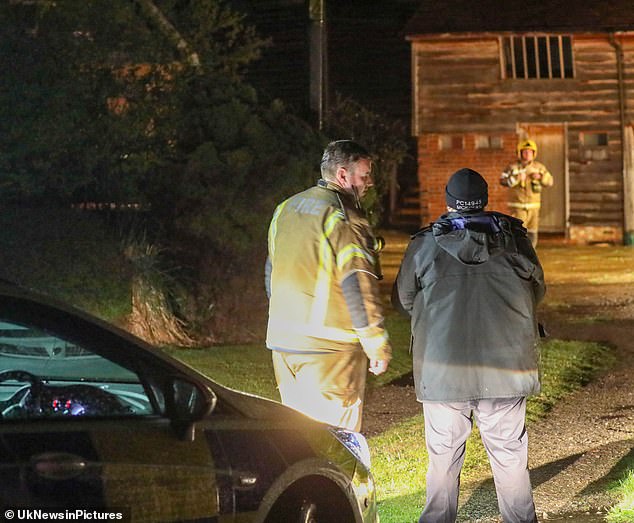 ‘A man was pronounced deceased at the scene.

‘Officers are working with partner agencies including the South East Coast Ambulance Service and Kent Fire and Rescue Service to establish the circumstances.

‘The Air Accidents Investigation Branch has been informed.’

Greggs says its 2021 profit might return to the record levels seen in 2019.