Ribery close to staying in Serie A through Hellas Verona gate 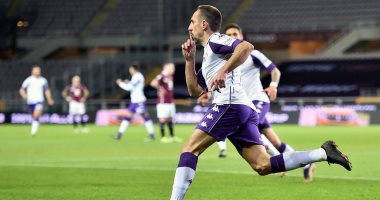 Italian press reports revealed that Hellas Verona club is currently in talks with veteran French star Franck Ribery, and the former Fiorentina star is scheduled to make the final decision by the end of the week.

The French winger left Fiorentina after the 2020-21 season and has not yet reached an agreement with a new club, but the veteran does not want to retire and has offered himself to several clubs in Italy.

And the Italian “Calciomercato” website reported that the former Bayern Munich star was offered to Milan and Sampdoria, who rejected the proposal, and Lazio was the third team given the opportunity to sign Ribery, but coach Maurizio Sarri chose to sign Zakani from Hellas Verona.

However, Hellas Verona is still in the race to sign Ribery, and the player is ready to join the yellow club, with the parties discussing a possible deal, with the final answer to be from Ribery by the end of the week.

Ribery is 38 years old and spent the last two seasons at the “Estadio Artemio Franchi”, but he suffered injuries and contributed only five goals in 51 games with the Viola.