Rich expats returning home are driving Australian property prices to record highs and they are willing to spend up to $40million for a house in an upmarket suburb.

Compared with most other wealthy nations, Australia has dramatically lower Covid case numbers and is renowned for having the world’s best summer weather and beaches. 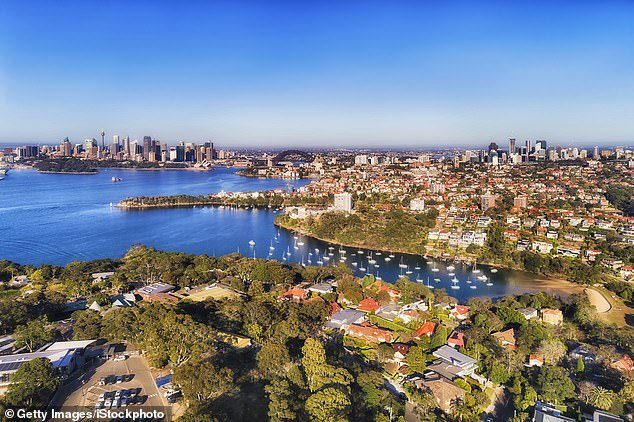 Rich expats returning home are driving Australian property prices to record highs and they are willing to spend $40million for a house in an upmarket suburb. Pictured is Mosman on Sydney’s Lower North Shore

Anthony Walls, a director of boutique real estate consultancy Max Walls International, said buyers were prepared to pay up to $40million for a house on Sydney’s Lower North Shore or Northern Beaches.

‘The upper end in Mosman, we’ve got buyers looking $20million to $40million for houses, right the way up the Northern Beaches,’ he said.

Manly is also attracting interest as a new tech hub of Sydney.

‘A lot of it has got to do with, I hate to say this word but property’s the new mattress,’ he said.

‘There’s nowhere else to put their money. They just want to bring their money home, Australia’s a safe destination.’

‘Property’s become a great safe haven for people, particularly for those overseas buyers,’ he said. 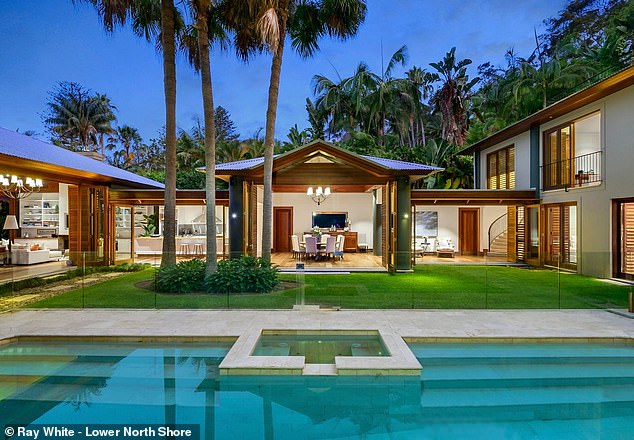 Anthony Walls, a director of boutique real estate consultancy Max Walls International, said buyers were prepared to pay up to $40million for a house on Sydney’s Lower North Shore or Northern Beaches. Pictured is a house at Palm Beach which sold for $24million in February

Mosman, overlooking Sydney Harbour, was Australia’s sixth most expensive suburb in 2020 with a median house price of $4.2million.

Palm Beach, at the top of Sydney’s Northern Beaches, had a house sell for $24million in February, making it Australia’s ninth most expensive home that found a new owner in 2020.

The Ocean Road home overlooks the Pacific Ocean and the Barrenjoey Lighthouse.

A Point Piper house, in Sydney’s eastern suburbs, sold for $51million in April, making it Australia’s most expensive property.

Sydney’s eastern suburbs was home to six of Australia’s most expensive houses in 2020, with the city’s Northern Beaches taking two spots. 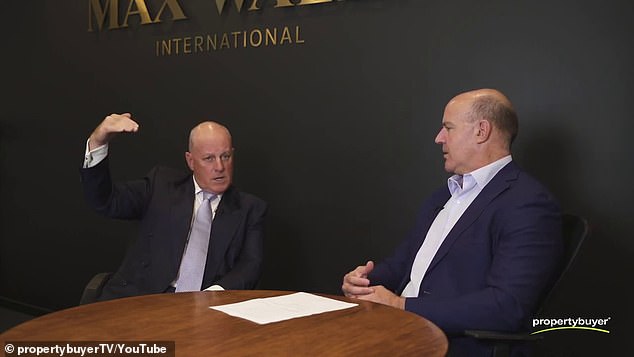 Perth’s Swan River area claimed a position with the Gold Coast rounding out the top ten.

Melbourne had no houses in the top ten.

Mr Walls said the majority of homes he sold were off market, without even needing to advertise, as expats returned to Australia from Singapore, the UK and the United States.

‘This whole year has been one of our best years, which I didn’t expect,’ he said.

Mr Walls, a property market player since the 1980s, said returned Australians were willing to pay a premium, even if they hadn’t seen the property.

They included an expat from Singapore who bought a $1.3million apartment at Neutral Bay on Sydney’s upmarket Lower North Shore without even inspecting the property so his daughter could have somewhere to live as she enrolled in university.

‘That’s the sort of lower end of the range that they’ll buy,’ he said.

The German President, to his Algerian counterpart, confirms the Corona epidemic, which poses difficult challenges for everyone