Millionaire Sydney residents who live near the busy Gladesville Bridge Marina – and their local Mayor – are fighting tooth and nail to stop an expansion they claim is a safety risk that will spoil their peace and quiet.

In one corner is a formidable coalition of millionaire ‘battlers’, property owners from a tiny peninsula with one street and their allies including kayakers, fishermen and rowers. The median property price in the area is over $2 million.

They have also been well organised in outlining their long list of gripes with the Marina plans in submissions to Canada Bay Council, which close on February 8.

Plans for the $7.8 million Gladesville Bridge Marina redevelopment would nearly double the current use of the Parramatta River according to this estimate drawn by campaigners 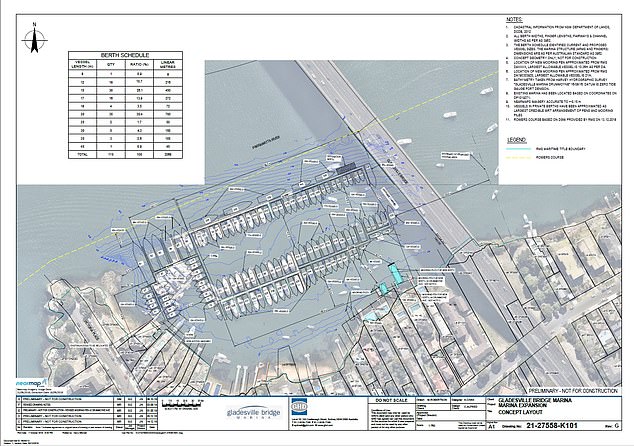 These complaints include the expanded marina being a collision and fire safety hazard, fears of environmental damage, parking problems, likely noise and light pollution and spoiling views and access to the water in the heritage-listed area.

In the other corner is Motor Yacht Marine Holdings – run by family members of the Sutton car dealership empire, Neil and Scott Sutton – which has lodged an amended DA as they scrap to gain approval for a $7.9 million redevelopment of the Gladesville Bridge Marina.

Neil is the son of automotive supremo, the late Frederick Sutton, who made Sutton an automotive brand and the brother of Laurie, who the Australian Financial Review says was worth $884 million in 2020.

Neil was bought out of the family business in 2007. He and Scott are not as wealthy as Laurie, but they’re in another universe from even the millionaire home owners opposing their plans.

Neil and Scott managed to sell not one, but two exclusive penthouses since 2019, one in Point Piper worth $6.5 million, and another at  Darling Point which was listed for $8 million. 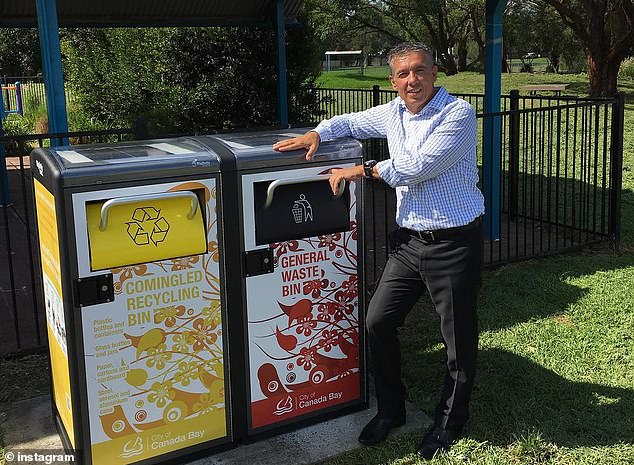 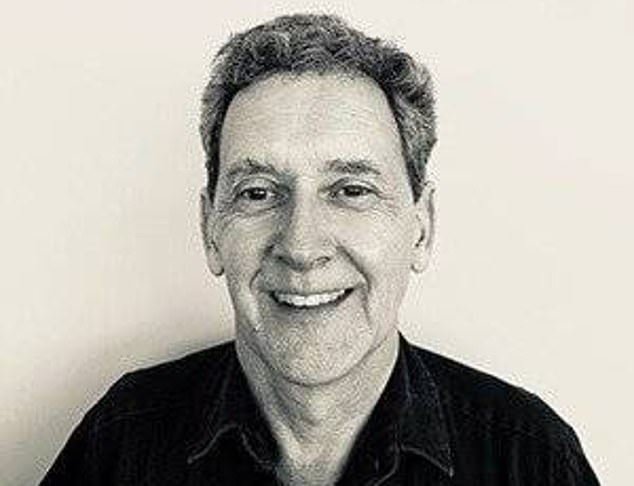 Scott was dating model Michelle Leslie when she was arrested in Bali for ecstasy possession in 2005. Her charges were eventually reduced in controversial circumstances after hiring a high-powered legal team.

Scott is also co-founder of the luxury designer yacht company The Boutique Boat Company, which uses city marinas at Sydney’s Rose Bay, and also Fremantle and the Gold Coast to show vessels for sale that are worth up to $1.5 million. 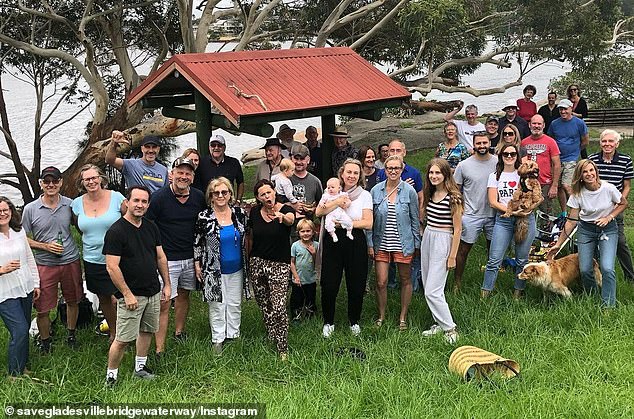 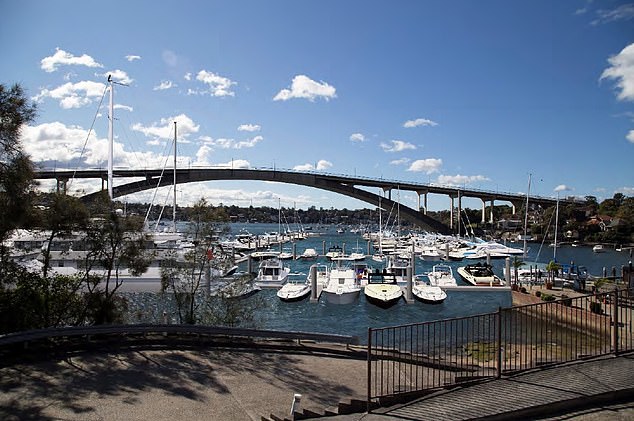 An artist’s impression of the planned Gladesville Bridge Marina redevelopment

Concept drawings clearly show the revamped marina will take up much more space too, basically doubling in size from by extending concrete pontoons from Five Dock point to the Gladesville Bridge.

It is also believed ferries would be forced to further slow down in the area, impacting commuters and in a submission, even said it feared that yachts with highs masts could even hit the underside of the bridge in high winds.

A rare submission in support of the $7.8 million redevelopment, most were strongly opposed to it

He added the redevelopment would: ‘increase the likelihood of collision … and inevitably result in further speed restrictions impacting thousands of commuters; and will make sailign and rowing unsafe in the area.’

The most vocal critic has been Canada Bay’s own Mayor, Angelo Tsirekas, who told Daily Mail Australia the amended DA ‘has not changed my fundamental concerns about the proposal in any way.’

‘I still believe the proposed development would be a scar on the face of our waterway and that it should not proceed.

‘I continue to stand with residents in opposing this development and I will do all that I can to stop the overdevelopment of the Marina.

‘The vast majority of residents who have come to me have been steadfast in their opposition to this proposal.’

Despite claims by proponents that the developments would bring social and economic benefits to the area, Tsirekas was defiant.

‘We have worked for years with the Paramatta River Catchment Group to make the River swimmable by 2025 and recently have developed a Foreshore Access Strategy to bring more of our City to the river. Any suggestion that this development is ‘inevitable’ is wrong.’

Liberal MP Anthony Roberts was another politician opposed to the idea: ‘I am concerned the proposed redevelopment … will negatively effect the amentiy of other users such as swimmers, rowers, ferries due to the increased congestion on the river and may present a danger to other users.’ 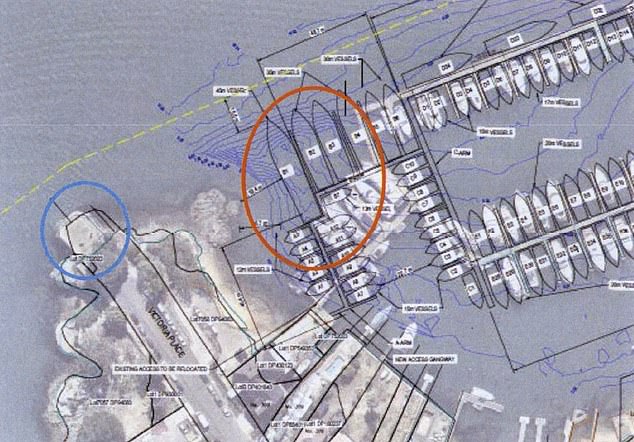 Local resident Michael Carnemolla claimed in his submission that a bigger marina could make it difficult for Sydney ports fire tugs to reach waterfront properties – which had been used to extinguish fires there in the past because of difficult access.

‘There would be a catastrophe if a fire was the break out on the [larger] marina. It could spread to boats and ultimately homes in the bay.’

He also claimed that the large berths shown in the plans attract boats and owners who are more inclined to party in them than sail them. ‘It will be like having 50 four bedroom apartments in the bay.’

‘Parking, waste, catering, staffing or just people using these  vessels will impact on the area to a devastating effect.’

The fate of the proposal will be decided by the Sydney Eastern City Planning Panel after submissions close.

Copper prices extend gains amid heightened hopes of the US stimulus