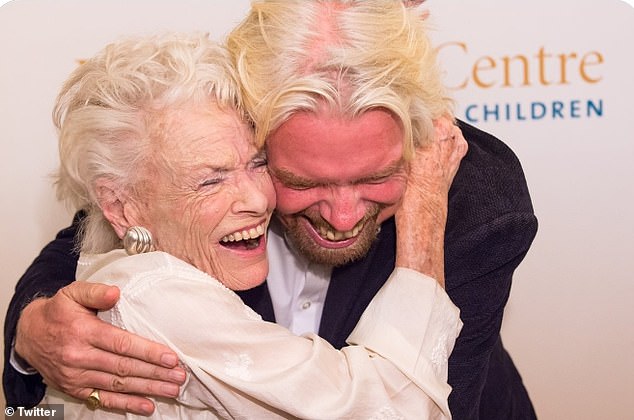 Sir Richard Branson’s mother Eve has died from coronavirus at the age of 96, he has revealed.

The Virgin boss took to Twitter to announce her death with a heartfelt post, writing: ‘I’m sorry to share that, sadly like a lot of people’s mums and dads right now in these days of Covid, my mum Eve has also passed away.

‘Rather than mourn her loss, I wanted to celebrate her wonderful life & the joy she brought to so many.’

Branson, 70, also published a tribute on his company website where he praised his mother as a ‘wonderful’ woman who taught him the value of hard work.

He added that his sister Vanessa and nephew Louis stayed by her side before her death and she entertained them and her nurses with ‘tales from her life and much laughter over glasses of whisky’.

The billionaire shared tales from his mother’s life, revealing how she took glider lessons disguised as a boy in her youth before enlisting in the Wrens during World War II.

She toured Germany as a ballet dancer after the war, acted on the West End stage and worked as an air hostess on the treacherous British South American Airways routes.

Eve previously hit the headlines in 2014 when she dismissed reports she had been rescued from a fire on her son’s private Caribbean island by Titanic star Kate Winslet.

Sir Richard Branson has revealed that his mother Eva, 96, has died of coronavirus in a heartfelt social media post 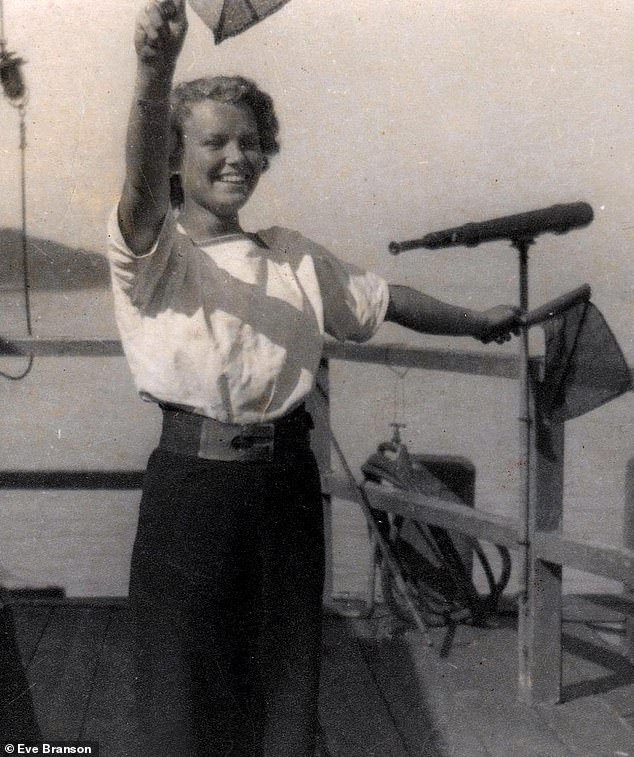 Eve Branson, mother of Richard Branson, as a young signal wren in 1944. HE paid tribute to her ‘fearless, relentless’ spirit 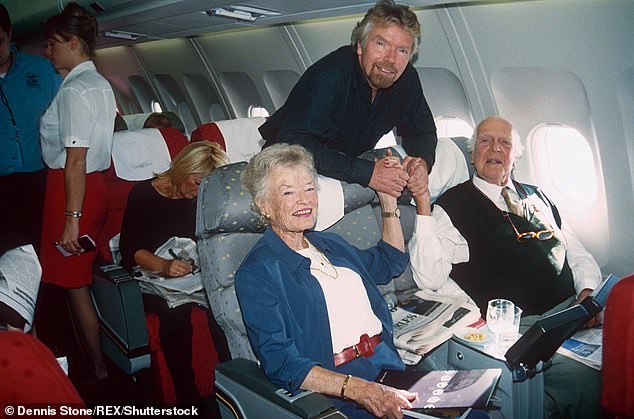 Richard Branson with his parents Eve and Ted in 1999. His father Ted died in March 2011 in his sleep

In 2015, she said in an interview that she still had male companions who were up to 40 years her junior, and insisted that she had no intention of slowing down in her twilight years.

She also shared her tips for old age and said: ‘Keep busy and have enough interests to keep you busy.’

Eve also advised ‘keeping the lipstick going’ and credited a vodka cocktail and a nightly tot or two, ‘occasionally three’, of whisky, with helping her to maintain her youthful vigour.

Speaking today, her son added: ‘When I was growing up she was always working a project; she was inventive, fearless, relentless – an entrepreneur before the word existed.

‘My sisters Lindy and Vanessa and I were so lucky to grow up with mum and dad as our parents, instilling values that have lasted a lifetime. 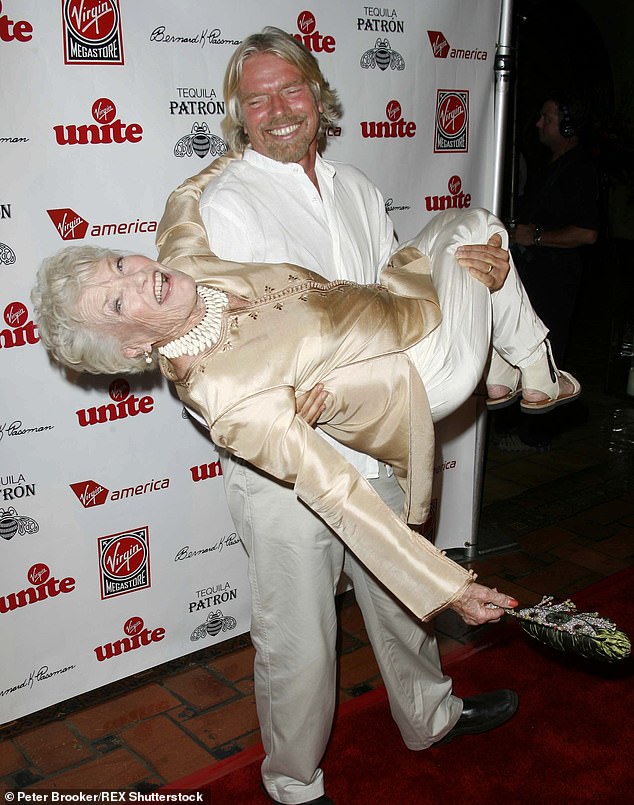 The billionaire shared tales from his mother’s life, revealing how she took glider lessons disguised as a boy in her youth before enlisting in the Wrens during World War II 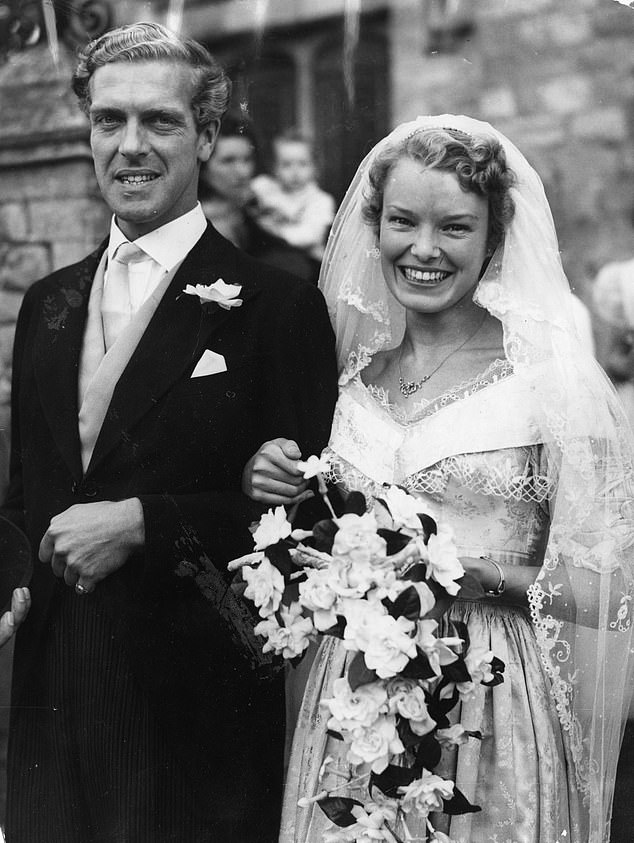 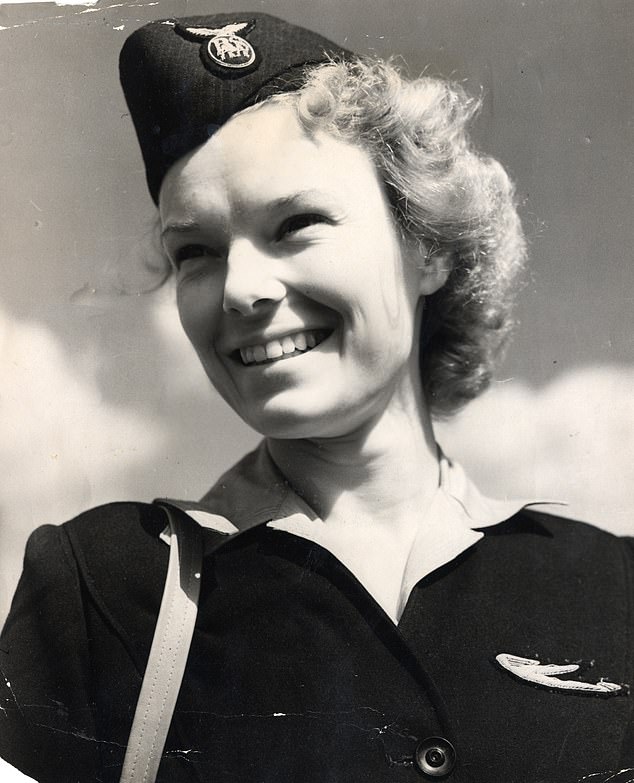 ‘They taught us the importance of hard work, of not taking yourself too seriously, of treating people how you wish to be treated, of entrepreneurship, and so much more.

‘They showed us how family is the most important thing in the world, and surrounded us with love and encouragement.’

Branson also spoke about how he owed his billionaire career to his mother.

He said: ‘It is no exaggeration to say I owe my career to mum. One day in the late Sixties mum saw a necklace lying on the road near Shamley Green and took it to the police station.

‘After three months nobody had claimed it so the police told her she could keep it. She came up to London, sold the necklace and gave me the money. Without that £100, I could never have started Virgin.

‘We were so sad to lose dad back in 2011, but mum did exactly as he would have wished by continuing to grab life with both hands.’

Rust's Long-Awaited Console Version Has Been Rated By the ESRB