Just when I thought I was out, they pull me back in. Forgive me if I have used this famous line from The Godfather: Part III before. But I can’t think of a more appropriate response to the latest extension of the Covid clampdown.

It’s spoken by Michael Corleone, played by Al Pacino, when he discovers that despite his best efforts to go legit he’s been double-crossed by The Mob.

The realisation dawns that he’s destined never to escape from the darkness of his past life and his future is beyond his control.

After uttering these words, Michael suffers a stroke and collapses on the kitchen floor.

How many of us experienced similar emotions — ranging from exasperation to despair and raw fury — when we heard Boris Johnson announce that his promised ‘irreversible’ return to normal life had been postponed yet again? 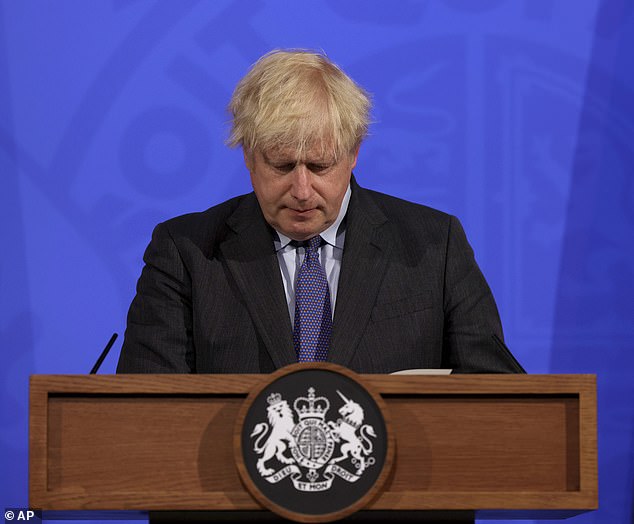 Not wishing to be over-dramatic, but the news will have sent plenty of hearts haywire, especially among owners of businesses hammered by the pandemic. With less than a week to go before so-called Freedom Day, all bets are off.

The Government hasn’t so much moved the goalposts as demolished the entire stadium and decamped to another postcode — rather like Wimbledon football club did when it abandoned South-West London and relocated to Milton Keynes.

The best laid plans, and so on.

Remember when it was just three weeks to ‘squash the sombrero’ and stop the NHS from being overwhelmed? The sombrero has long since been well and truly flattened and the NHS has coped with Covid magnificently.

Now the excuse is that the health service is struggling to meet demand for delayed treatment of other life-threatening conditions, which have been shamefully neglected during the pandemic.

There are fears that a third wave (or is it fourth?) of Covid could cause fresh chaos. 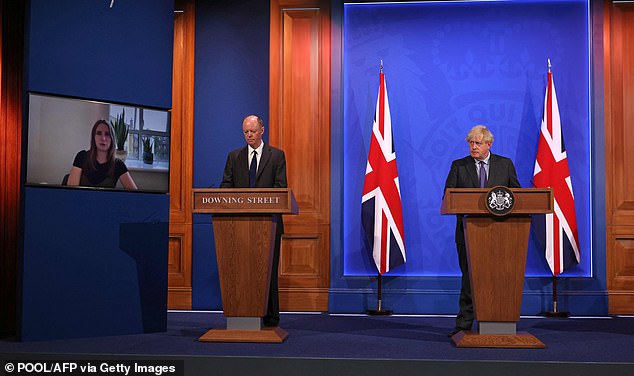 But while the number of cases of the new Indian variant is up, hospitalisations and deaths are minimal.

Much-quoted transmission rates are meaningless, as practically all of those likely to contract the virus will suffer only mild effects. Some won’t even know they’ve got it.

T he most vulnerable groups have had their second jabs and are no longer at risk. Yet despite the most successful immunisation programme of any major economy the Government seems determined to seize defeat from the jaws of victory.

As Tom Leonard writes elsewhere in today’s Mail, the U.S is opening up much faster than the U.K. States such as Texas and Florida, which threw caution to the wind early, are reaping the rewards.

Their economies are booming again and the infection rate is stable, no higher than those states which imposed more draconian lockdowns.

Even European countries, which are still lagging far behind us when it comes to vaccines, are lifting restrictions more rapidly.

It’s not often this column has a good word for Theresa May, but when she says the Government’s craven stop-start approach to foreign travel makes a mockery of Boris Johnson’s boasts about ‘Global Britain’ she’s bang on the money. We’ve got less freedom to fly abroad now than we had last summer, when the vaccines were still a twinkle in a laboratory technician’s test tube.

Where’s the logic in that?

The authoritarian, knee-jerk treatment of those who were given the all-clear to travel to Portugal, for instance, then told that they had five minutes to come home again, or else, is nothing short of a scandal. 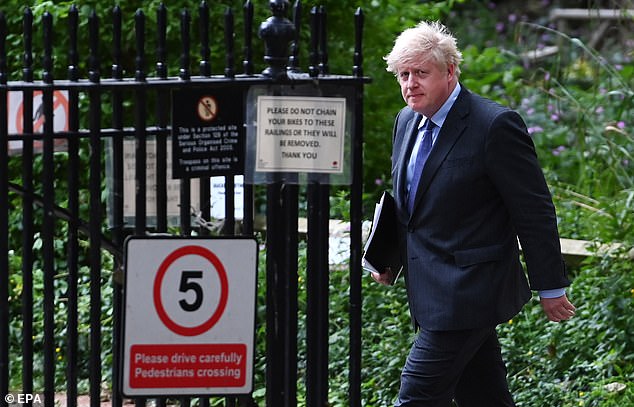 Any chance that Joe Biden would agree to resume regular flights between Britain and the U.S. went down in flames when it became apparent that Boris was going to renege on his pledge to lift all restrictions on June 21.

The travel industry is on its knees, all hope of recouping the billions of pounds lost over the past 15 months having evaporated.

Yesterday’s Mail featured a spread on redundant aeroplanes which have been converted into hotels and holiday homes. How long before there’s one of these aptly named Airbnbs on every street corner as bankrupt airlines decommission their fleets? It’s not just the airline industry, either, that is living in the Last Chance Saloon. One in four businesses in Britain have already gone under and with this latest body blow, thousands more are sure to follow.

Sky News yesterday featured an interview with the owner of a nightclub in Leeds. In anticipation of being allowed to reopen next Monday with a full 2,000 capacity, he hired 65 staff and ordered ‘huge amounts’ of stock.

Now, with rent, rates and insurance bills looming, too, and no prospect of reopening soon, where’s the money coming from?

The human cost is incalculable, never mind the financial catastrophe. A colleague tells the story of a Liverpool hotel manager breaking down in tears on the reception desk when the last lockdown was announced at short notice.

A Government which is always banging on about tackling a ‘mental health’ crisis clearly gives not a fig for the mental torture it is imposing on small business owners.

Not to mention the debilitating anguish caused to those who have been callously denied life-saving treatment for everything from cancer to heart disease — and even refused appointments with their GPs — as the NHS diverted all hands to the Covid pump.

The worst aspect of all this, to my mind, is not just the economic and social devastation wrought by the overreaction to Covid, it’s the betrayal, the exploitation of our goodwill.

For the past 15 months, we’ve played by the rules, washed our hands, worn masks, observed social distancing and worked from home if we can.

All of this because we were assured, especially with the arrival of the vaccines, that the end was in sight.

Now we’re told there’s to be ‘one last heave’. Last heave? Makes me want to throw up.

The latest handbrake turn should come as no surprise to regular readers of this column. I gave up believing a word ministers said about Covid last year.

Back in April, when the ‘irreversible’ June 19 cut-off date was set in stone, I warned you not to hold your breath and predicted we’d still be putting up with restrictions on our freedom next spring. Don’t bet against it. We’re now coming to terms with what every single one of Boris’s wives, lovers and political colleagues has had to learn the hard way — that this Prime Minister’s word isn’t worth the paper it’s not written on.

He may think he’ll get away with it because the opinion polls purport to show that the majority still backs the Government continuing to curtail our freedom.

But, as I’ve been telling you for more than a year, this is a nation divided. We are not all in this together.

That majority includes 11.5 million on furlough who have been receiving 80 per cent of their wages from the Government, and 5.6 million public sector workers, who haven’t lost a penny.

Add in all those ‘working from home’ and you can understand why millions have never had it so good.

If you pay people not to work, or to stay away from the office, they are going to bite your hand off. The danger, however, is that far from being a temporary measure, it has become a way of life and is now seen as an entitlement.

Maybe Boris is banking on free money, a hot summer and the distraction of a high-profile international football tournament featuring three Home nations having a Bread and Circuses effect.

If he can keep it going until July 19, what passes for Parliament will disband for a couple of months’ recess and he’ll receive even less critical scrutiny than he has up to now.

The Labour Party is MIA and the handful of Tory MPs who are opposed to the Government’s frightened-rabbit policies are treated like heretics — particularly on the BBC.

But you don’t need a weatherman, and all that. The looming cloud on the horizon, which has largely slipped under the radar, is the end of furlough in September, a deadline Dishi Rishi insists is non-negotiable.

Millions who have been living the Life of Riley at taxpayers’ expense are in for a rude awakening.

As Covid restrictions claim ever more economic casualties daily, many of them will discover they haven’t got jobs to go back to.

For now the Prime Minister continues to hide behind the ‘science’, which has a vested interest in keeping the pandemic panic going indefinitely.

But that’s not leadership, it’s buck-passing, backside-covering cowardice. Boris should have sent the Two Ronnies of Doom to the G7, since they’re the ones running the country these days.

So I wouldn’t be too optimistic about liberation on July 19, either. The science can always rustle up another variant to scare the hell out of everyone and prolong the agony for another few months.

Never mind Michael Corleone. Let’s end with another analogy closer to home, from John Cleese, in the movie Clockwise, which sums up what many of us must be feeling today:

‘It’s not the despair, I can cope with the despair. It’s the hope I can’t stand.’