Two goons in dark suits walk into an East End boozer, followed by a man with a Crombie draped over his shoulders. They ask the terrified barman to fetch the landlord.

Drinkers fall silent. Some head for the door.

‘Nice little place you’ve got here,’ Crombie tells Mine Host. ‘Wouldn’t want anything happening to it.’ He then explains that for a small consideration, the pub can be insured against any unwelcome mishap — criminal damage, fires, that sort of thing.

Call it a monkey a week for cash. Razors will be around on Friday to collect the first instalment. That way nobody gets hurt.

This offer-you-can’t-refuse was the stock-in-trade of gangsters like the Krays in the 1960s.

Today’s social justice warriors will be horrified when I compare them to Ron and Reg. But their tactics are basically the same.

Outfits like Stop Funding Hate and Stonewall are running what are effectively protection rackets. Do as we say, or else.

The Twins used physical intimidation. The wokerati deploy more subtle, but equally menacing, ideological intimidation. Instead of pubs and nightclubs, the targets today are giant corporations and public institutions. 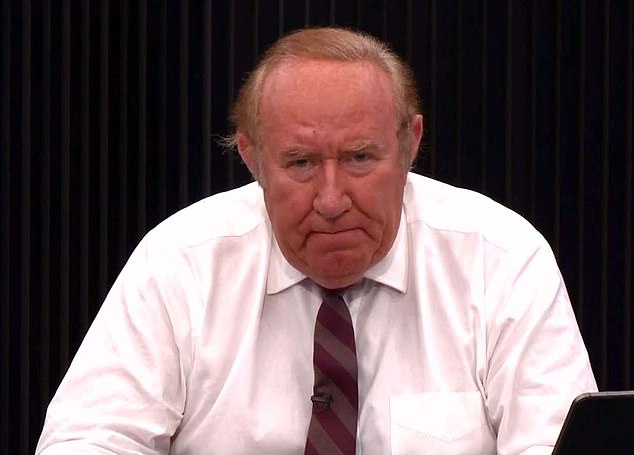 Take Stonewall, a once admirable lobby group which has achieved its principal aim of equality under the law for homosexuals.

I’m not going to get involved in their internal squabbles, which have been comprehensively aired by prominent gay rights pioneers such as Simon Fanshawe writing in the Mail.

But with the big battles won, instead of declaring victory and disbanding, Stonewall has expanded its ambitions. These days it makes a fortune selling ‘advice’ to everyone from banks and financial institutions to the police, the Armed Forces, schools, colleges and government departments.

Get with the programme and, in exchange for an annual bung starting at £2,500, Stonewall will reward you with LGBT-friendly ‘Diversity Champion’ status — the woke equivalent of a Blue Peter badge. 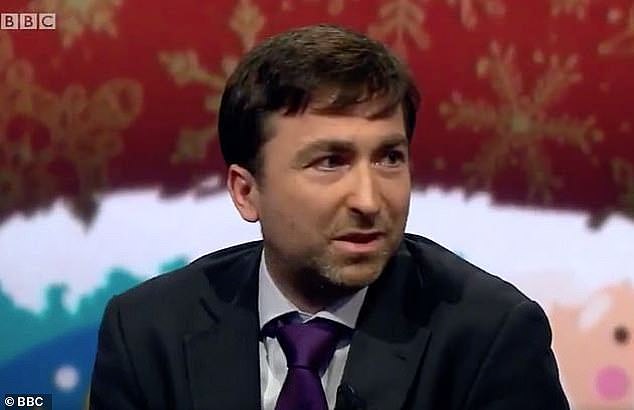 The flip side is those who refuse to take part are, by implication, at risk of being labelled homophobic and transphobic.

And we wouldn’t want that now, would we? It’s cheaper to pay up than suffer reputational damage.

The scheme has proved to be a nice little earner for Stonewall, which has been pulling in more than £3 million a year. But not for much longer. This lucrative racket has been rumbled. Even the Equality and Human Rights Commission has decided enough is enough.

The latest target of this bunch of far-Left headbangers is Andrew Neil’s newly launched GB News TV station, which was accused of peddling ‘hate’ even before it went on air. SFH has been stoking up a tedious Twitterstorm to bully advertisers into boycotting the station. Their message is clear: advertise with GB News and we will destroy you.

Shamefully, a number of leading corporations, including Ikea, Nivea and Grolsch, have capitulated, issuing statements parroting fashionable nostrums about ‘inclusivity’ and vowing never to advertise on GB News again.

Hilariously, their pious stances have backfired, simply drawing attention to some of their own dubious corporate ‘values’ — such as Ikea spying on their own workers and Nivea flogging skin-lightening creams to black Africans. 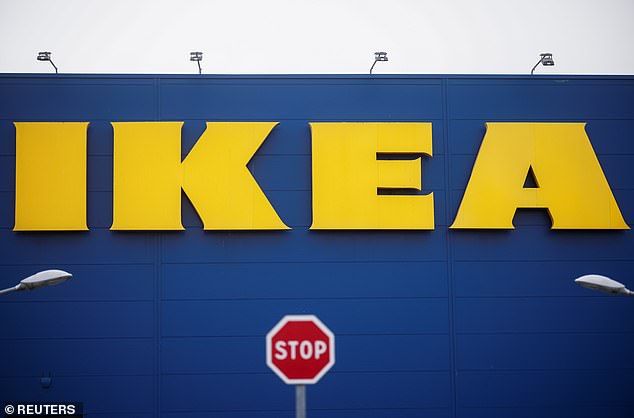 Shamefully, a number of leading corporations, including Ikea, Nivea and Grolsch, have vowed never to advertise on GB News again

You couldn’t make it up.

That’s almost beside the point, though. The question isn’t just why these spineless corporations cave in so cravenly, like a frightened publican paying off the Krays. What makes them think their traditional customers will take any notice of a bunch of social justice warriors bashing away on a laptop above a kebab shop in Stoke Newington? It’s just as likely to have the opposite effect.

Why are they appeasing revolutionaries who want to smash the free market system from which they derive their profits? 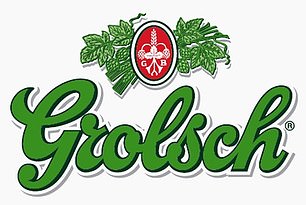 Here’s another analogy. Back in the 1970s and 1980s, when I was an industrial correspondent, secondary picketing was commonplace. This was the practice of shutting down a supplier to put pressure on an employer with whom the unions were in dispute. It was outlawed by Mrs Thatcher. Why should blameless third-parties suffer collateral damage?

Yet isn’t that exactly what’s going on here? Stop Funding Hate’s threats to disrupt companies who advertise with broadcasters and publications of which it disapproves is secondary picketing by another name.

If they mass picketed Ikea stores, trying physically to turn customers away, they’d soon be staring down the barrel of an injunction, as a basis for negotiation.

I was going to say they’d be moved on by police, but these days the Old Bill would probably join them, given their approach to BLM and Extinction Rebellion. 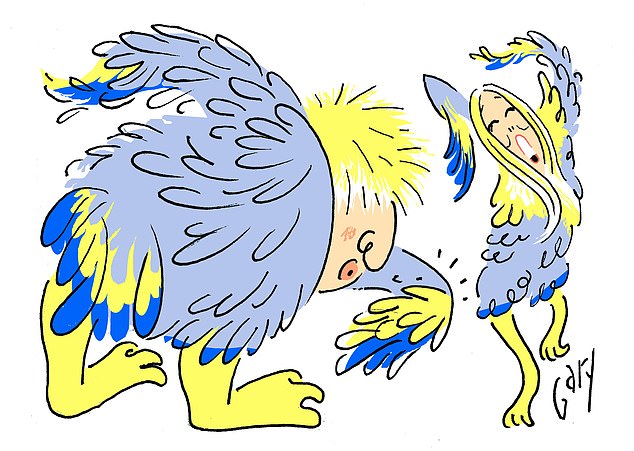 It’s bad enough that social distancing and face masks appear to be here to stay. But can we please give the elbow the elbow. Boris was at it again this week with the Aussie Prime Minister. They looked ridiculous, like Gene Wilder and Richard Pryor in Stir Crazy. At the G7, Boris bumped elbows with everyone. Maybe he’s a fan of the late, great soul man Rufus Thomas: You flap your arms and your feet start kicking, That’s when you know you doin’ the Funky Chicken!

But in reality, there aren’t anywhere near enough of them to blockade every Ikea store in the country. So they hide behind the anonymous shield of social media, which exaggerates their strength out of all proportion.

When will it finally dawn on these gormless corporations that Twitter isn’t the real world?

This madness will only end when the rest of us fight fire with fire. Some Tory MPs are now proposing a consumer boycott of companies which give in to Stop Funding Hate.

Sounds like a plan to me. I’ve already put my money where my mouth is and kept my promise not to renew my two season tickets at Spurs in protest at the ‘taking the knee’ nonsense.

No more Nivea Men aftershave, either. Boycotting Ikea won’t be a problem. I only ever went there once, and it was hell on earth. And, anyway, my wife has banned me from attempting to build self-assembly furniture.

As Squeeze almost sang, it’s the language she don’t need.

But if Stonewall can be stopped, so can Stop Funding Hate. If enough of us take our custom elsewhere, these cowardly corporations will soon get the message:

Nice little business you’ve got here. Wouldn’t want anything happening to it . . .

The Markles of Downing Street

There’s an expression to describe what’s happened to Boris’s brains since he hooked up with Carrie Symonds.

Unfortunately, it’s not suitable for a family newspaper but I’m sure some of you can work it out for yourselves.

Suffice it to say that since BoJo fell under the spell of the current Mrs Johnson he’s undergone a remarkable transformation. The man who used to review high-powered gas-guzzlers for a men’s magazine now wants to get rid of them altogether in the next decade. 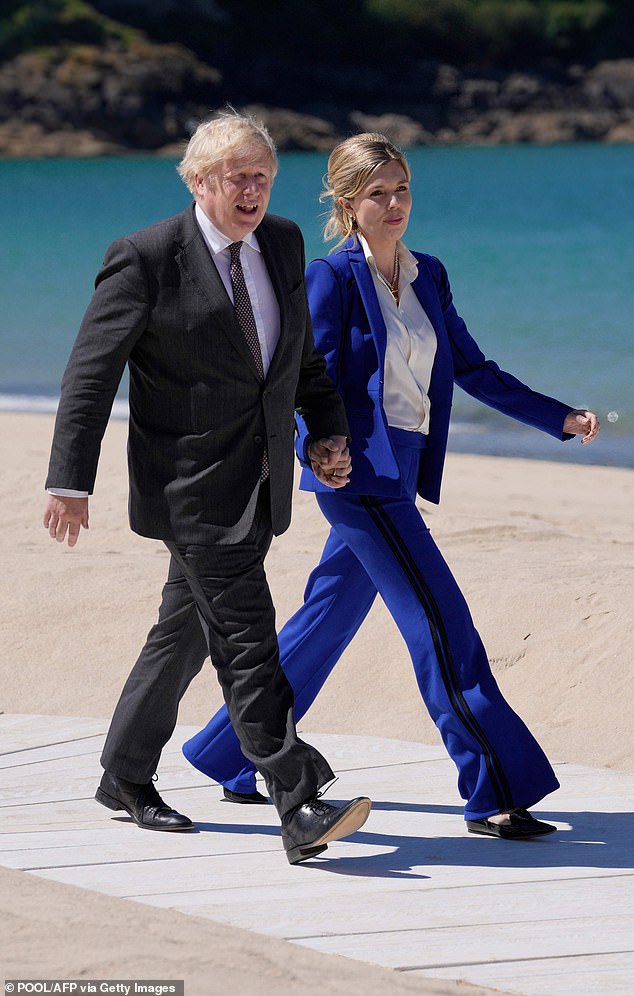 Someone who railed against political correctness has come over all Greta Thunberg and lumbered Britain with the most draconian decarbonisation targets in the developed world.

His off-colour jokes and hatred of political correctness have given way to modern sensibilities. He even backs England footballers taking the knee, for heaven’s sake, something he would have ridiculed remorselessly not so long ago.

Boris, a clever wordsmith skilled at cutting through cant, has recently resorted to spouting woke gobbledegook, babbling on at the G7 about building back ‘in a more gender-neutral and perhaps a more feminine way’. 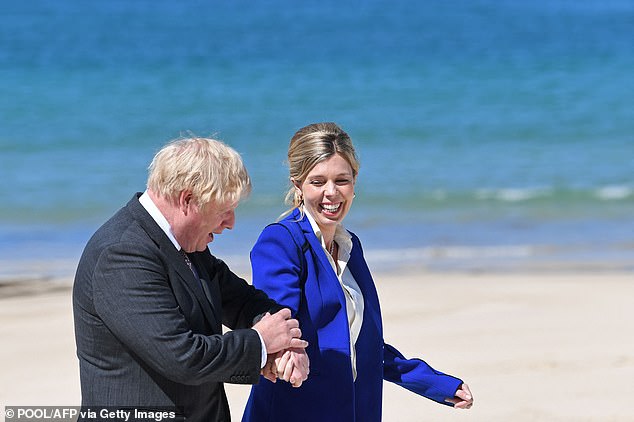 Boris and Carrie (can we stop calling her the First Lady — we’ve got one of those and she’s called the Queen) are also displaying certain traits associated with another famous couple.

For instance, parading their baybee while protecting his privacy and lecturing the rest of us about climate change while travelling by private jet.

Once upon a time, devil-may-care Boris would have got away with it. No one could have accused him of hypocrisy. Today, under the influence of his not exactly blushing bride, not so much. Who does all this sound like? Can’t wait for Carrie’s children’s book.

Laydees and gennulmen, I give you The Markles of Downing Street.

Mail reader Steve Healey writes from Ruislip, Middlesex, to tell me that his wife Jackie thinks that the young Keir Starmer in his New Romantic phase — before he morphed into Max Headroom — was the spitting image of wannabe pop star Mental Mickey, from Only Fools And Horses.