Ricky Martin, 49, suffered ‘a little PTSD’ when quizzed on sexuality by Barbara Walters in 2000


Ricky Martin says he was traumatized when he was encouraged to come out during a television interview with Barbara Walters on The View in 2000.

In a new interview for the annual Pride issue of People, Martin, 49, said: ‘When she dropped the question, I felt violated because I was just not ready to come out. I was very afraid. There’s a little PTSD with that.’

Martin came out as gay in 2010 with a statement on his website.

He is now married to artist Jwan Yosef, 37, and the couple share four children together – twins Valentino and Matteo, 12, and Lucia and Renn, both two.

At the time, Martin said, ‘I am proud to say that I am a fortunate homosexual man. I am very blessed to be who I am.’ 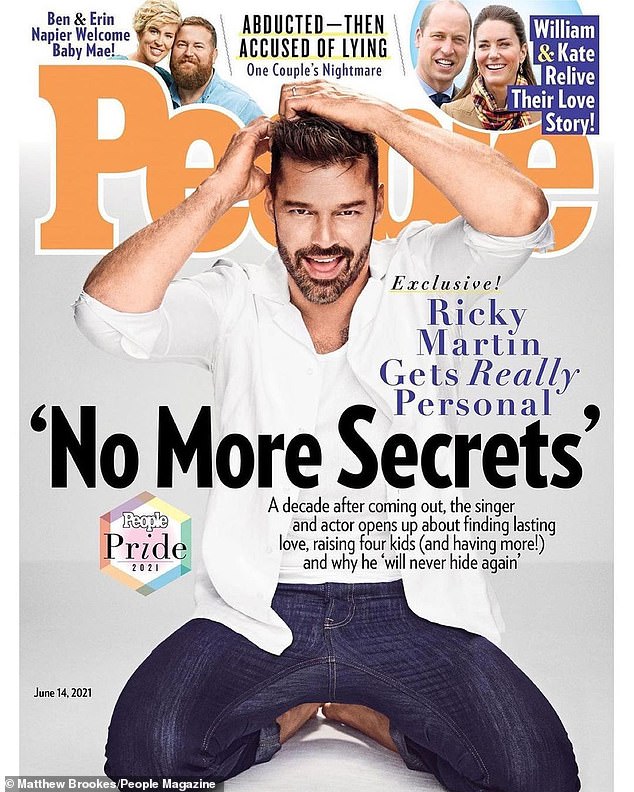 Ricky Martin, 49, told People magazine’s Pride issue he suffered post-traumatic stress disorder after he was pressured to come out in a 2000 Barbara Walters interview

A decade earlier, the Livin’ La Vida Loca singer sat down with Walters, 91, at the height of his fame to chat about his life and career.

But he was stunned when the legendary interviewer quizzed him on his sexuality.

Walters asked: ‘The rumors that talk about your sexual orientation, you must be aware of these?’

‘Do they hurt? How do you handle them?’, she pressed. 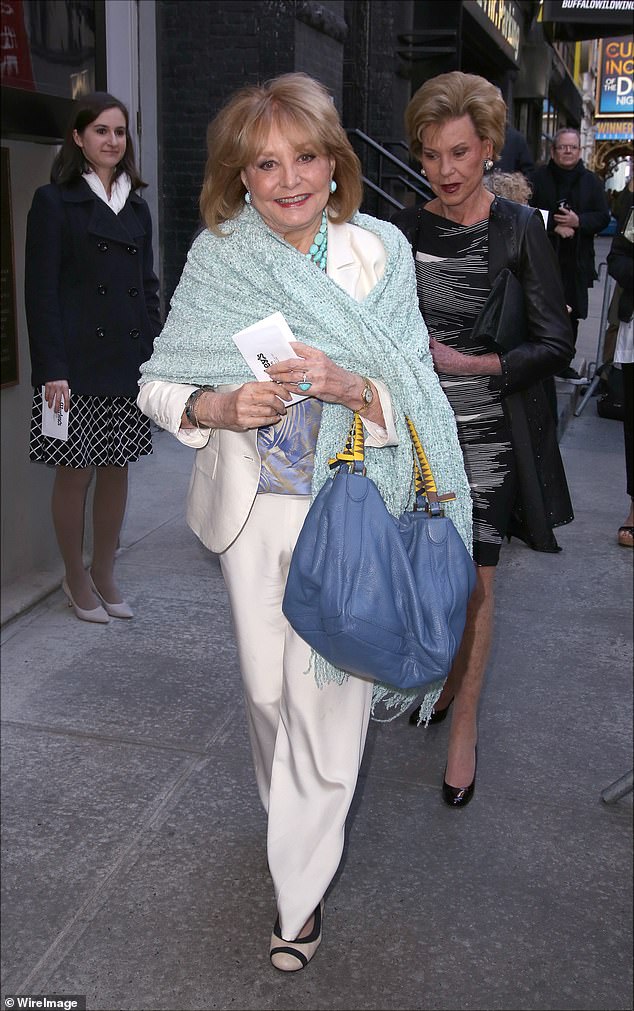 Walters, 91, asked Martin about his sexuality during a chat for The View but the singer was not ready to be open publicly about his private life (pictured in 2016)

Martin explained: ‘The word says it, “intimacy.” Sexuality and homosexuality should not be a problem for anybody. I think that sexuality is something that each individual should deal with in their own way, and that’s all I have to say about that.’

Walters, who retired and disappeared from TV screens in 2015, responded: ‘Well, you know you could stop these rumors. You could say, as many artists have, “yes I am gay” or you could say “no I’m not” or you could leave it, as you are, ambiguous.

‘I don’t want to put you on the spot and it’s in your power to do it and I’m bringing it up with you Ricky because you know that this is being said and you’re even being named.’

Martin affirmed: ‘Thank you so much for giving me the opportunity to express the rumors but, for some reason, I just don’t feel like it.’

The Latin star says he suffered post-traumatic stress disorder as a result of being put on the spot in such a public forum as he was not ready to discuss his sexuality so openly. 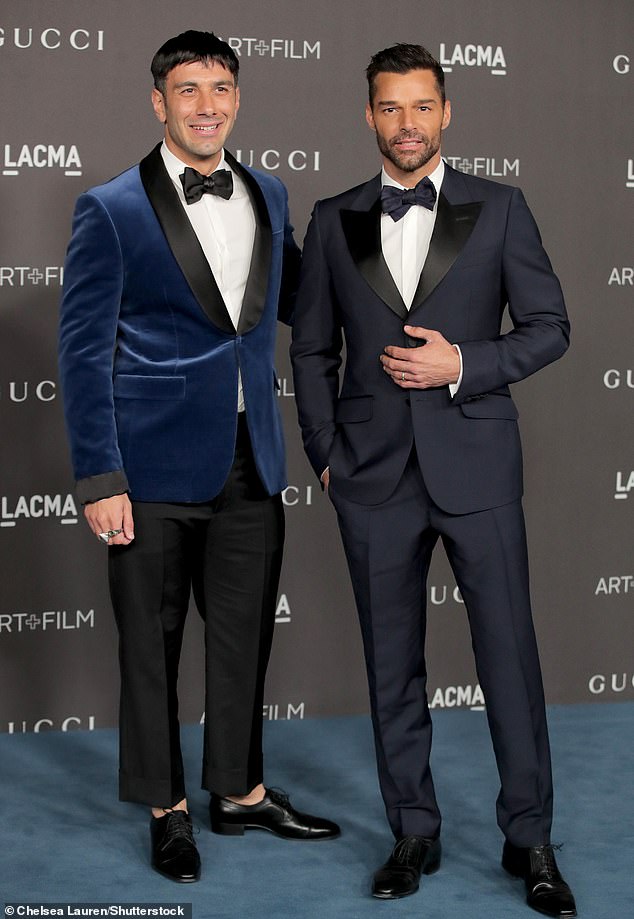 Martin is happy to share glimpses of his life with artist husband Jwan Yosef, 37, on social media nowadays 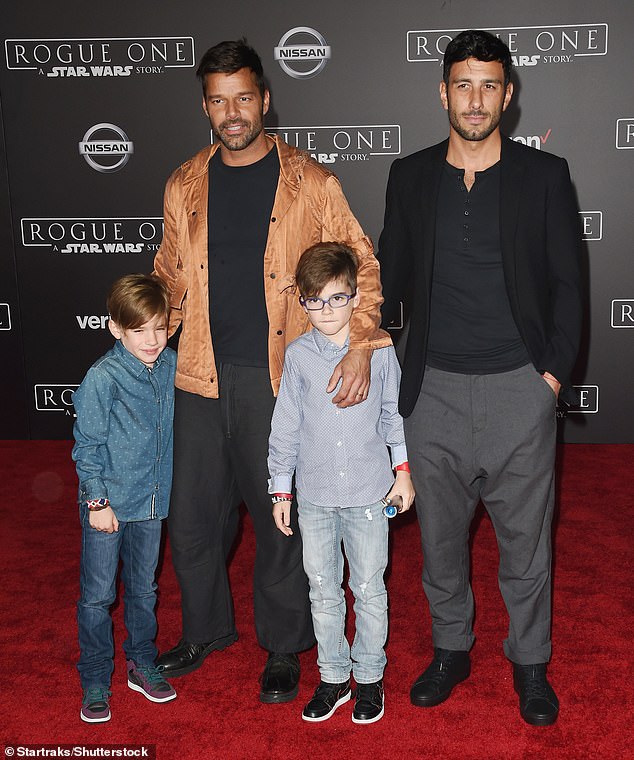 Martin and Jwan are fathers to twins Valentino and Matteo, 12 (pictured), and Lucia and Renn, both two

However, he now believes it would have been a good time to come out as gay, adding to People: ‘A lot of people say, what would you do differently? Well, maybe I would have come out in that interview. It would’ve been great because when I came out, it just felt amazing.’

He added, ‘When it comes to my sexuality, when it comes to who I am, I want to talk about what I’m made of, about everything that I am. Because if you hide it, it’s a life-or-death situation.’

In a later episode of The View, Walters admitted she’d made a mistake by pushing Martin to talk out on the matter. 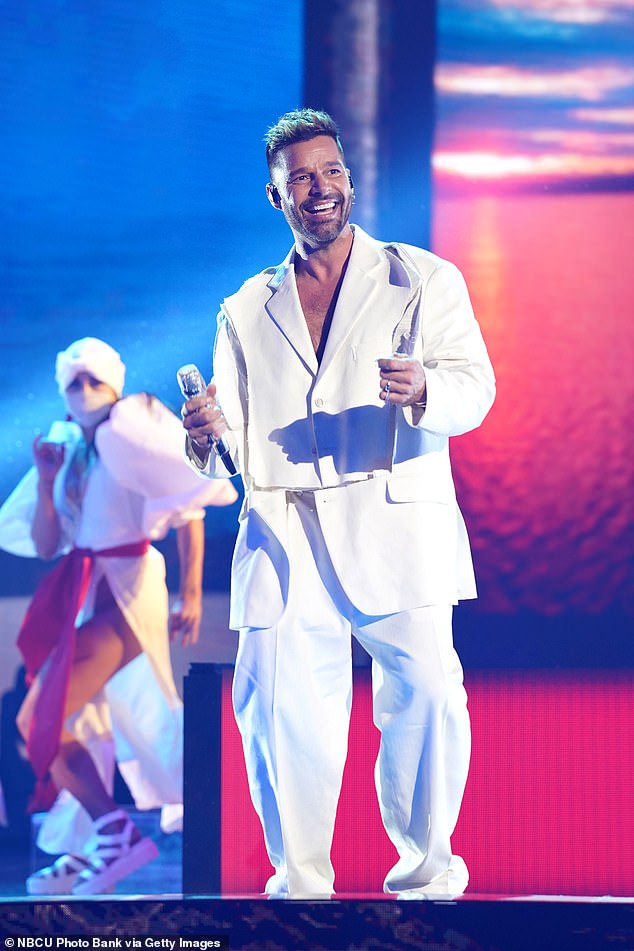 She said: ‘Was that a mistake? Looking back now, it feels like one.

‘Unless someone is openly gay and happy to talk about it, it’s nobody’s business – including mine.’

For many years, Martin was in an on-and-off platonic relationship with Mexican television host Rebecca de Alma, which lasted for over 14 years.

During his interview with People, Martin also discussed how there were not a lot of LGBTQ mentors around when he was younger.

‘There are many, many kids out there that don’t have someone to look up to. All they have around them is people telling them, ‘What you’re feeling is evil,” Martin said.

‘But, you can’t force someone to come out. But if you have an egg and you open it from the outside, only death comes out. But if the egg opens up from the inside, life comes out,’ he added.

Martin also expressed disappointment to People about his lack of acting offers, expressing concern that his sexuality may play a part in that.

‘I don’t know if I’m not getting parts because I’m gay,’ Martin said. ‘But if that’s the case, it’s really sad. I’m going to keep working until life is different.’ 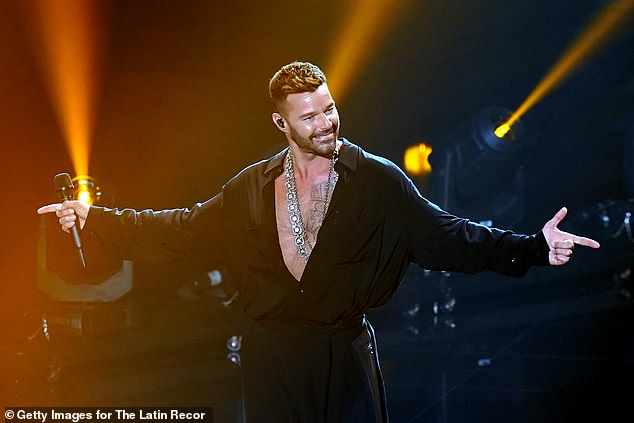 Instead of acting, Martin will be embarking on a musical tour with Enrique Iglesias in the fall

Martin was previously a star on General Hospital, Les Miserables on Broadway, and The Assassination of Gianni Versace, for which Martin was nominated for an Emmy.

Instead of acting, Martin will be embarking on a musical tour with Enrique Iglesias in the fall.

Drug dealers caught with 5kg of cocaine after undertaking a police car in £100,000 BMW on M6

Fox News host and former NYPD officer Dan Bongino ripped into the media and liberals on...