The 25-year-old was found in unstoppable form at Bramall Lane at Saturday lunchtime and threatened to bully the home side’s backline with lightning fast trickery across the rain-slicked turf.

It was a superb jink beyond two United players which helped Pep Guardiola‘s men fashion out Kyle Walker’s opening goal, and Ferdinand was unable to hold back his sheer admiration at the break. 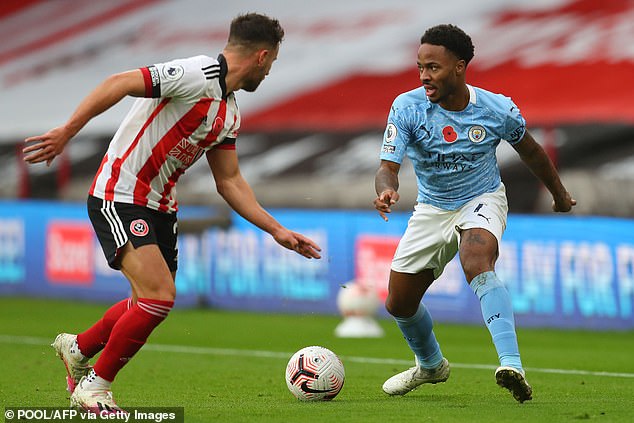 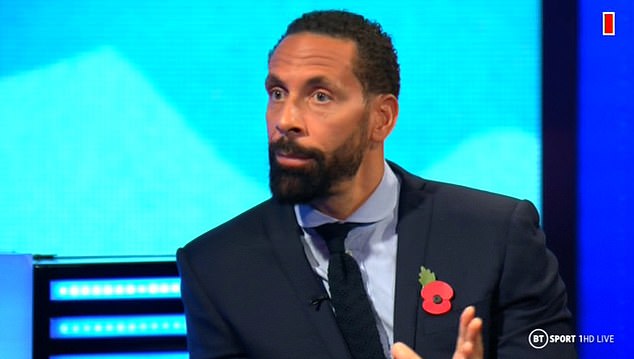 He told BT Sport: ‘Raheem Sterling has been at the centre of everything positive that City have done. He’s been unplayable.

‘They’ve not been able to manage and take care of Sterling in terms of getting the ball to feet or just his movement in general off the ball has been absolutely exquisite. 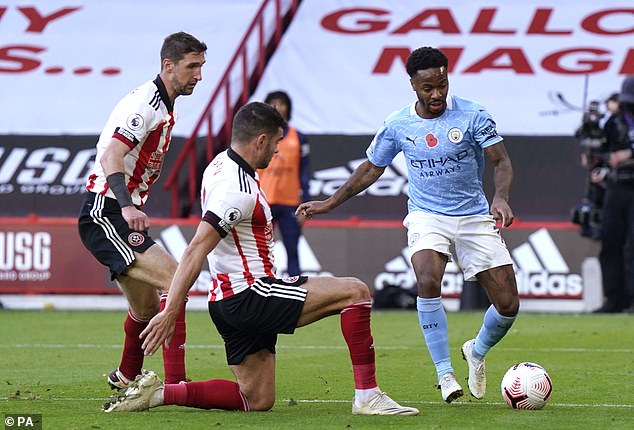 Sterling impressed, particularly in the first half, and played a key role in the game’s only goal

Social media was quickly rife with admiration for the England international after his moment of pure brilliance.

Sterling drifted through the back-tracking Chris Basham and Sam Baldock by feigning to head in one direction before rapidly dropping away to his right.

The shimmy was made even more impressive after Baldock clipped Sterling’s ankles. 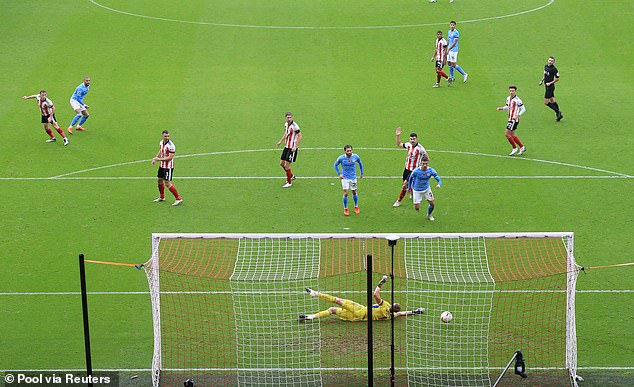 With the winger having kick-started City’s foray forward on 28 minutes, Kevin de Bruyne picked out Walker in space on the edge of the box with an inch-perfect crossfield ball.

The full back did the rest, rifling low to Aaron Ramsdale’s right and into the bottom corner against his hometown club.

Sterling has been faced with intense criticism at the start of the season, with just two league goals to his name so far, but partially fired back at his doubters in Yorkshire.

Walker’s goal proved the difference and settled the tight contest.