Rio Ferdinand says there are NO leaders in the Manchester United squad and insists Bruno Fernandes and Harry Maguire are NOT captain material: ‘I don’t see anybody who is going to ruffle feathers’

Rio Ferdinand has delivered a damning assessment of Manchester United‘s squad, claiming there is a real lack of leadership among Ole Gunnar Solskjaer’s side.

United have endured a very slow start to the new campaign, sitting 10th in the Premier League with 13 points from eight matches after just about scraping past lowly West Brom on the weekend.

And ahead of their Champions League home clash against Istanbul Basaksehir, former United centre back Ferdinand tore into the current squad while claiming Harry Maguire and Bruno Fernandes are not captain material. 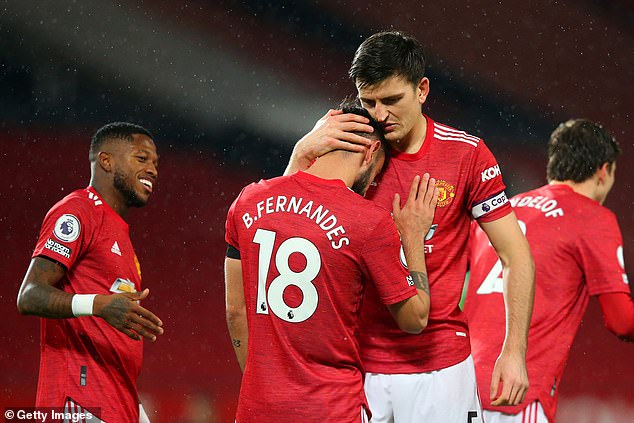 Ferdinand told BT Sport: ‘We were there the other day watching this game (West Brom). It’s not just about Ole on the sidelines, or Mike Phelan or Michael Carrick talking on the sidelines, but sometimes you need a player.

‘Bruno, who you don’t mind giving the ball away because he is the creative spark right, but he gave the ball away very cheaply probably about four times before half-time. 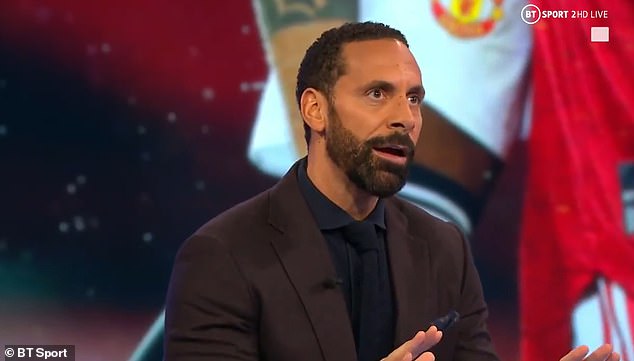 And when Gary Lineker mentioned Maguire and Fernandes as leaders in the United dressing room, Ferdinand shut him down instantly.

Ferdinand responded: ‘I don’t think they are to be honest. If you are being brutal, I don’t think any of them have shown any signs.

‘Maybe Bruno – a new player coming in and taking responsibility in interviews, and on the pitch you can see he demands the ball and takes responsibility that way – but I don’t see anybody who is going to ruffle feathers or pull someone aside and say “listen, you have given possession away cheaply the last three times, sort yourself out”.

‘Having no fans in the stadium is disgusting and we hate it but it has opened my eyes to see that there aren’t many leaders playing football at the moment and Man United are suffering from that.’ 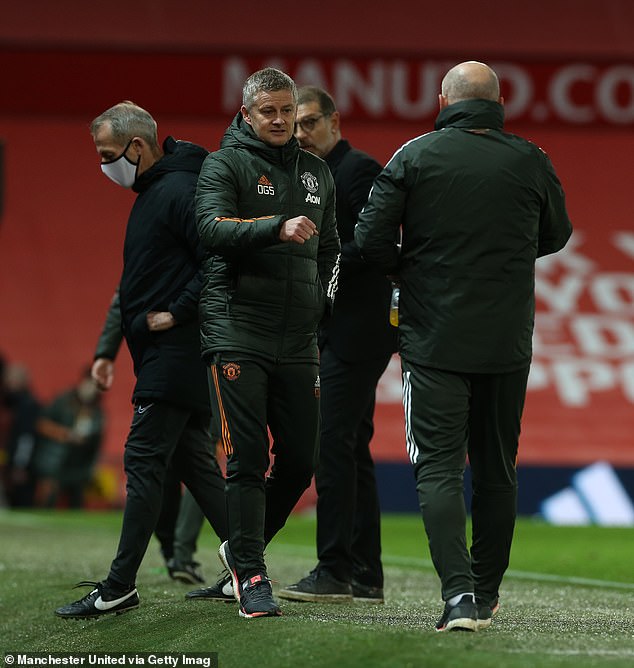 Ferdinand’s withering verdict of the United squad came after another club great in Paul Scholes questioned the side’s leadership.

Scholes said: ‘It is a very quiet team, it’s such a quiet team. And when you have young players in your team like a Rashford and Martial – I know they have played a lot of games – but sometimes they still need coaching.

‘They still need telling when they’ve got to run in the right areas. It is all about patience as well with this team. They have the quality to provide chances, we know that, but they do struggle.’