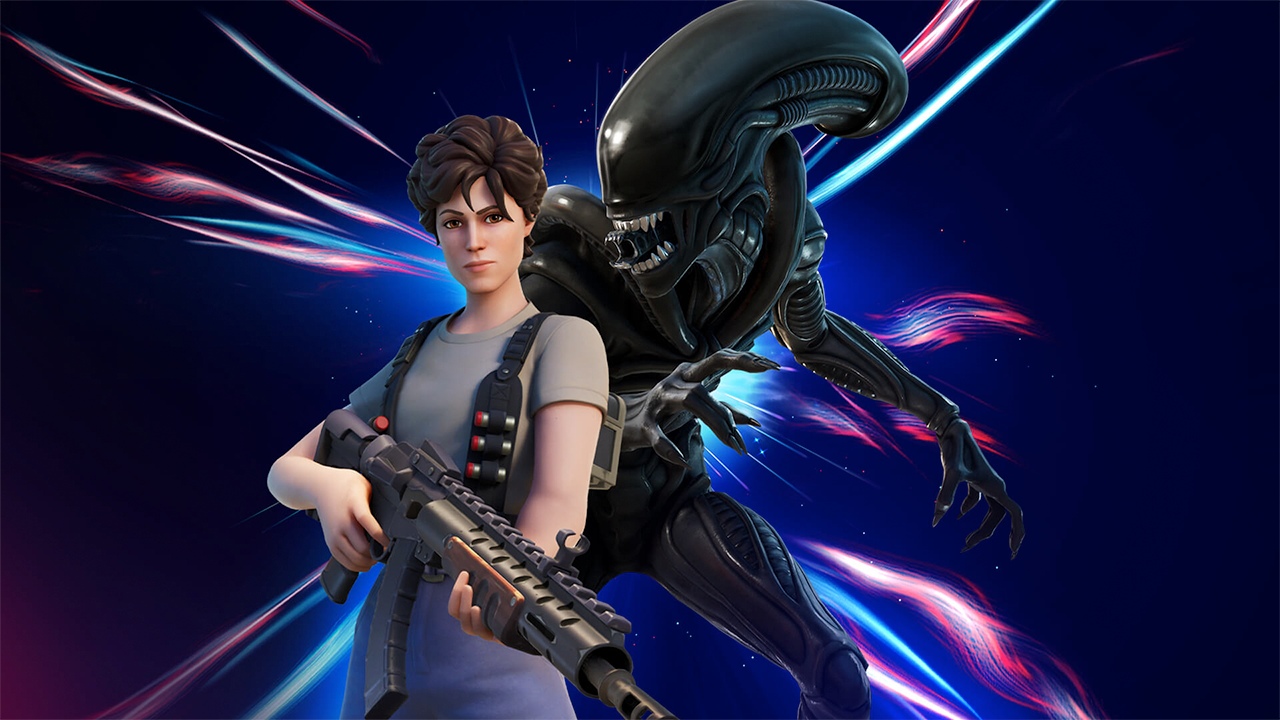 The Alien franchise has invaded Fortnite, as both Ripley and the Xenomorph are now available for purchase.Announced by The Fortnite Team, Ripley arrives with her Nostromo Crew Outfit variant and the Weyland-Yutani Cat Carrier, which comes complete with Jonesy the Cat.The Xenomorph comes equipped with not only the Xenomorph Tail Back Bling, but also the Xeno Menace built-in Emote.

The Space Gear Bundle is another purchasable addition from the Alien universe, and includes the P-500 Power Loader Arm Pickaxe, the Cheyenne Dropship Glider, and a new emote that’s “bursting on the scene.”

Ripley and the Xenomorph follow both Fortnite’s addition of Street Fighter’s Chun-Li and Ryu and the crossover with Tron.

This news also arrives a few days after Epic Games announced that any player who purchased its loot boxes called Loot Llamas in the Fortnite: Save the World mode will receive 1,000 V-Bucks for free following a class-action settlement.

For more on Fortnite, check out where you can find every Surface Hub so you can scan every server, and other crossovers including the Flash, The Terminator, and Sarah Connor.