‘He’s turning into Hulk!’: Ripped Bayern Munich star Leon Goretzka’s arms tear through his shirt in win over Lokomotiv Moscow – after wowing fans with his incredible body transformation during lockdown

Leon Goretzka’s muscular physique has once again wowed fans after his arms ripped through his shirt during Bayern Munich‘s 2-1 win over Lokomotiv Moscow on Tuesday.

Pictures from the Champions League game in Moscow showed the muscle-bound German with ripped sleeves as he celebrated scoring the opening goal after just 13 minutes for Bayern.

A photo of Goretzka’s left arm showed the sleeve had torn along the seam, leaving his tricep partially exposed for the rest of the game. 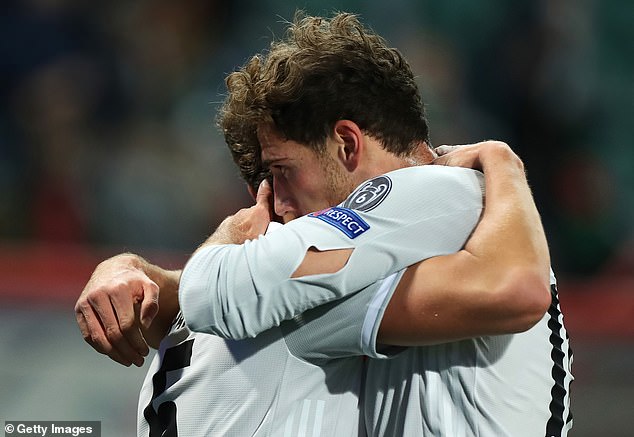 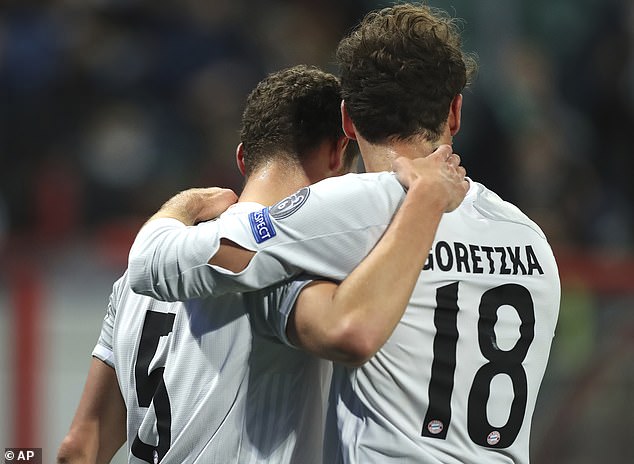 The reigning European champions went on beat the Russian side, thanks to a superb winner by Joshua Kimmich, but some fans remained fixated on Goretzka’s bulging arms.

One fan compared the German midfielder to Marvel superhero ‘the Hulk’ while another added that his ‘triceps are so immense his shirt can no longer contain them’.

Another joked: ‘Goretzka is hulking. Mans has a ripped shirt in the first 15 mins.’ 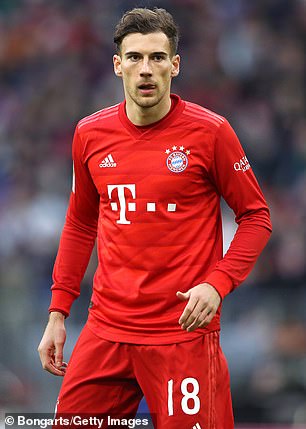 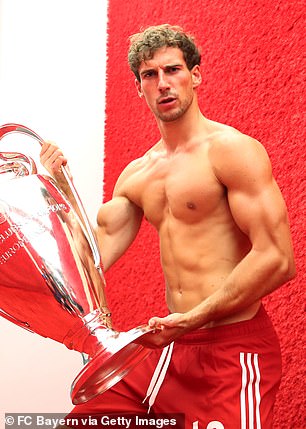 The latest stream of compliments for the 25-year-old come after fans were left amazed by his incredible body transformation.

While in lockdown, Goretzka, who had a slim and slender build in recent years, took the time to work on his physique during lockdown and the results were there for all to see back in May.

Goretzka has gone on to play a starring role for Bayern as they wrapped up a memorable treble last season.

Following Thiago’s summer departure to Liverpool, Goretzka will be expected to take the Spaniard’s reigns as the go-to man in midfield alongside Kimmich.

So far this season, he has scored four goals in eight appearances for Bayern from midfield while laying on two assists for team-mates.