‘It cuts to your core’: Rishi Sunak reveals ‘upsetting’ racist abuse he suffered as a child as he says ‘very tolerant’ Britain of today still has ‘more to do’ after Black Lives Matter protests

Rishi Sunak has opened up about the racism he experienced as a child, revealing the pain of being abused in front of his younger brother and sister.

The Chancellor, 40, appearing on Sophy Ridge on Sunday, said he wanted to ‘protect’ his younger siblings from the abuse he received while growing up in Southampton.

Mr Sunak’s grandparents were born in Punjab, India, and emigrated from East Africa to the UK in the 1960s. He is the eldest of three siblings.

Speaking on racism amid a wave of Black Lives Matter protests across the world following the killing of George Floyd, he said: ‘The things that stung me the most are when I’ve been with my younger siblings, when I was younger.

‘It’s one thing when they’re happening to you on your own, it’s difficult enough, but when I had my younger brother and sister with me, it was particularly upsetting

‘I didn’t want them to have to deal with it, I wanted to protect them from it.

‘It may just be words but actually they sting in a way that other things don’t. People call you different names for different reasons but there’s something about that [racism] that cuts to your core.’

The Chancellor insisted that he hadn’t suffered any abuse for many years and said that Britain was a far more tolerant country now than it had been in the past.

However, he acknowledged that there was still more to do to combat racism in society.

The comments come just days after an interview in which Mr Sunak opened up about his experience of racism in the UK.

Speaking to Sky while discussing the BLM movement last week, he said: ‘As a British Asian, of course I know that racism exists in our country, and I know people are upset, they’re angry and they want to see change.

Police chiefs imposed the 5pm curfew on all demonstrations in a bid to quell the unrest seen throughout the day as the anti-racist rally and a far-right counter-protest descended into hooliganism driven by a hard core of violent activists.

While a small number of pro-statue military veterans in uniform made their point peacefully, their protest was hijacked by others intent on confronting police and BLM supporters. 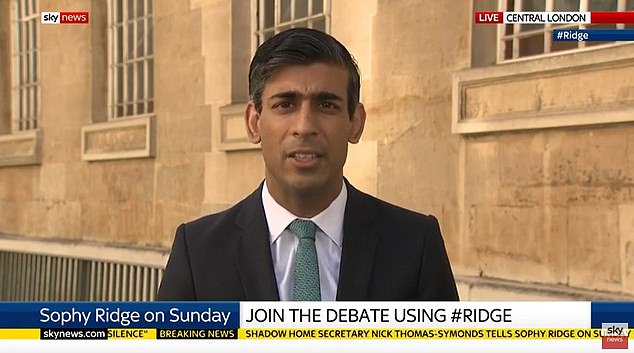 About an hour later, the first of several pitched battles erupted as police in riot gear tried to hold back crowds chanting ‘Eng-er-land’ and raising their arms in apparent Nazi salutes.

Time and again, the drunken mob lunged at police lines, which blocked them from moving down Whitehall towards Trafalgar Square, where some BLM supporters were gathered.

One small group of right-wingers did manage to find their way into Trafalgar Square to fight with BLM groups, but police contained the violence. Similar running battles occurred later in Hyde Park and at Waterloo station as rival groups clashed.

Several far right protesters were left bloodied after being being beaten by BLM activists. 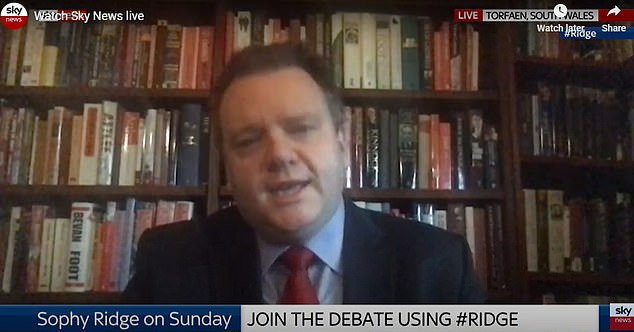 After the groups were driven out of Trafalgar Square at 5pm, the clashes spilled over to Waterloo station where a group of BLM activists were filmed beating a lone white man accused of being a member of a far right group.

Labour’s shadow home secretary Nick Thomas-Symonds said today that he was ‘extremely disturbed’ by the ‘completely unacceptable’ scenes of violence on the streets.

Speaking to Sky News’ Sophy Ridge on Sunday show, Mr Thomas-Symonds said: ‘I want to say a particular word as well about that awful scene of someone urinating next to PC Keith Palmer’s memorial.

‘Absolutely despicable behaviour and I hope that individual is identified and brought to justice.’

Children’s basic right to education has been put at risk

In pictures: protesters freed from detention centres in Belarus

Did you watch the Marvel comics superhero film Dr Strange and wonder why British actress Tilda...