The Chancellor will update MPs this morning on a package of support set to cost hundreds of millions of pounds to help firms in sectors such as hospitality, which have been badly hit by new restrictions this month.

Ministers announced yesterday that South Yorkshire would be moved into the top Tier Three restrictions at the weekend.

Talks to put Nottinghamshire into the ‘very high risk’ category are said to be close to completion.

With Merseyside and Lancashire already in Tier Three, and Greater Manchester set to go in just after midnight tonight, eight million people could be living under the toughest restrictions by the weekend. 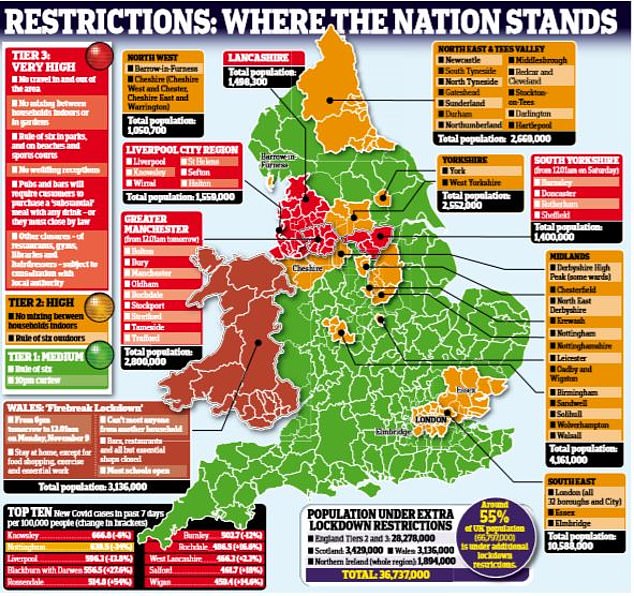 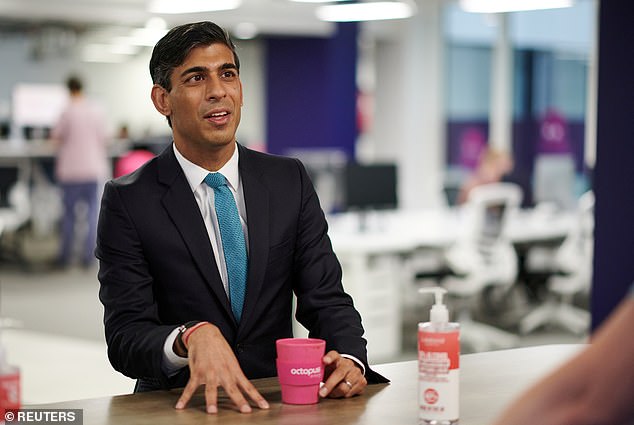 The Chancellor (pictured earlier this month) will update MPs this morning on a package of support set to cost hundreds of millions of pounds to help firms in sectors such as hospitality, which have been badly hit by new restrictions this month

Ministers are also in talks with West Yorkshire about entering Tier Three. But the North East and Teesside were yesterday given a reprieve following a ‘slight’ decline in the Covid rate.

Firms forced to close in Tier Three, such as betting shops and soft play centres, can already furlough their workers on two-thirds of their wages.

Mr Sunak’s intervention is expected to cut the costs faced by employers wanting to keep workers on part-time.

The Chancellor was last night finalising plans to ‘tweak’ the existing Job Support Scheme, which offers help to employers who are able to keep staff on for at least a third of their hours.

Under the existing scheme, staff can have their wages topped up to 77 per cent of normal. 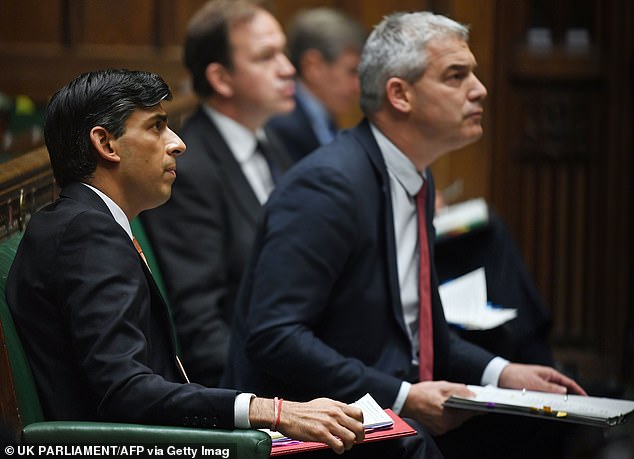 Mr Sunak is today expected to cut the cost of the employer’s contribution, with the state picking up more of the bill.

Treasury sources were tight-lipped about the precise details of the new scheme last night.

But any adjustment of the employer’s contribution is likely to mean a large bill for the taxpayer. 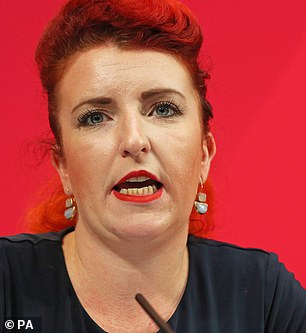 The Treasury has modelled anything from two to five million people taking up the support at a cost of roughly £300million a month – a total cost of up to £9billion over six months.

÷Pubs and restaurants in much of Scotland will remain closed for another week, Nicola Sturgeon said yesterday.