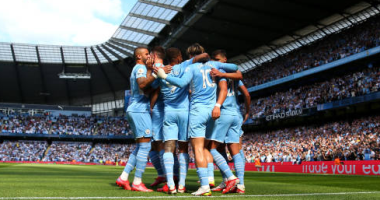 Manchester City coach Pep Guardiola announced the list of the team that is preparing to face the French team Paris Saint-Germain, in the confrontation scheduled for Tuesday evening, at nine o’clock in the evening, at the Princes Park stadium, at the top of the second round of the group stage competitions. UEFA Champions League for the current season 2021-2022.

Man City leads the first group with 3 points, after its wide victory in the first round over German Leipzig 6-3, while the Paris team fell into the trap of a positive tie against its Belgian host Club Brugge with a score of 1-1, and in the same group, Leipzig faces its counterpart Club Brugge.