ROBERT HARDMAN writes about the billionaire crown prince of partying


The crowds queuing up for the panto at the Churchill Theatre, Bromley, had never seen anything quite like it.

Into the car park growled one hefty, blacked-out limousine after another for what would turn out to be nothing less than a royal command performance.

It was a few days before Christmas in 2008. Prince Azim of Brunei, then 26, was in London and wanted to take some of his younger siblings to a production of his favourite pantomime, Cinderella. 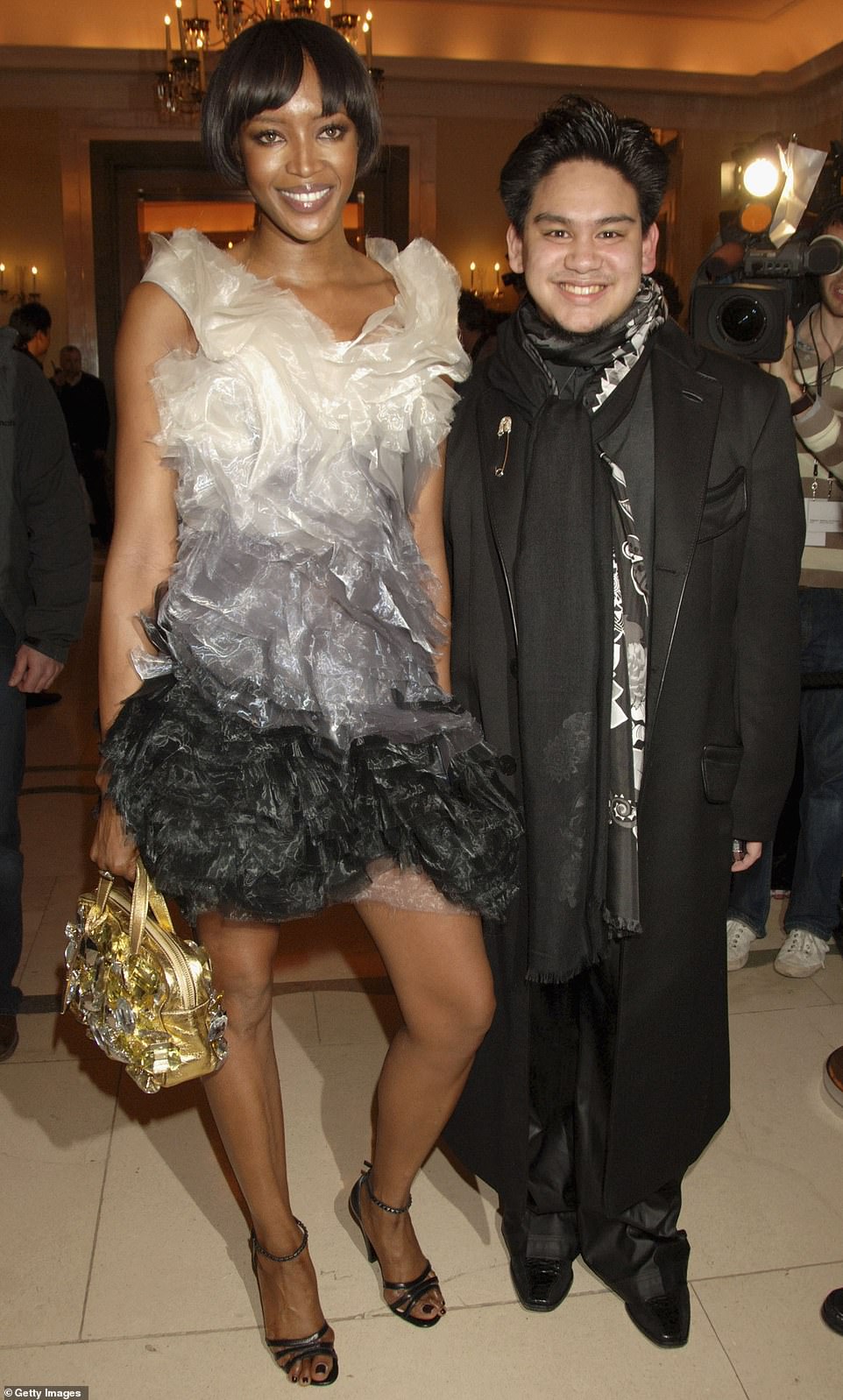 This week, it was announced that Prince Azim had passed away, unmarried, at the age of 38 after what was reported as a long illness. He is pictured above with supermodel Naomi Campbell during London Fashion Week in 2007 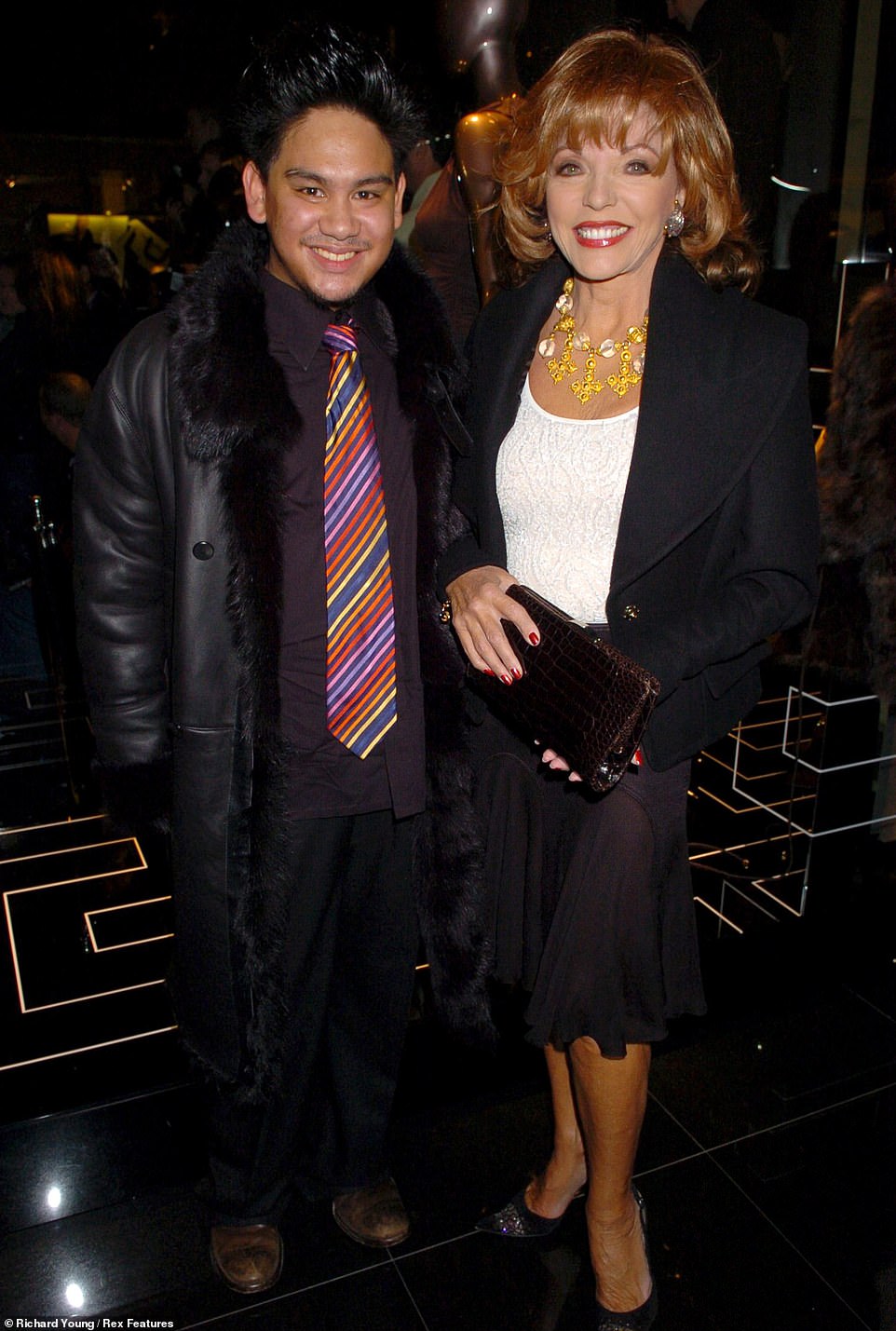 Prince Azim – the gentle, party-loving second son of the fabulously wealthy Sultan of Brunei – with Joan Collins in 2005 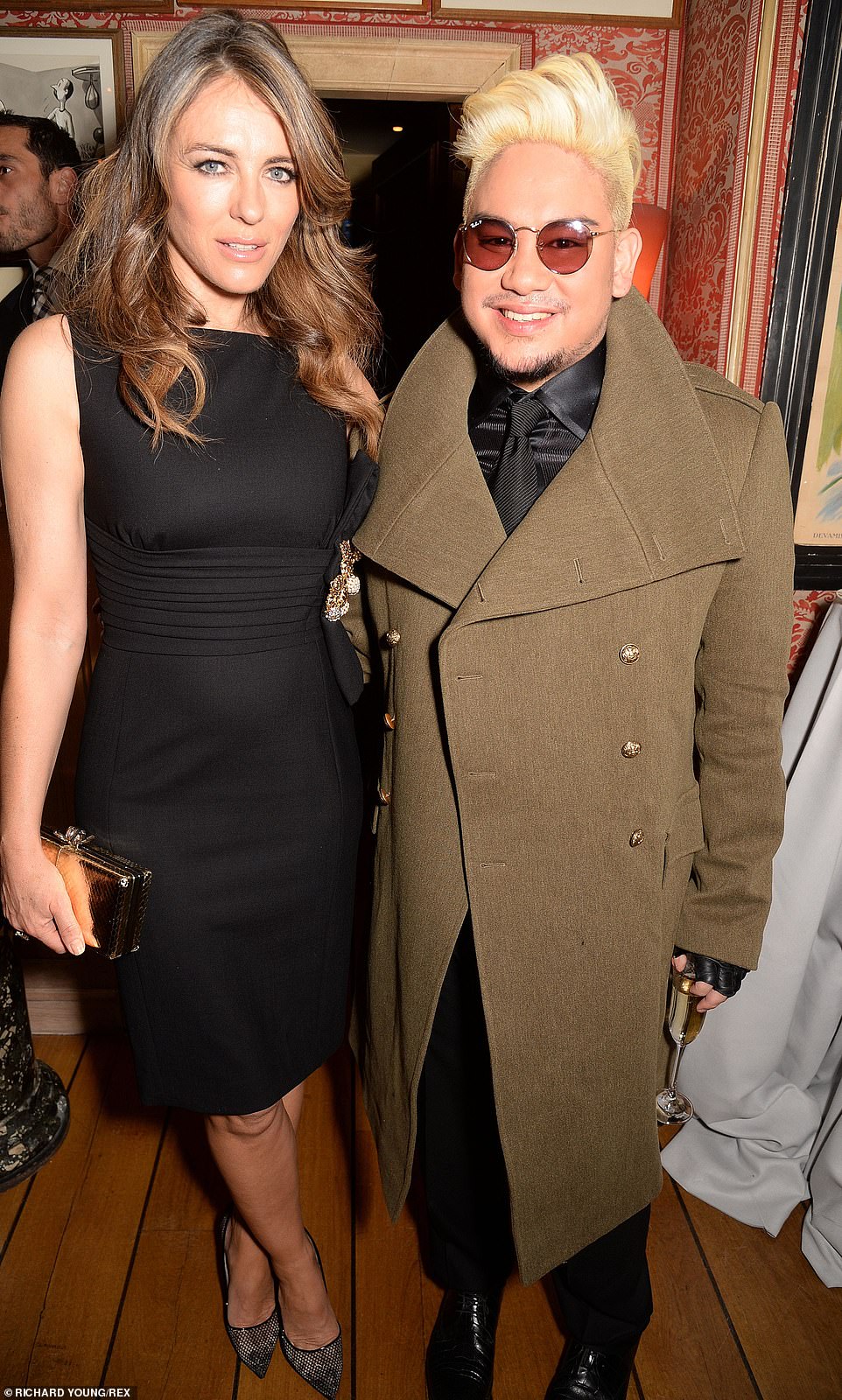 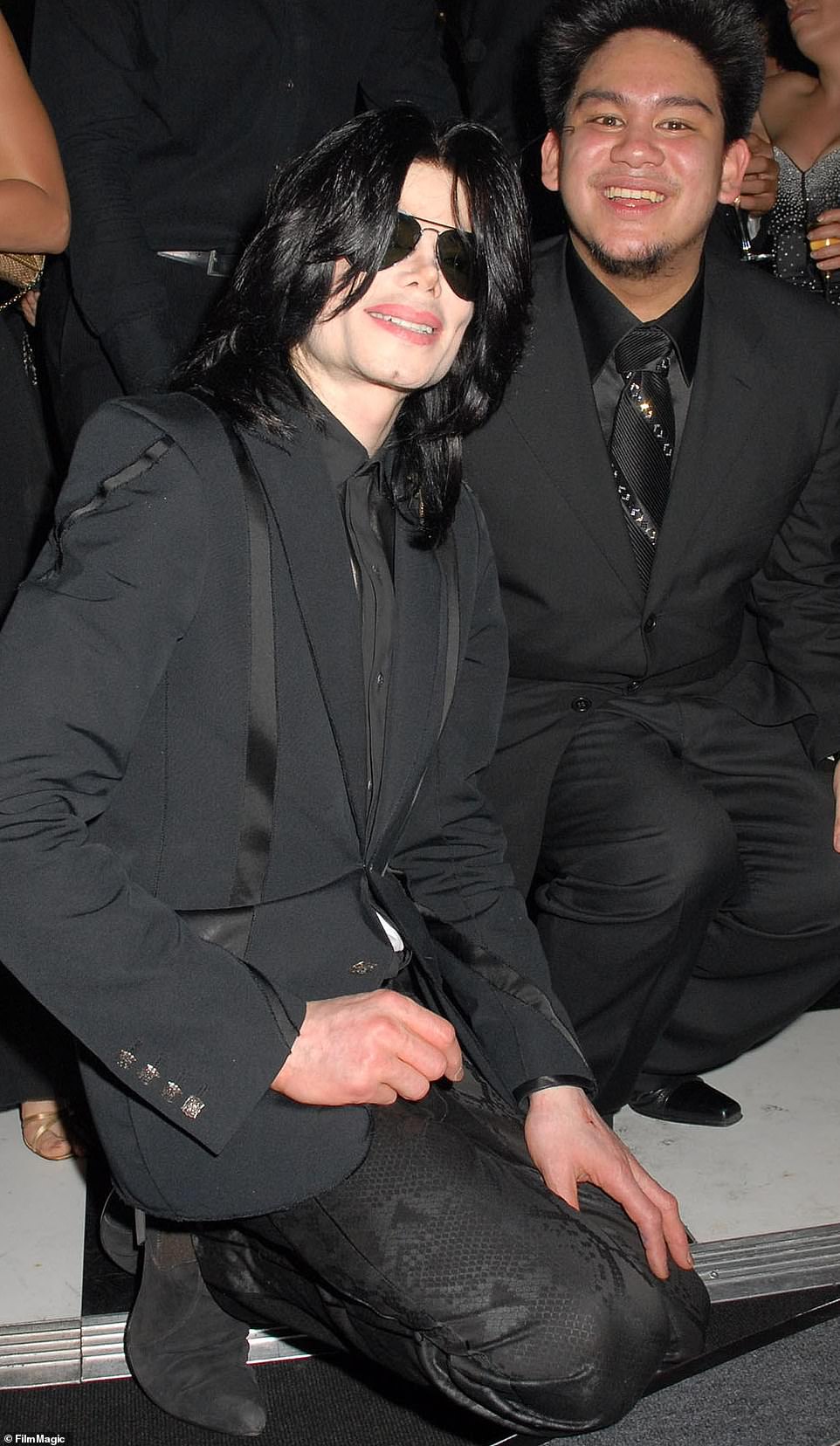 While Azim might often try to be the fun-loving Prince Charming figure on the celebrity circuits of London and Hollywood, this particular fairytale was not destined for a happy ending. (Above, with Michael Jackson in 2007)

And if the only available show was in the capital’s Kentish suburbs, then the entire entourage would bypass the West End and head for Bromley.

It was a typically impulsive but good-natured gesture by the gentle, party-loving second son of the fabulously wealthy Sultan of Brunei.

But while Azim might often try to be the fun-loving Prince Charming figure on the celebrity circuits of London and Hollywood, this particular fairytale was not destined for a happy ending.

This week, it was announced that the Prince had passed away, unmarried, at the age of 38 after what was reported as a long illness.

He died in his homeland, mourned at the sprawling, fountain-filled royal complex outside the Bruneian capital of Bandar Seri Begawan and buried on the same day, according to custom.

His funeral was attended by his immediate family but not by the bewildering constellation of associates he had come to regard as friends.

These ranged from the actress Raquel Welch and the supermodel Naomi Campbell to the singer Mariah Carey, and ex-Baywatch star Pamela Anderson (who sang at his 30th birthday party).

He was also, for a while, a great chum of the late Jade Goody, the gregarious one-time Big Brother contestant. 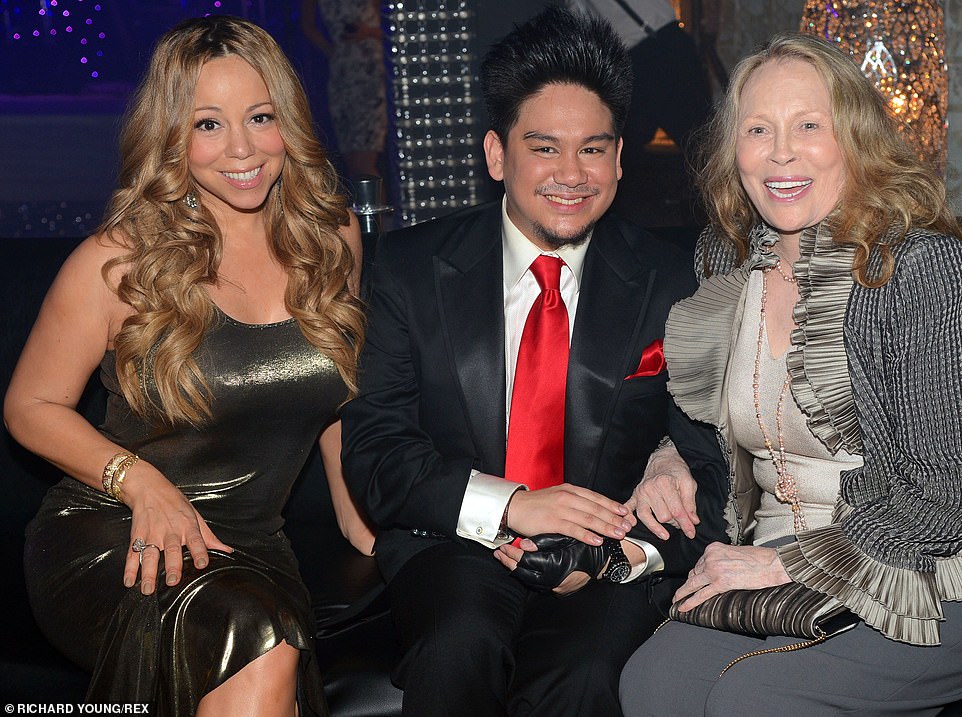 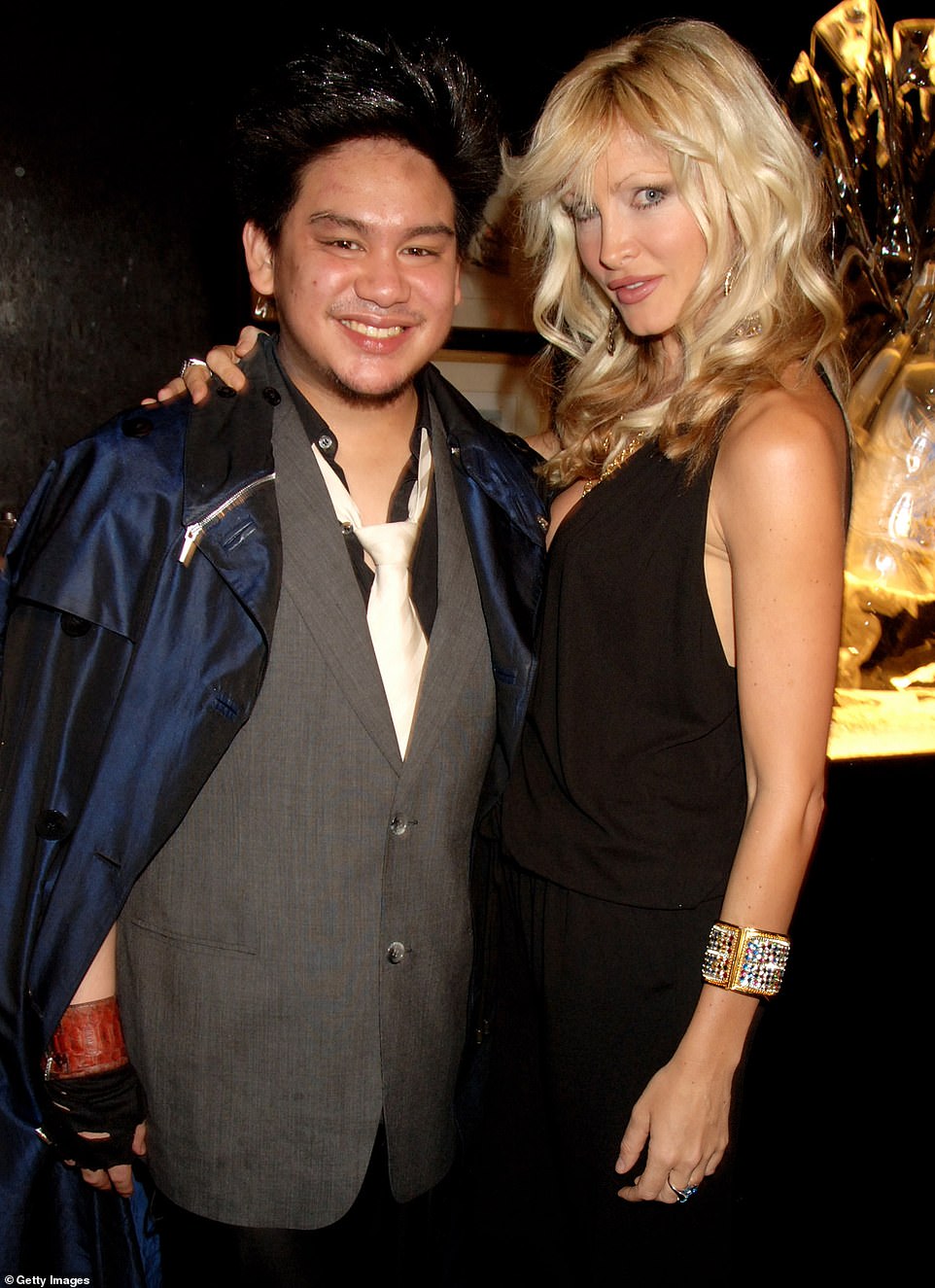 Azim’s great ambition was to make it as a film producer, in which regard he enjoyed some success under his industry name, Azim Bolkiah. (He is pictured above with model Caprice in 2007)

Such was the milieu in which he seemed happiest, though it was not a world which met with the approval of his family in the increasingly conservative Islamic sultanate.

Only last year, the tiny oil-rich kingdom – which sits on the northern shores of Borneo, protected with the help of the British Army – was proposing to introduce laws against homosexuality with the death penalty, by stoning, for repeat offenders.

The proposal was rescinded by the Sultan following global calls for a boycott of the country’s business interests, which include London’s Dorchester Hotel.

It was especially awkward for Prince Azim who had many gay friends.

He was a latter-day reminder of the contradictory lifestyle enjoyed by other members of wealthy Islamic royal families.

For many years, his uncle, the Sultan’s younger brother, Prince Jefri, had been the family playboy, famous for his love of fast cars and for parties aboard the motor yacht he liked to call ‘T*ts’.

By the time Jefri had been reined in and ordered to lead a more sedate life, the next generation were beginning to learn the ways of the world. In the case of Prince Azim, this consisted of a spell at the Berkshire public school, Leighton Park.

Run on Quaker lines, the alma mater of former Labour leader Michael Foot was certainly an interesting choice for a Muslim princeling destined for Sandhurst, like his father and elder brother.

Perhaps the Sultan was keen for his second son to avoid the same temptations as his own younger brother.

In the event, Prince Azim spent just a week at Sandhurst before dropping out. There were hopes he might follow his elder brother, Crown Prince Billah, who completed a course in Islamic studies at Magdalen College, Oxford. 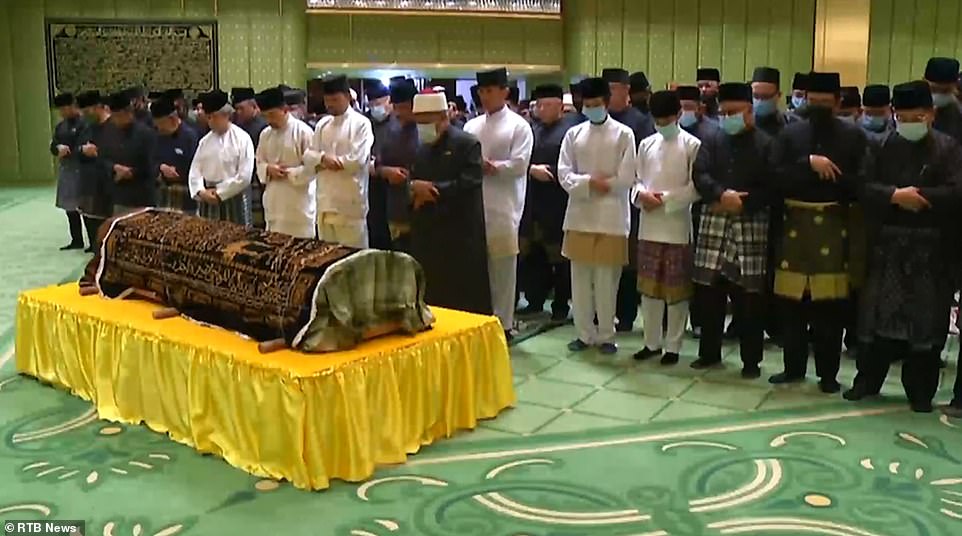 He died in his homeland and buried on the same day, according to custom. His funeral was attended by his immediate family

However, Azim’s application – disastrously endorsed by the Foreign Office – coincided with the furore surrounding the college’s refusal of a place to Laura Spence, a state-educated applicant with armfuls of A-grades.

Both the Labour chancellor, Gordon Brown, and the shadow education secretary, one Theresa May, weighed in to an increasingly toxic debate.

In the event, Prince Azim enrolled down the road at Oxford Brookes University to study politics and international relations.

If fortune always seemed to shine on Billah – who even won £2,000 on the National Lottery (though some wondered why on earth he was playing it in the first place) – it left Azim always looking for something else.

His great ambition was to make it as a film producer, in which regard he enjoyed some success under his industry name, Azim Bolkiah.

He was a producer of, among other things, You’re Not You, starring Hilary Swank as a classical pianist with a debilitating illness.

Latterly he was an executive producer of The Happy Prince, Rupert Everett’s bitter-sweet gay love story about the twilight years of Oscar Wilde, starring Emily Watson and Colin Firth.

Away from the studio, Prince Azim was keen to use his wealth and position to promote numerous good causes in Britain and elsewhere, including the Make-a-Wish Foundation and Fashion For Relief.

While some celebrities – Mariah Carey among them – would become regular friends, others were more interested in the bank balance, the title and the toys than in their diminutive owner. He was savvy enough to know it, admitting: ‘It comes with the territory.’

Indeed, Azim would sometimes joke about his quest to be photographed with the likes of Kate Moss or Claudia Schiffer.

‘I mean, I’ve met some of them before,’ he once said. ‘But I don’t really hang out with them.’ Not so much a happy prince as a lost one.

Victoria Derbyshire: 'I'll break the rule of six if it applies at Christmas'