Could face masks be made mandatory in offices? Housing Secretary Robert Jenrick says wearing coverings in workplaces ‘does have some benefit’ and it ‘will be taken into consideration’

Housing Secretary Robert Jenrick has suggested the Government could make the wearing of face masks in offices compulsory.

Mr Jenrick said wearing a face covering in an office setting ‘does have some benefit’ and the issue will be ‘taken into consideration’ by ministers as they look to curb the spread of coronavirus.

His comments represent a significant shift in the Government’s stance after Health Secretary Matt Hancock categorically ruled out the move in July. 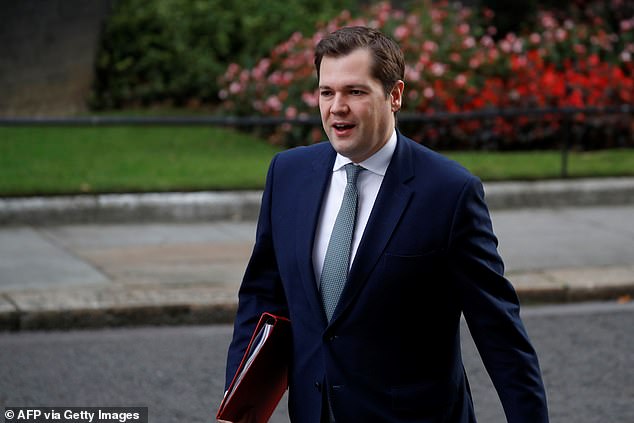 The wearing of face masks in England is already compulsory on public transport and in shops, with failure to adhere to the guidance being punishable with fines.

It was made mandatory for bar staff and shop workers to wear face coverings last month.

Mr Jenrick hinted the rules could be extended still further to cover office staff as he told the BBC: ‘Some workplaces are asking their employees to do so voluntarily.

‘It does have some benefit. So, I’m sure, as with other things, that will be taken into consideration by the Health Secretary and the chief medical officer, but we don’t have a plan today to take action in that respect.’

Mr Hancock said in July that the Government had no intention of requiring office workers to wear masks.

He said: ‘No, that isn’t going to happen, and the reason is that in offices you tend to spend a lot of time with the same people, and so the way to stop the spread of the virus in offices is to have social distancing, either two metres or one metre plus mitigations in place.

Mr Jenrick’s comments came as Transport for London (TfL) defended its policy of not fining the vast majority of passengers caught without a face covering.

The organisation insisted that offenders who are let off with a warning are likely to follow the rules on their next journey.

It has been mandatory to wear a face covering on public transport in England since June 15, in a bid to tackle the spread of coronavirus.

Passengers stopped for not wearing a face covering did not face further action if they had one with them and put it on.

This included those who had already completed their London Underground journey. 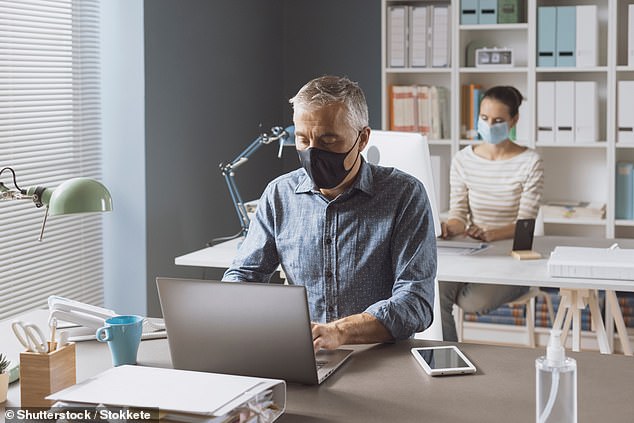 One man who was not carrying a covering was issued with a fixed penalty notice of £200.

Fines double each time someone is caught, up to a maximum of £6,400. TfL initially focused on encouraging compliance, but switched to an ‘enforcement phase’ on July 4.

Since then, officers have carried out 105,000 interventions, with 7,600 people stopped from boarding a train or bus, and 1,800 passengers removed from a service.

Some 400 fines have been issued by the transport body to passengers who have refused to comply with the guidance.

British Land to reinstate dividends as performance improves in Q2.

Target to offer another round of incentives to its employees, Shipt workers not included