‘It’s a pity we never got to see him playing in Serie A’: Roberto Mancini hails Robert Lewandowski as he labels Bayern Munich striker ‘one of the best in the world’

Italy manager Roberto Mancini has heaped praise on Robert Lewandowski and insists it is a ‘pity’ he has never played in Serie A.

The Bayern Munich striker has been one of the star players of 2020 guiding his club to domestic and European success, scoring 55 goals in all competitions last season and he was also named the UEFA Men’s Player of the Year.

And ahead of his side playing Poland in the UEFA Nations League on Sunday, ex-Inter and Man City boss Mancini lauded the talents of the 32-year-old striker. 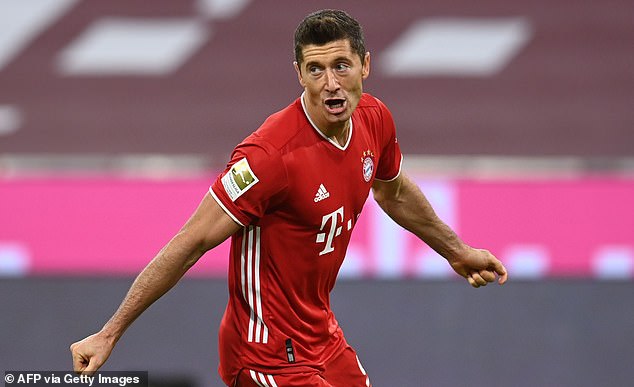 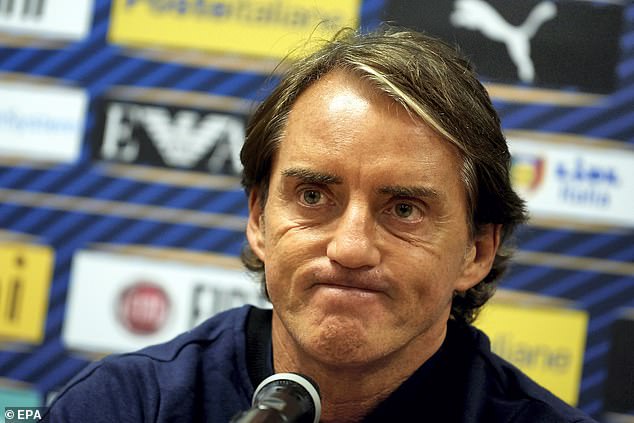 ‘Lewandowski is one of the best centre-forwards in the world and he has been for several years. It’s a pity we never got to see him playing in Serie A,’ Mancini said at his pre-match press conference.

‘He’s fundamental for Poland, although they also have other great players too. It’s fair to say any team would struggle against the likes of Lewandowski.

‘But Italy have always had some of the best defenders in the world and that remains true today. Of course, we can improve a great deal too.’

This season, Lewandowski has already scored five goals in three Bundesliga matches for Bayern and will be hoping to continue his good form for his country in Gdansk on Sunday. 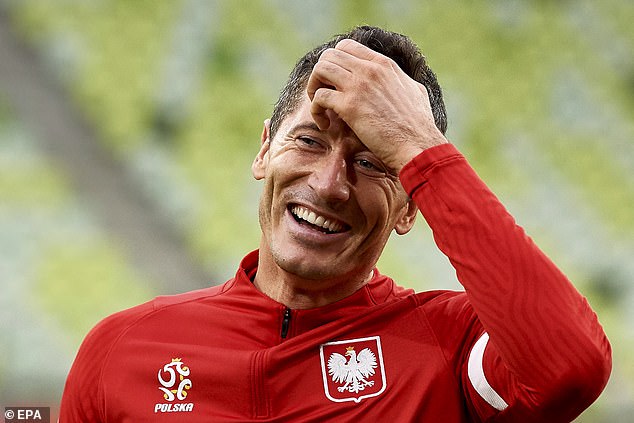 Italy, meanwhile, drew 1-1 to Bosnia and Herzegovina in their first Nations League game last month, before beating the Netherlands courtesy of a solitary Nicolo Barella goal.

Poland, on the other hand, lost to the Netherlands but did beat Bosnia and Herzegovina, meaning it’s all to play for in the Nations League Group A1.

A Poland side which did not include Lewandowski also beat Finland 5-1 in a friendly on Wednesday night.