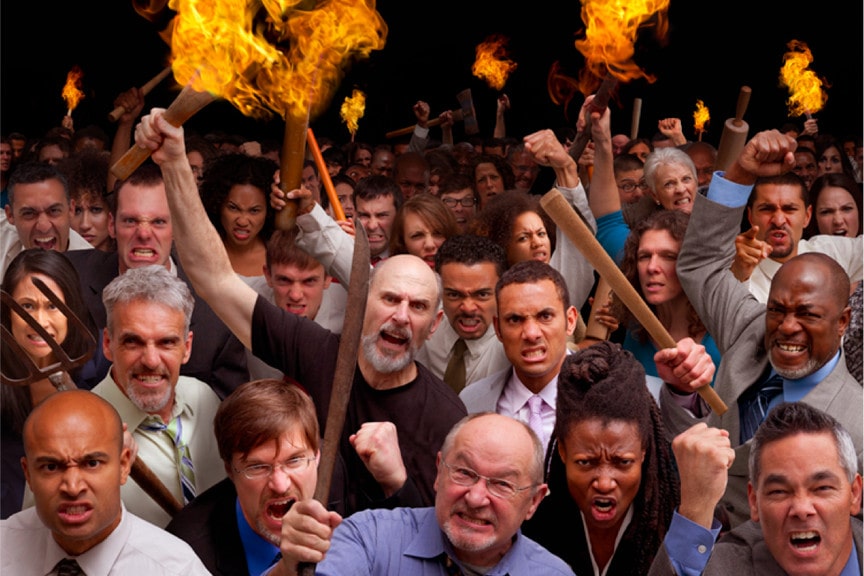 The past decade has been defined by a populist movement all over the world. From the Arab Spring to Brexit to mass protests on both sides of the American political aisle, millions of everyday citizens around the world have watched the rich getting richer while they get poorer, and decided they’ve had enough.

Set aside the specific reactions that populists have had for a moment, and consider what’s driven all that anger: skyrocketing income equality, and as we’ve seen this week, rigged markets.


If you’re just catching up, read Invezz author Charlie Hancox’s excellent breakdown of the Robinhood fiasco that saw the trading platform stop accepting buy orders on graveyard-to-penthouse stocks such as AMC (AMC) and GameStop (GME). The short version of the story is that waves of retail investors started making a killing by trading beaten-down stocks on Robinhood that were being shorted in droves by hedge funds. So Robinhood responded Thursday by restricting trading on AMC, GameStop, and other heavily traded former laggards to closing positions only. The result was that hedge funds caught a huge break, while retail investors got demolished as these graveyard stocks tanked.

It’s possible that the massive spike in Robinhood trading activity risked causing some huge catastrophe that we don’t know about. But if you want to know what’s triggered global outrage and a populist movement, consider what’s happened to the world economy during the COVID-19 crisis, and also what happened in the years leading up to it.

Want a raise? Too bad.

Forget average salaries. If you want to measure people’s ability to live and provide for their families, real wages is a better metric. Real wages refer to wages adjusted for inflation, i.e. the goods and services that can be bought with the money that you make. It turns out that real wages have stagnated in many of the largest economies of the world for more than 40 years.

That already bleak picture only begins to tell the full story. If you break down average real wages in the past 40-plus years, when gains have occurred they’ve overwhelmingly and disproportionately flowed to the highest tier of earners. As Pew Research explained in a 2018 report:

Meanwhile, wage gains have gone largely to the highest earners. Since 2000, usual weekly wages have risen 3% (in real terms) among workers in the lowest tenth of the earnings distribution and 4.3% among the lowest quarter. But among people in the top tenth of the distribution, real wages have risen a cumulative 15.7%, to $2,112 a week – nearly five times the usual weekly earnings of the bottom tenth ($426).

Macro studies like these also miss some of the finer points and bigger challenges facing folks who are just trying to get by. For instance, the average price of a home in the U.S. more than doubled from 2000 to 2020, blocking millions of families from attaining housing stability while making one of the most effective methods of wealth accumulation available only to those who can afford the rising price of admission.

The wealth gap becomes far more shocking when you consider what’s happened in the past year alone. Of the many forms of harm that the pandemic has caused, one of the most devastating has been massive spikes in global hunger. The rising death tools that we see on the news everyday don’t take into account the hundreds of millions of people around the world facing mounting food insecurity, and the fast-growing number of deaths caused by hunger related to COVID-19.

So how are the world’s billionaires doing while all this is going on? The super-rich have collected added trillions to their collective wealth since global lockdowns started popping up less than a year ago. It’s not hard to draw line from Point A to Point B too: While mom-and-pop businesses around the world have gone under during the pandemic, megacompanies like Amazon have seen massive growth in revenue and market share.

Stagnant wages. Declining rights for labourers. Mass job losses. Millions dying from a deadly virus and the poverty and hunger that have come with it. All coupled with skyrocketing housing prices, billionaires becoming multi-billionaires, bailouts for corporations while individuals go broke, and a political class that so far has done almost nothing to solve any of these problems, other than voicing their supposed outrage on Twitter.

Given all of those toxic factors smashed together, you can see why people would look at Robinhood’s breakdown and conclude that the game of life is rigged. You can also see why the populist movement is raging, and why people around the world are beginning to revolt.

WallStreetBets, we salute you.

A fight is raging in the stock market. Should you worry about your 401(k)?

Iran and Biden .. Who Steps First?

Iran and Biden .. Who Steps First?