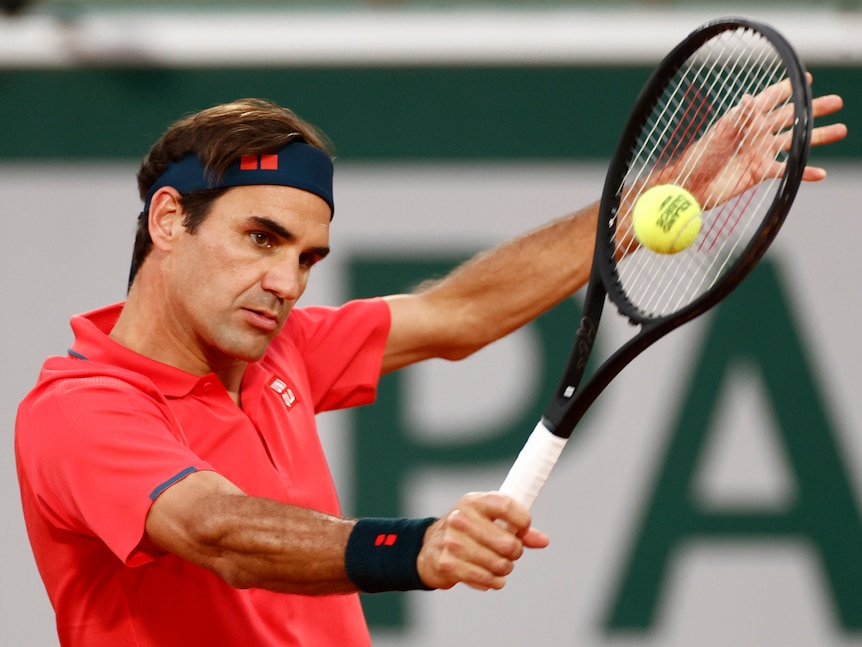 Roger Federer has moved into the fourth round of a major for a record-extending 68th time after getting through a four-set test at the French Open against Dominik Koepfer.

Federer, who next plays Matteo Berrettini, joins his great rivals Rafael Nadal and Novak Djokovic in the round of 16.

Defending champion Iga Świątek, who beat Kenin in last year’s final, recovered from a slow start for her latest win.

Nadal barely broke sweat as he continued his quest for a 21st major singles title with a brutal 6-3, 6-3, 6-3 dismantling of Briton Cameron Norrie.

The Spaniard, who won a record-extending 13th title at Roland Garros last year, extended his run at the claycourt major to an unbelievable 30 sets won in a row.

He last dropped a set against Dominic Thiem in the 2019 final and although he was broken twice by world number 45 Norrie in the second set, another straight-sets victory always appeared the most likely outcome.

Nadal served out the one-sided contest in a shade over two hours, staying fresh for the toughest part of his campaign.

He sent down 35 winners, including three aces, and broke Norrie’s serve six times in the match as he stormed into round four, where he will battle Italy’s Jannik Sinner — the 18th seed — for a place in the quarter-finals.

“It is going to be a tough one. He’s young. He’s improving every week. He has big shots,” Nadal said of Sinner.

“I need to be solid. I need to be aggressive too, because if not it’s very difficult. I need to make him play from tough positions, and I can’t make a lot of mistakes.”

Djokovic reached the fourth round of the French Open for a record 12th consecutive year.

The top seed has not been pushed yet in any match so far this tournament, with his latest victory a 6-1, 6-4, 6-1 defeat of the 93rd-ranked Ricardas Berankis.

Djokovic will meet 19-year-old Lorenzo Musetti of Italy for a spot in the quarter-finals.

Kenin clinched victory on her third match point against the 28th-seeded Pegula.

The 22-year-old Kenin won the Australian Open last year for her first and only major title so far.

Świątek rallied from a slow start, having been down a break in the opening set, but regrouped to beat Anett Kontaveit 7-6 (7/4), 6-0.

The Pole has won 20 consecutive sets at Roland Garros and that streak was in jeopardy when she trailed 4-2. She dominated from there and lost only 12 points in the second set.

The eighth-seeded Świątek next plays 18-year-old Ukrainian Marta Kostyuk, who has reached the round of 16 at a major event for the first time.

Teenager Coco Gauff reached the last 16 of the French Open for the first time after fellow American Jennifer Brady quit with a foot injury, having lost the first set 6-1.

The 17-year-old was in complete command as she won the first set in 23 minutes, with only one unforced error to her name.

Australian Open runner-up Brady then asked for medical assistance and decided that she could no longer continue.

Gauff, who has now reached the last 16 of three of the four majors, will next face Tunisian 25th seed Ons Jabeur, like herself a former French Open junior champion.

Why Jimmy McGovern's prison drama Time is 'difficult to watch'

British expert: It seems that the new vaccines are able to deal with the new surge of Corona

As Collingwood readies for its marquee Queen's Birthday clash with Melbourne, a favourite son is preparing...