‘I don’t know if after Leo’s quotes I am going to have a quiet life’: Ronald Koeman prepared for more turbulence at Barcelona despite Lionel Messi’s call for unity after failing to force through a summer exit

Ronald Koeman said he does not expect a ‘quiet life’ at Barcelona despite Lionel Messi‘s rallying call for unity after a summer of upheaval at the Nou Camp.

Messi tried to leave Barca during the summer after a number of high profile fall-outs with board members and president Josep Bartomeu, but the club managed to block a move with the help of LaLiga.

The forward openly admitted he no longer feels Barca can challenge for the biggest trophies and also slammed the decision to force out close friend Luis Suarez, writing on Instagram:  ‘You did not deserve for them to throw you out like they did. But the truth is that at this stage nothing surprises me anymore.’ 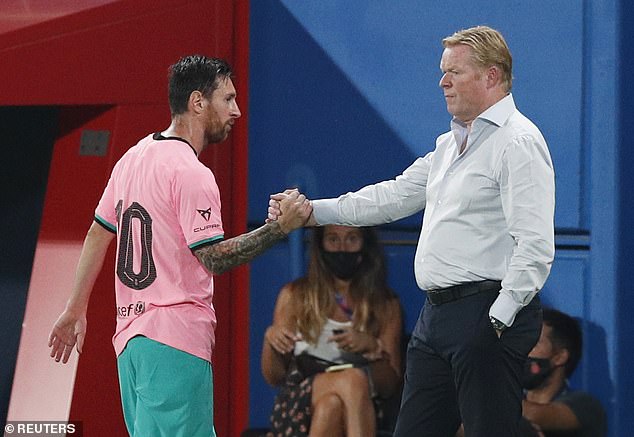 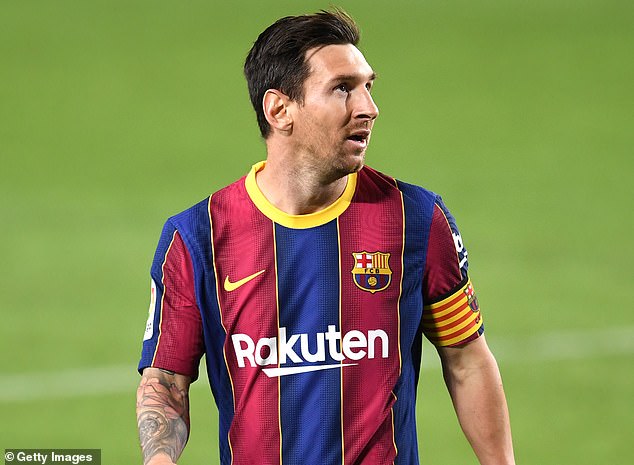 But despite his public criticism, Messi scored a penalty during Barca’s 4-0 home win against Villarreal on Sunday and called for unity in an interview with Spanish publication SPORT.

He said: ‘I take responsibility for my errors and if they existed, it was only to make FC Barcelona better and stronger.

‘I wanted to send a message to all the socios and fans that follow us. If at any moment, any of them were annoyed by something that I said or did, let there be no doubts that anything I did was always with the club’s best interests in mind. 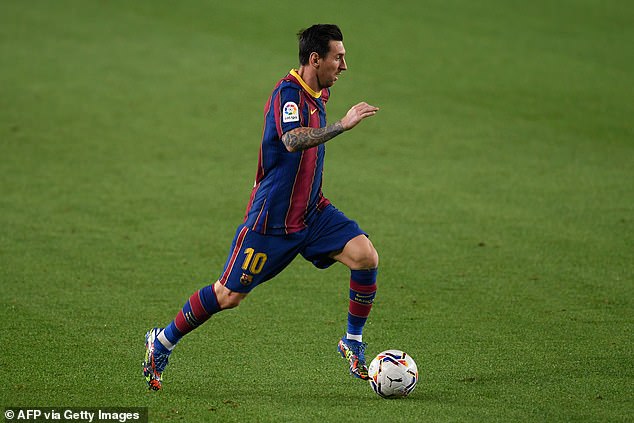 ‘After so many disagreements, I would like to bring an end to everything. We all have to be united and assume that the best is yet to come.’

Koeman, who was appointed in the midst of Messi’s attempted move, believes there will still be challenges ahead but admitted it was positive the captain wants to move on from the saga.

‘I don’t know if after Leo’s quotes I am going to have a quiet life,’ he said when asked to comment on Messi’s interview.

‘I don’t think so because always there’s something here but it is very positive the captain asks for unity, I hope we all are more calm in respect of what we experienced in the last weeks.’

Koeman was also asked how he plans to keep Messi at the club, with the forward free to leave at the end of the season.

‘I don’t know if it is entirely in my hands. As a coach I think we must find the best possible team to help him to shine, finding a position where he can produce his best performance as he always did for this club.