Portugal coach Fernando Santos has announced the list of his players, ahead of the match against Luxembourg in the sixth round of Group A qualifiers for the 2022 World Cup in Qatar..

Portugal will host Luxembourg on Tuesday, 12 October, at nine o’clock in the evening, Cairo time.

The Portugal squad witnessed the inclusion of Bruno Fernandes, Cristiano Ronaldo, Diogo Dalot from the Manchester United team, during the next stoppage, and Robin Diaz, Bernardo Silva, Joao Cancelo were called up in the Portugal national team list, while Atlético Madrid striker Joao Felix was absent.. 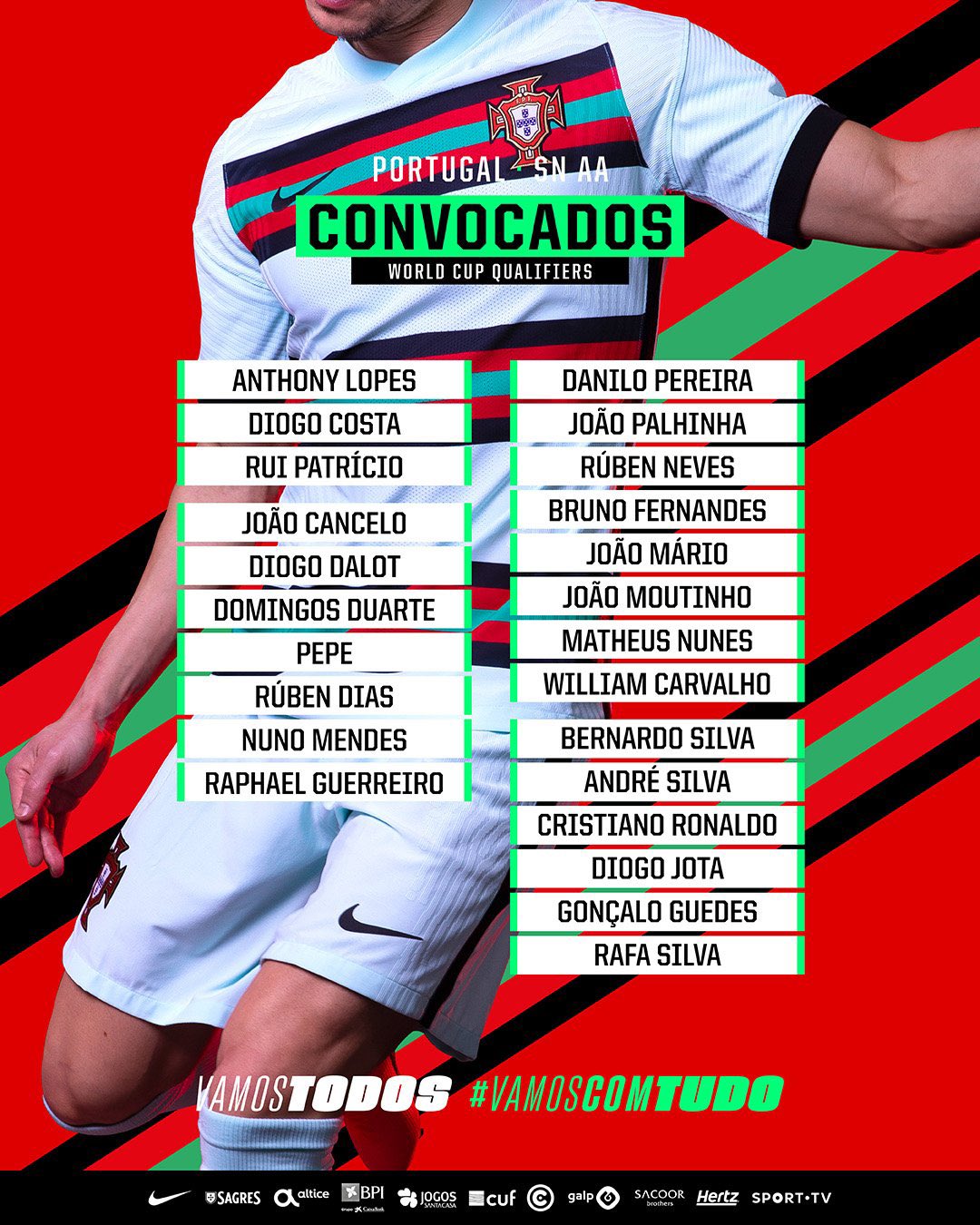 Portugal will face Qatar in a friendly match next Saturday, 9 October, at 9:15 pm Cairo time..