Ronaldo opens his goals with Manchester United against Newcastle in the 45th minute.. Video 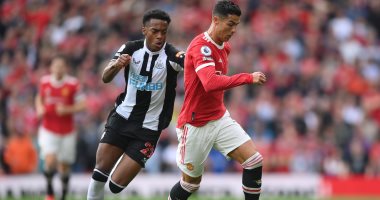 Portuguese star Cristiano Ronaldo scored the first goal for Man United against Newcastle United, in the 45th minute of the match that brought them together at Old Trafford in the fourth round of the English Premier League for the 2021-2022 season.

This is the first goal for the Don after his return to Man United during the current summer transfer period from Italian Juventus.

Ronaldo was back to form his team Official Manchester United club for the first time in 12 years and 181 days, against Newcastle United.

Cristiano enjoys playing against Newcastle, he has a great record against them, he faced them 11 times, scored 6 goals and made 5 others, before today’s match.

In total, Ronaldo participated with United in 292 games before leaving, during which he scored 118 goals, becoming one of the club’s legends, and one of those who lived through the golden era under the leadership of Sir Alex Ferguson.

Manchester United enters the match today, occupying third place in the English Premier League table with 7 points from two victories and a draw, two points behind the leaders Tottenham Hotspur, and a goal difference from West Ham United, the runner-up. As for Newcastle United, it occupies the seventeenth place in the table with one point, He has not achieved any victory yet.