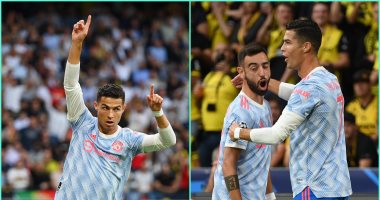 Portuguese star Cristiano Ronaldo, Manchester United player, scored the first goal against Swiss Young Boys, in the 13th minute of the match currently being held between them at the “Suis Wankdorf” stadium, in the first round of Group F of the Champions League for the current season 2021-2022. As a result, Man United led 1-0.

Ronaldo led Man United to a great victory over Newcastle United, 4-1, in the match that brought them together at Old Trafford, in the fourth round of the English Premier League.

And Man United managed to win against Young Boys, in the two matches that brought them together in the Champions League in the last period, as tomorrow’s meeting is the third confrontation between the two teams face to face.

How can spices help you lose weight?..more than cardamom and cinnamon

How can spices help you lose weight?..more than cardamom and cinnamon