Ronaldo: Sir Ferguson is my father and the main reason for my return to Manchester United 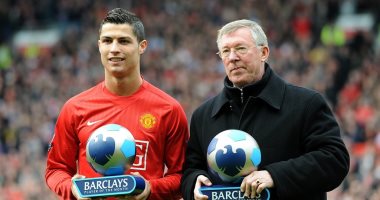 The Portuguese, Cristiano Ronaldo, the Manchester United star, likened his former coach, Sir Alex Ferguson, to his footballing father, saying: “Sir Alex Ferguson is like my father in the world of football.”

And Cristiano Ronaldo added, in statements to the official Manchester United channel via YouTube, saying: “Sir Alex Ferguson played a prominent role in my transfer to the team when I was 18 years old, he helped me and taught me many things and I am in constant contact with him.”

And Cristiano continued his statements: “I have a wonderful relationship with coach Oli. I am at his disposal and he can rely on me for whatever he wants. I am ready to help the team in everything.”

Legend Ronaldo responded to his decision to move to Manchester United by saying:: “I think it’s the best decision I’ve made, it’s the perfect one in my opinion”

And the United star continued: “This is a new chapter in my football career and I am happy with that, I want to continue writing history again and help Manchester United win trophies.”

Ronaldo added: “I will try to do my best, help the team score goals, make assists, and win matches, and I hope to see them very soon.”

“The Manchester United fans are very special, I know that and I remember well, I know that they still sing my song, which made me feel even happier and my obligation is to give everything on the pitch as I did before as I do it all the time.”

And the legend Cristiano Ronaldo completed his message to the fans “ I can’t wait to meet you and try to make history together“.

Lyft prices surge to $1,500 out of South Lake Tahoe as Caldor fire closes in