World champion Ronnie O’Sullivan has been described as a ‘bully’ by Mark Allen after starting a bizarre row with the Northern Irishman at the Champion of Champions on Thursday night.

Allen had racked up a 5-3 lead in the final frame of their best of 11 tie before O’Sullivan voiced his frustrations that his opponent was distracting him, with a back and forth argument breaking out for more than a minute before the referee desperately attempted to intervene.

O’Sullivan was about to take his shot during the quarter-final in Milton Keynes when he started gesturing to Allen to ‘sit down’ as he observed in the far corner. ‘Can you sit still? You’re standing up and moving in my eyeline,’ he said. 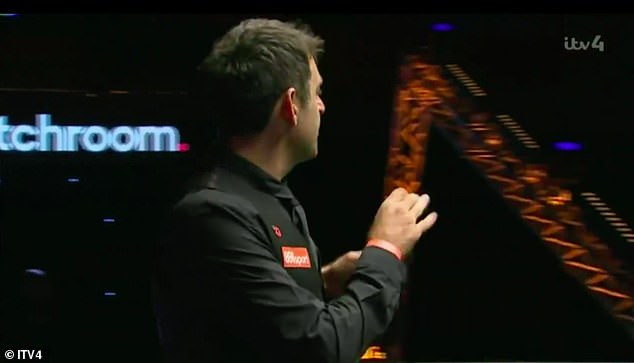 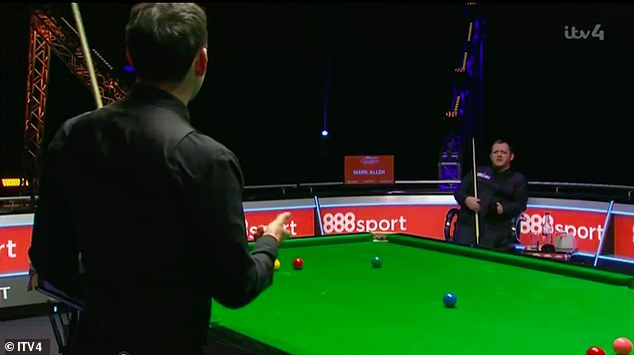 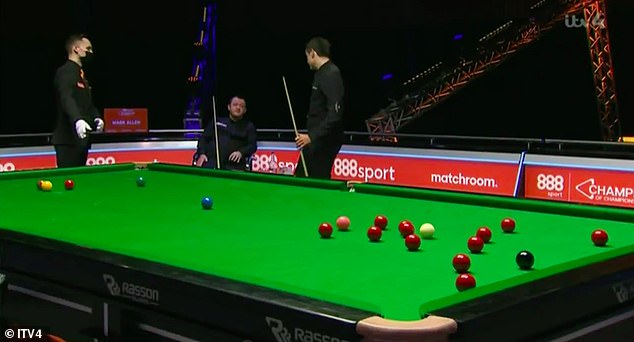 When Allen brushed off his claims, O’Sullivan replied: ‘You are. Come on.’

Despite official Marcel Eckardt’s pleas for them to carry on playing, O’Sullivan then walks directly over to where Allen is sitting to prolong the feud.

‘Are you disagreeing with me?’ he asks Allen, who responds: ‘Absolutely’.

A helpless Eckardt repeatedly tried to get the pair to resolve their differences, asking: ‘Come on guys. No need for an argument.’

When he realised the players were ignoring him as they continued their heated debate, he walked over and said: ‘Guys, just leave it. Can we just play snooker?’

After finally giving up on the topic, O’Sullivan eventually resumed play, only to miss a straightforward red, allowing his opponent win 6-3 and book a semi-final spot. 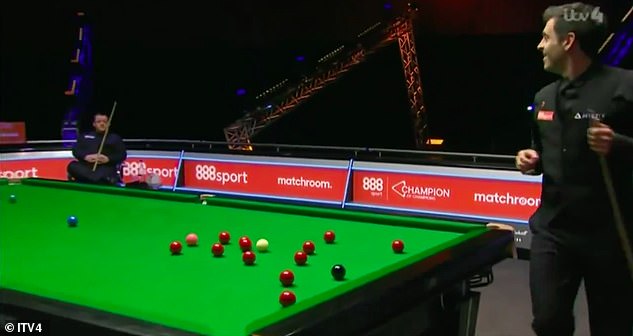 Allen was left furious after the match and hit out at O’Sullivan for being a ‘bully’ and claimed he was ‘making up rubbish’.

‘Marcel (Eckardt) even said, “Mark, I know you’re not doing anything but let it go”. I am not going to let it go if he’s just going to make up rubbish.

‘It was funny because he was completely gone and obviously I took advantage.

‘Ronnie just tries to bully people out there and I wasn’t having any of it. I knew I hadn’t done anything wrong. I just want to play snooker.’ 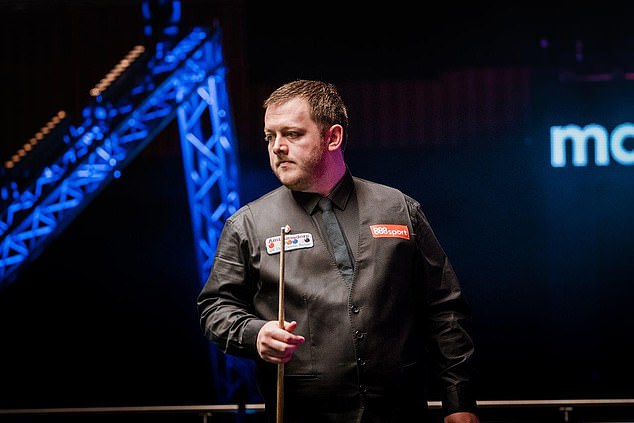 O’Sullivan attempted to pour cold water on the feud and insisted there were  ‘no hard feelings’ despite his accusations towards Allen and admitted he ‘read too much into it’.

‘Maybe I read a bit too much into it but it just seemed a little bit like stuff you do down the snooker club when you’re an amateur and you’re trying to get into your opponent’s head or try to put him off,’ O’Sullivan told ITV4.

‘I just thought there’s no point letting it go and he carries on doing it, so I just thought let’s get it out of the way and it was done.

‘I thought I’m not going to play the shot until you sit down in your chair. I could have said something then but I thought hopefully he will get the message. 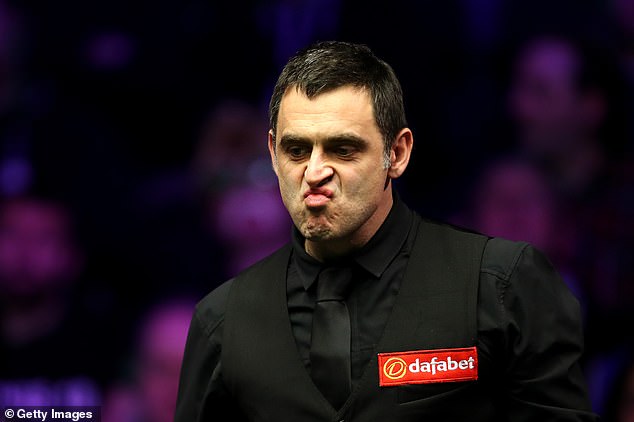 ‘And he kind of did because he sat down. Then obviously when I was playing the shot he started ripping his logo off. I thought I’ve got to have a word with him.

‘There are no hard feelings. Mark played fantastic and deserved his victory but sometimes you’ve just got to say something and get it out of the way.’

After losing three of the opening five frames, Allen – who made breaks of 102 and 104 during the ill-tempered contest – won four in succession to progress.

Earlier in the day he survived a scare to scrape past world number 25 Scott Donaldson 4-3 in the group semi-finals, while O’Sullivan blitzed Michael Holt 4-1 inside 50 minutes.

Kris Richard, once a hot NFL coaching candidate, is sitting out season