Rooney on Cristiano Ronaldo: He can play up to 40 years old 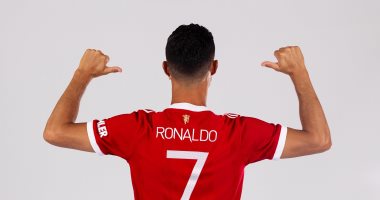 Wayne Rooney, the former captain of Manchester United, said that Portuguese international Cristiano Ronaldo, who recently returned to the English club, can continue to play for up to 40 years after adjusting his playing style in a way that allows him to continue in the stadiums.

Ronaldo spent six seasons at Manchester United between 2003 and 2009, winning eight major titles with him during this period, and then returned to the club again last August from Juventus.

Ronaldo is expected to start his second career with Man United against visiting Newcastle United at Old Trafford tomorrow.

“The last time he played here, he tended to speed, runs and power – a reference to Ronaldo,” said the coach of Derby County, a club in the second division of England.

Rooney, the historical scorer for Manchester United, indicated that his former teammate Ronaldo has become a “completely different player” than he was 12 years ago, but he can nevertheless meet the physical requirements of the Premier League.

And Rooney added, “He’s still great. His abilities are certainly outstanding, but he also takes great care of himself. I wouldn’t be surprised if he keeps playing until he’s 40 like Ryan Giggs.”