Rory Underwood still has the newspaper cuttings from the day he became England’s top try scorer.

It was a try against Ireland in 1990 that took the wing to the top of the charts. He overtook fellow RAF pilot Cyril Lowe, who had held the record for an incredible 69 years.

‘I can still remember Bill McLaren’s commentary,’ recalled Underwood, 57. ‘It was a record that had stood since before the Second World War. 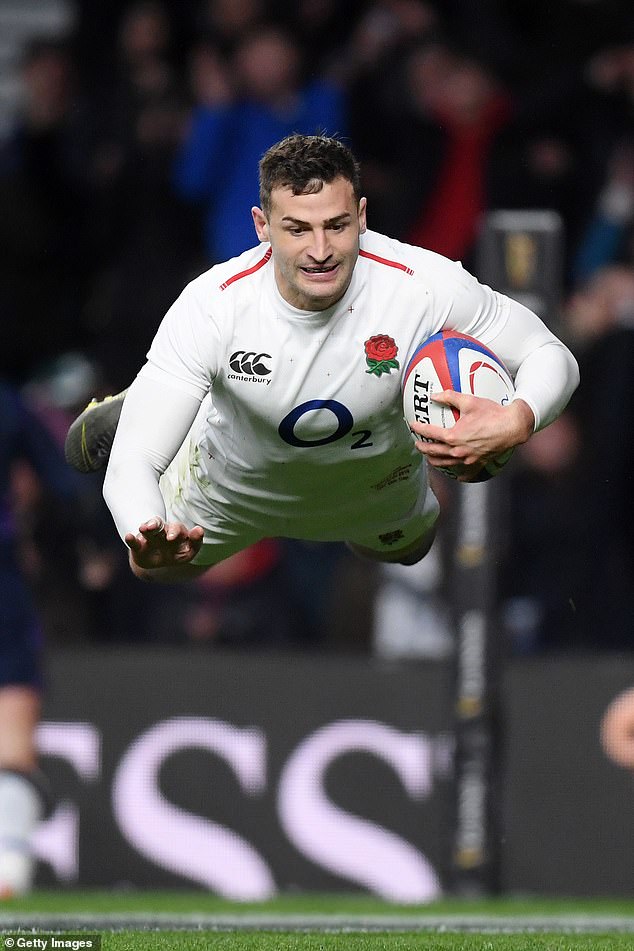 99 The England try record has been broken once in the last 99 years. Underwood took over from fellow RAF pilot Cyril Lowe, who had claimed the mantle in 1921 and finished with 18 tries, which Underwood then surpassed against Ireland in 1990.

‘The ball came from the lineout to Rob Andrew, who spun around and passed it to Will Carling. Will passed it straight on to Jerry Guscott, who broke through the line and threw an inch-perfect pass to me.

‘The timing and the accuracy of Jerry’s pass meant the ball just fell right into my stride. It left me with a straight run to the corner to try to outpace Keith Crossan and Brendan Mullin. Fortunately, the French touch judge said I didn’t go out!’

It was his 19th international try, but Underwood went on to score 30 more and retired with a grand total of 49. Until now, nobody has come close to eclipsing his record. Ben Cohen and Will Greenwood tried and failed with 31 tries apiece.

Jonny May is the latest challenger. He joined them in joint-second with his brace against Ireland on Saturday — and Eddie Jones believes the speedster is up to the challenge.

The secret, according to Underwood, is talent, team-mates and longevity.

‘In my first four years as an England player, I only scored four tries,’ said Underwood.

‘It was the advent of the Geoff Cooke and Will Carling era that brought us more success. Then we had consistent selection and a consistent way of playing and, between 1988 and 1996, I scored the rest of my 45 tries.

‘I had the joy of playing outside Jerry, who gave me a lot of scoring passes. You can be the best player in the world, but if you haven’t got a team good enough to give you the ball effectively, then it’s a damn sight harder.’ 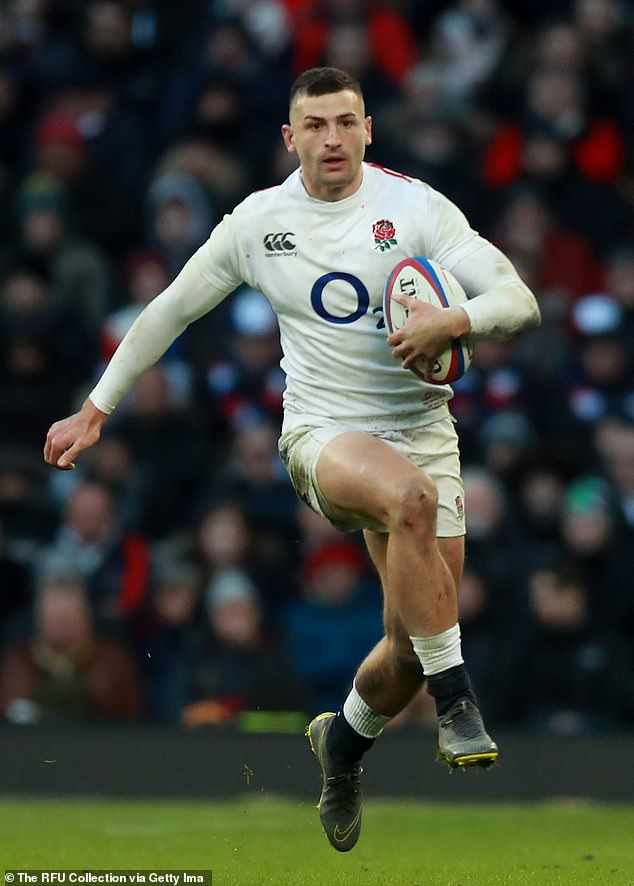 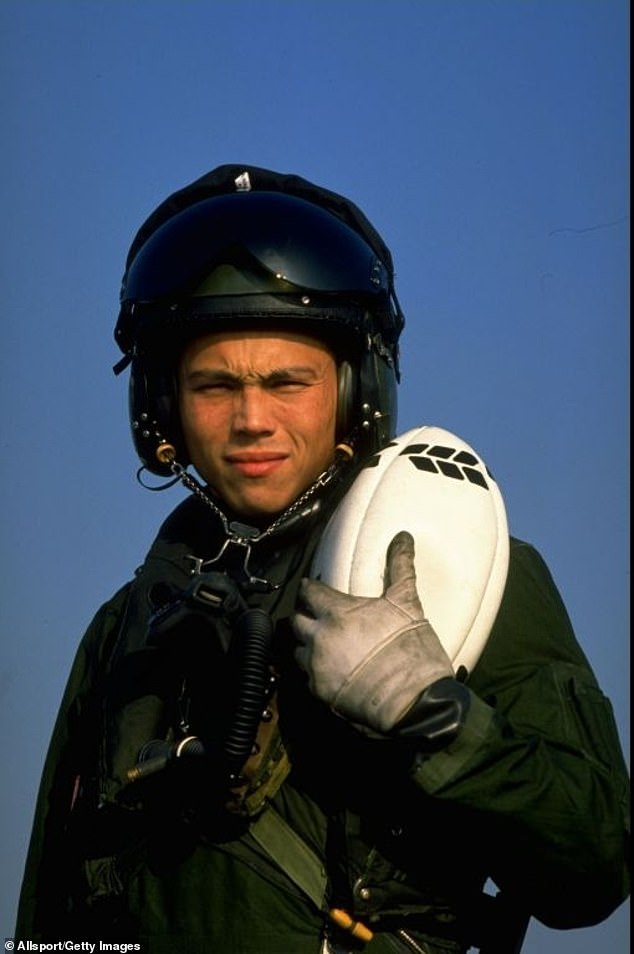 May, 30, is one of the most professional rehab athletes in the game and a clean bill of health was key to Underwood.

‘I was very fortunate with injures,’ he said. ‘I missed just one England game due to injury and that was a good game to miss back in 1986 (a 33-6 defeat by Scotland at Murrayfield).

‘You get some who are very prolific but have the difficulty of longevity. Chris Ashton was very prolific but had a combination of injuries and not fitting in with Eddie Jones’s world view, so he missed out on a number of games. Recently, Jonny’s injury record has been a lot better. It becomes a question of how long he can keep going for.’ 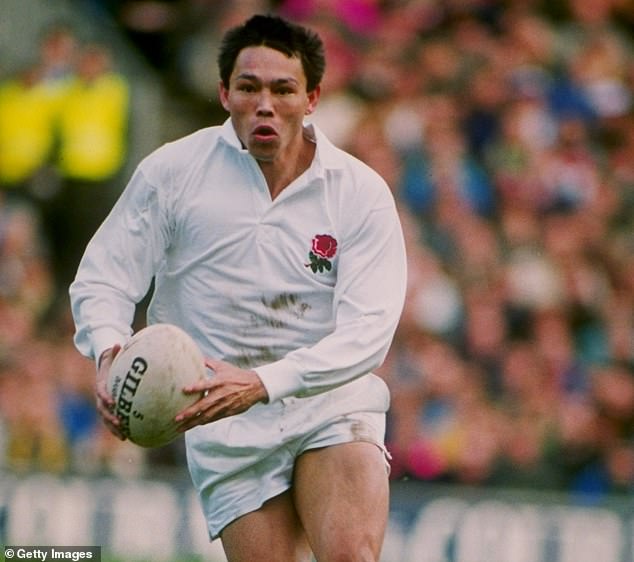 Having sat on the Tigers board during May’s time at Leicester, Underwood has kept a close eye on his try-scoring exploits — and says he can break his record.

‘If he gets to the next World Cup, that’s three years and he’d need to score six tries a year. It’s very doable.

‘He’s got so much pace. He’s maybe not the quickest over 0-60 metres but his 30-70 speed is outstanding. He’s similar to me in some ways in that he’s not a jinking around, Jason Robinson type. It’s very much about angles, stepping off lines, outside curves.

‘My record’s been there for a long time, but it’s there to be beaten — and I expect that at some point it will be beaten.

‘It’s nice to have a record, so it will be bittersweet, but having an England player scoring that many tries means you’ve got a successful side. As an England supporter, I’d be dead chuffed to see him break it.’

‘America is back’: Biden pushes past Trump era with nominees