Rosehill, Sydney: Police hunt for a crazed driver who pinned a woman to a wall in a road rage attack

A crazed driver purposefully sped towards pedestrians in a road rage row, pinning a terrified woman against a wall.

An investigation is underway following the hit-and-run crash that left a woman injured in Sydney’s west.

At 6.30pm on Saturday, emergency services were called to Penelope Lucas Lane near Virginia Lane, Rosehill, after reports a pedestrian had been struck by a vehicle.

Police have been told a man and woman were involved in an argument with an unknown man who was driving a Skoda Octavia.

The unknown man then allegedly drove the vehicle at the pedestrians, pinning the woman against a wall. 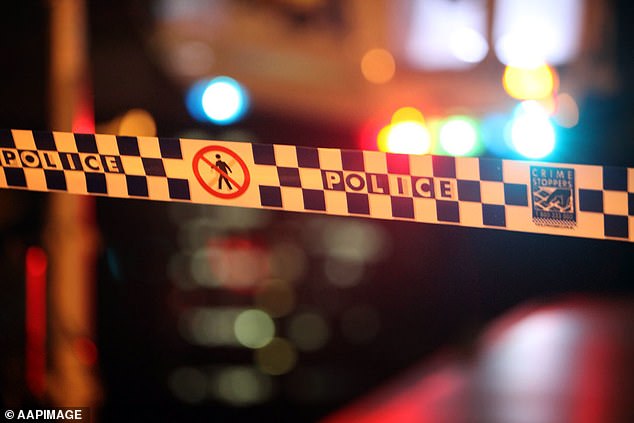 The man is described as being of African appearance, with short curly hair, wearing a red basketball jersey and shorts (stock image)

The unknown man reversed and fled the scene in the vehicle.

The 41-year-old woman was treated at the scene for a severe lower leg injury, before being taken to Westmead Hospital in a stable condition.

The 37-year-old man suffered a minor foot injury and did not require hospitalisation.

Officers from Cumberland Police Area Command attended, and detectives commenced an investigation into the circumstances surrounding the incident.

An extensive search of the area and surrounds was conducted, and the vehicle was located on Crown Street, Harris Park a short time later.

The driver had fled the scene prior to police arrival.

The man is described as being of African appearance, with short curly hair, wearing a red basketball jersey and shorts.