Royal commission into Crown Resorts to test its casino licence 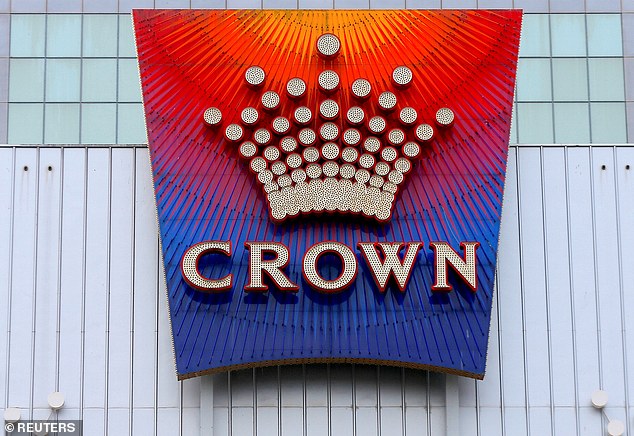 The Victorian government will launch a royal commission into Crown Resorts, to test the suitability of gambling giant to hold its Melbourne casino licence.

‘This is about making sure that those who hold a casino licence in Victoria uphold the highest standards of probity and integrity – and that they’re accountable for their actions,’ Victorian Premier Daniel Andrews said in a statement.

The announcement of the royal commission follows the release of the Bergin report in NSW earlier this month, which found Crown facilitated money laundering through subsidiaries’ bank accounts and failed to act when it was drawn to their attention.

Victorian Gaming Minister Melissa Horne said the state government had gone through the 800-page report line by line and decided a royal commission was needed.

‘The findings in there were so severe that the most appropriate action to protect Victorian interests was the establishment of a royal commission,’ she told reporters on Monday.

‘The Royal Commission will establish the facts and the Government and the VCGLR will take any necessary action at the conclusion of the investigation. We will not tolerate illegal behaviour in our gaming industry.’

He is expected to report back as early as August and no later than the end of the year.

It is estimated to cost Victorian taxpayers $5 to $7 million.

The Bergin report in NSW found Crown Resorts was not suitable to hold a casino licence at its Barangaroo development. Pictured, Crown Sydney

Earlier this month Commissioner Patricia Bergin, a former judge of the NSW Supreme Court, told the NSW Independent Liquor and Gaming Authority the money laundering alone rendered Crown unfit to hold the licence for its casino in Sydney’s Barangaroo.

It also put its staff in China in danger of being detained and dealt with junket operators it was told were involved in organised crime, Ms Bergin concluded.

Ms Bergin left it to IGLA to decide whether it should cancel, suspend or impose conditions on the licence.

But she suggested sweeping cultural change was needed, as well as specific measures like the removal of certain board directors, a thorough audit of Crown accounts for money laundering, and measures to stop the sharing of confidential information with Crown Resorts key shareholder James Packer.

Corona kills half a million people in the United States