Bob ‘Bozo’ Fulton was remembered as a sporting pioneer and rugby league legend in a moving State Funeral on Friday in Sydney.

Fulton died on May 23 from cancer at, 73,  and was laid to rest at St Mary’s Cathedral, where hundreds of mourners paid their respects

Radio identities Ray Hadley and Alan Jones also farewelled the man many regard as one of the greatest ever to play rugby league.

Fulton was remembered as a fiercely proud family man, with his three kids – Scott, Brett and Kristie – the lights of his life alongside his beloved wife Ann.

His eight grandkids also were a huge part of his life, as was his time spent in the bush with close friends in his inner circle.

Kristie Fulton spoke for many when she described her father as “the best representation of what a man is and should strive to be.”

Fulton was also ahead of his time. Fiercely driven, he constantly strived for perfection – and demanded the same from his colleagues and players.

He was the first person to captain and then later coach Australia and his five decade involvement in the greatest game of all speaks volumes about his standing in the game.

Russell, a Manly fan for 61 years, saluted the coffin of the rugby league Immortal as it was brought into St Mary’s Cathedral in Sydney on Friday morning ahead of the funeral.

Mourners from across Sydney and indeed Australia will gather at St Mary’s Cathedral from 10.30am to farewell the man many regard as the one of the best players, coaches and indeed sporting administrators, the nation has ever seen. 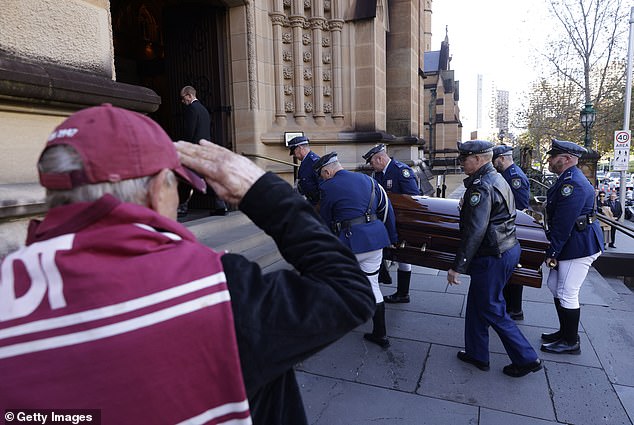 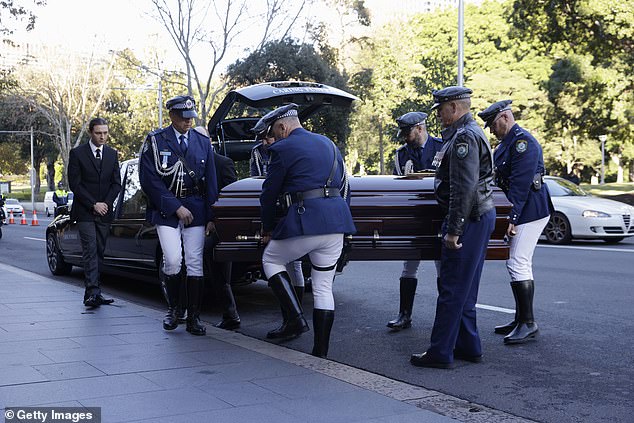 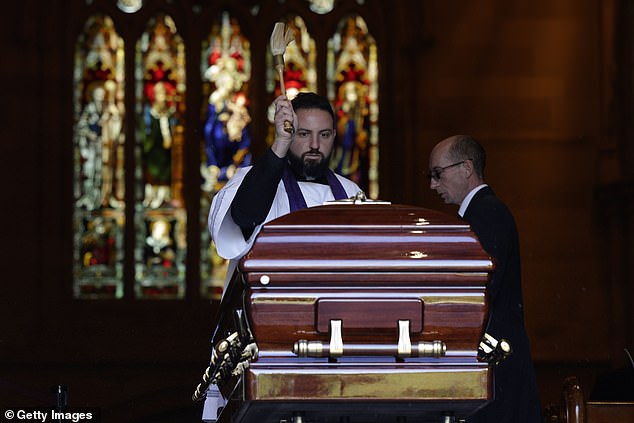 Fulton, more affectionately known as ‘Bozo’, was born in the working-class northern English town of Stockton Heath in Warrington, England, and moved to Australia at age of four.

The Fulton’s settled in Wollongong, on the NSW south coast, and it didn’t take long for young Robert to become the best player for the Wests Wolllongong and then later his school, Dapto High.

Manly Sea Eagles ‘godfather’ Ken Arthurson signed Fulton as a teenager – and at just 19 he became the youngest captain in the club’s history.

As became apparent with all aspects of Fulton’s life, success quickly followed, with the Sea Eagles winning premierships in 1972, 1973 and 1976. 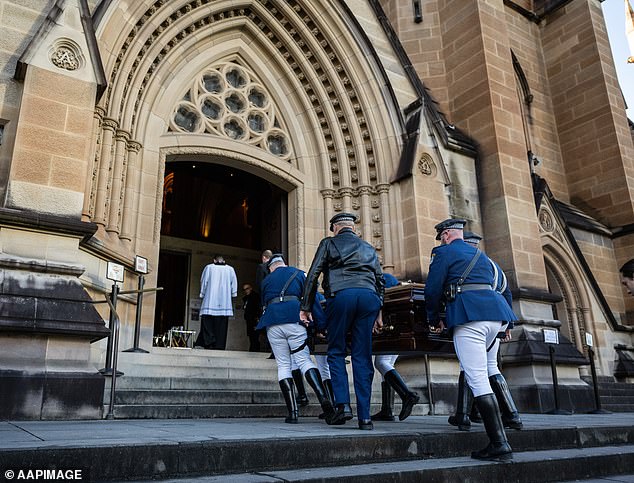 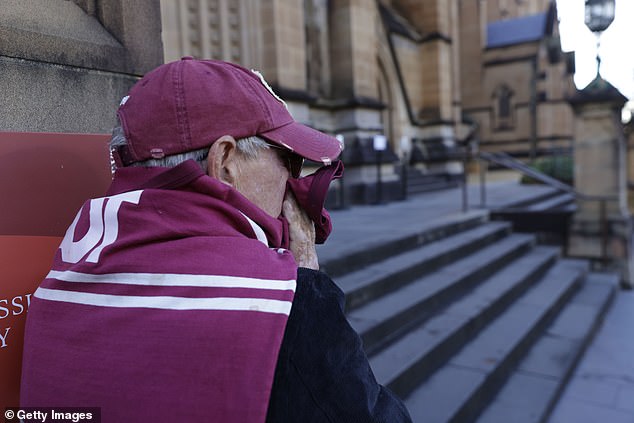 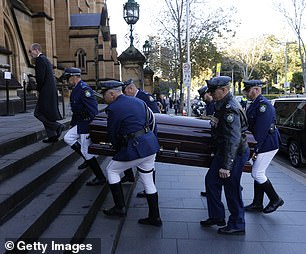 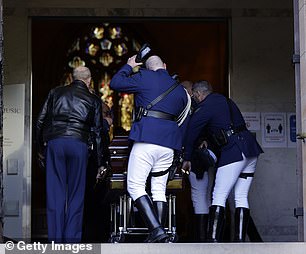 Fulton, 73, also coached Australian between 1989 and 1998, with two World Cup triumphs the highlights

He then shocked many by defecting to Eastern Suburbs in 1979, but Sydney’s northern beaches lured him back, with Fulton returning to Manly, winning another premiership – this time as a coach in 1987 – in the last rugby league grand final at the Sydney Cricket Ground.

Fulton, 73, also coached Australian between 1989 and 1998, with two World Cup triumphs the highlights.

He was officially named an Immortal in 1981 for his on-field genius, and in 1994 was awarded an Order of Australia in recognition for his service to the sport.

The father of three, proud grandfather and devoted husband to his wife Ann also excelled as a selector and commentator, leaving a legacy in the sport which is unlikely to be matched.

Vale Bob Fulton, rugby league, and Australian sport in general, is poorer for your absence. 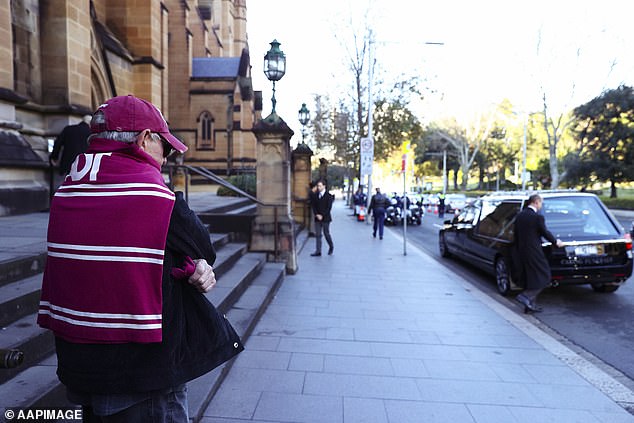 Fulton, more affectionately known as ‘Bozo’, was born in the working-class northern English town of Stockton Heath in Warrington, England, and moved to Australia at age of four 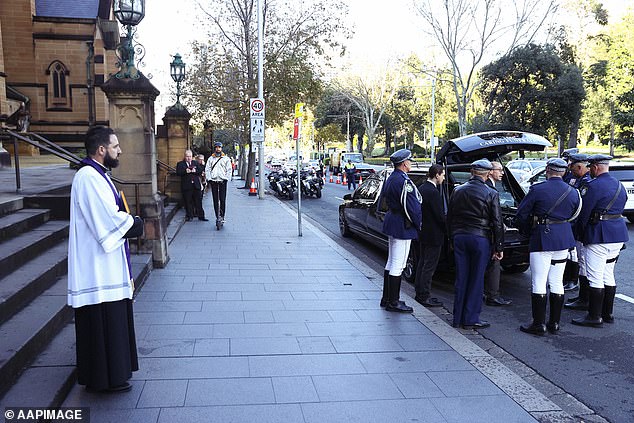 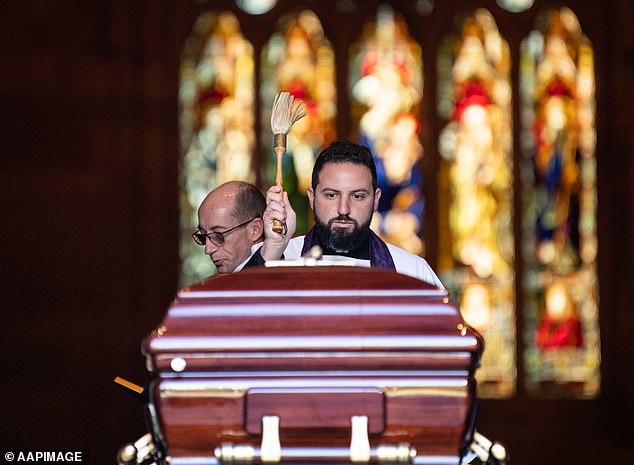 The father of three, proud grandfather and devoted husband to his wife Ann also excelled as a selector and commentator, leaving a legacy in the sport which is unlikely to be matched 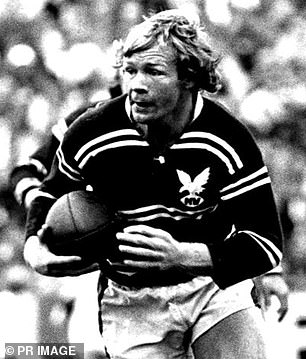 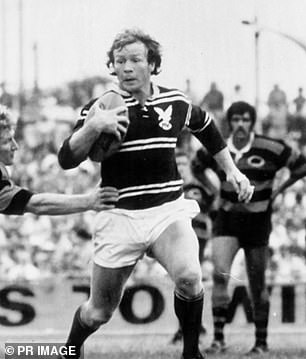 Fulton (pictured) in his playing days with the Manly Sea Eagles, where he won three premierships

Colin Bell will always be the king of Man City, says Micah Richards

Romanian plane used by dictator Ceausescu up for auction

The Duchess of Sussex has famously bemoaned the 'men in grey suits' – faceless courtiers who...