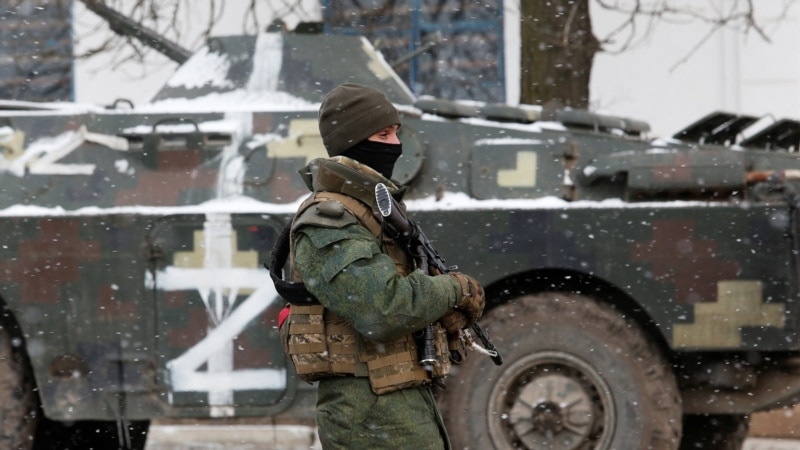 The governments of Moscow and Washington exchanged accusations on Thursday about the possible use of chemical weapons by the United States in Ukraine, which was roundly rejected by the Biden Administration, which in turn accused the Kremlin of resorting to disinformation. in the invasion of its neighboring country.

On the same Thursday, Moscow requested a meeting at the UN Security Council on Friday “to discuss US military biological activities. on the territory of Ukraine,” the Russian representative to the organization reported on social media.

From Washington, on the other hand, it is ensured that these types of statements only seek to mask the possible use of this type of prohibited weapon, as happened in Syria, where government forces, supported by the Kremlin, resorted to this weaponry in 2017 .

“The Kremlin viciously attacks journalists and floods the Internet and airwaves with disinformation, both around the world and at home. Many people in Russia have no idea what their government is doing right now in Ukraine. #StopTheLies,” tweeted State Department spokesman Ned Price.

The White House this week has been rejecting accusations that the United States and Ukraine are working in chemical weapons laboratories, which Washington considers to be Russian disinformation methods.

A Pentagon intelligence official reported that the US believes Russia has maintained an offensive biological weapons program in violation of Article 1 of the international convention banning their use and said the Administration therefore follows this subject with concern.

“We have detected indications that the Russians could be making these claims, these false claims about the US and Ukraine working on biodefense as a way to create a pretext of their own to perhaps use these types of agents in an attack. ”, said the official.

This week, both the director of National Intelligence, Avril Haines, and the director of the CIA, William Burns, have rejected the accusations of biological weapons by Russia. His remarks were made during the United States Senate Intelligence Committee’s Global Threats hearing.

Ukraine: “We are reasonable people”

For his part, the President of Ukraine, Volodymyr Zelenskyy, accused Russian President Vladimir Putin in a public video intervention of seeking a pretext to use chemical and biological weapons.

“They did it in other countries,” said the president, and asked: “Are you now planning the dechemicalization of Ukraine? Where else will you attack with chemical weapons? The maternity ward in Mariupol? Church in Kharkov? Children’s Hospital? Or the labs left over from Soviet times that are doing regular science and not military technologies? We are reasonable people. I am president of a reasonable country. Reasonable people,” said the president.

Zelenskyy stated that “chemical weapons or any other weapons of mass destruction are not being developed on our land. The whole world knows it. You know it. And if you do something like this against us, you will get the response of harsher sanctions,” he warned.

After the Benzema and Lewandowski trio .. UEFA reveals a distinguished list led by Messi and Ronaldo | Football

After the Benzema and Lewandowski trio .. UEFA reveals a distinguished list led by Messi and Ronaldo | Football