Russia: Russian-American relations are going from bad to worse 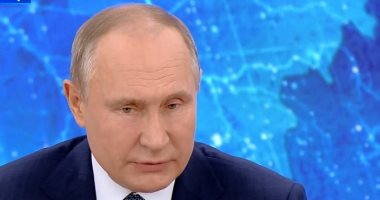 A Russian Deputy Foreign Minister said that the Russian-American relations are going from bad to worse, and we do not believe that this approach has been bypassed, stressing that Moscow does not trust that the new US administration will be ready to build healthy relations with Russia.

The Russian Deputy Foreign Minister added, in statements reported by visual media on Wednesday, that Moscow did not initiate contact with Joe Biden’s transition team, nor does it intend to do so.

US President-elect Joe Biden said he had seen no evidence that a massive cyberattack was targeting the United States under control and warned that the breach would not go unanswered once he took office on January 20, and Biden said President Donald Trump needed to blame Russia. He has yet to do so, despite Secretary of State Mike Pompeo and Attorney General William Barr indicting Moscow.

Trump said on Twitter that China may be responsible for the cyber attack. The attack was exposed last week, and it breached at least six government agencies.

“It’s a huge and ongoing risk. I don’t see any evidence that it’s under control,” Biden told reporters in Wilmington, Delaware.