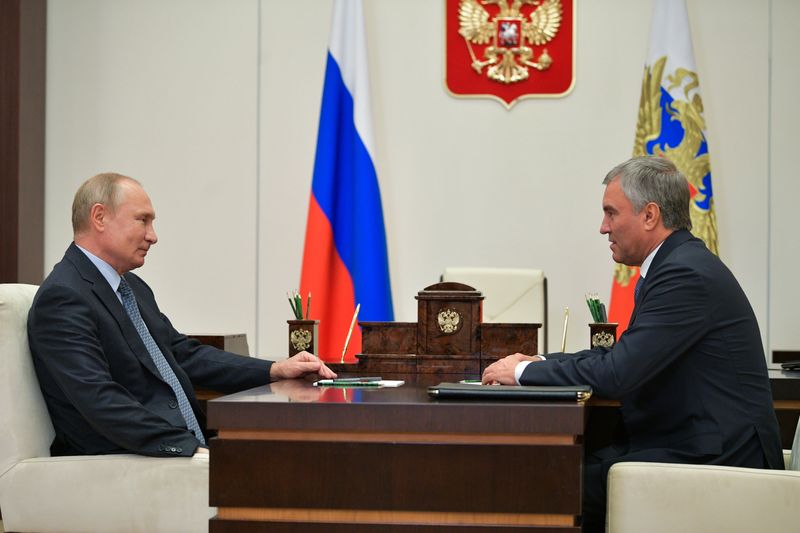 April 13 (Reuters) – Russia said on Wednesday that claims by the United States and Ukraine that Russia might use chemical weapons in Ukraine were disinformation because Moscow destroyed its last chemical stockpiles in 2017.

Ukraine’s Defense Ministry said on Tuesday it was checking claims that Russia may have used chemical weapons in the southern Ukrainian port city of Mariupol.

US State Department spokesman Ned Price told reporters Tuesday that the United States was concerned that Russia might try to resort to chemical weapons in Ukraine.

The Russian embassy in Washington said Ukrainian radicals were preparing to mount provocations using chemical weapons and that the State Department’s Price was spreading disinformation.

“We ask Washington to stop spreading disinformation,” the embassy said in a statement. “Ned Price once again distinguished himself by his verbiage, which is not supported by a single piece of evidence.”

Russia sent tens of thousands of troops to Ukraine on February 24 in a “special operation” — as the Kremlin calls it — to degrade its southern neighbor’s military capabilities and root out people it calls dangerous nationalists.

Ukrainian forces have put up strong resistance and the West has imposed numerous sanctions on Russia to force it to withdraw its forces.

Russia claims the West is mired in discriminatory anti-Russian paranoia and says the Western media has provided an overly one-sided narrative of the war in Ukraine that largely ignores Russia’s concerns about NATO enlargement and persecution of the Russians. Russian speakers.

Rihanna talks to Vogue about her style during pregnancy

exasperation and anger in the Brooklyn neighborhood

exasperation and anger in the Brooklyn neighborhood