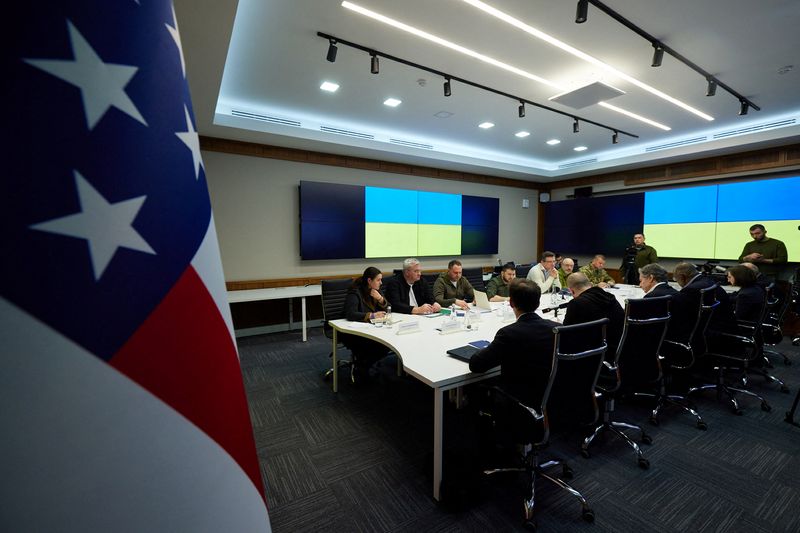 “We underline the unacceptability of this situation when the United States of America supplies weapons to Ukraine, and we demand an end to this practice,” Anatoli Antonov said in an interview with the Rossiya 24 television channel.

Antonov said an official diplomatic note had been sent to Washington expressing Russia’s concern. He stated that these arms supplies by the United States would further aggravate the situation and heighten the tension of the conflict.

Washington’s top diplomat and his defense secretary met with Ukrainian President Volodymyr Zelensky in kyiv late on Sunday, promising $713 million in new aid to the Zelensky government and other countries in the region that fear aggression by Russia.

In early April, US President Joe Biden announced an additional $800 million in military aid for Ukraine, expanding the scope of the systems provided to include heavy artillery.

Zelensky has been pleading with US and European leaders to supply kyiv with heavier weapons and equipment. Thousands of people have been killed and millions displaced since Moscow sent troops to Ukraine on February 24 in what it calls a “special military operation” to “demilitarize” its neighboring country.

Russia’s invasion of Ukraine on February 24 has caused thousands of deaths and millions of displaced people and has raised fears of a broader confrontation between Russia and the United States, the world’s two largest nuclear powers.

President Vladimir Putin says the “special military operation” in Ukraine is necessary because the United States was using Ukraine to threaten Russia and Moscow had to act against the persecution of Russian-speakers.

Ukraine and the West say Russia has launched an unprovoked war of aggression.

Robert Morse, star of “Mad Men” and Broadway, dies at 90