A Russian court has opened the trial of a feminist activist and artist charged with disseminating pornography after she shared artwork depicting female anatomy online.

The case is in line with the Kremlin’s conservative stance of promoting ‘traditional family values’ that has been widely seen as controversial and elicited international outrage.

Yulia Tsvetkova, 27, from the far-eastern city of Komsomolsk-on-Amur, faces up to six years in prison on charges reportedly related to her group on the popular social network VKontakte, where colourful, stylised drawings of vaginas were posted.

Tsvetkova is not allowed to give details of accusations against her. 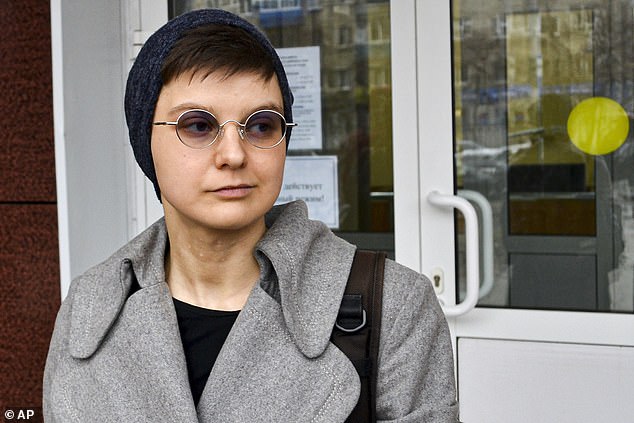 Feminist activist and artist Yulia Tsvetkova leaves after a court session in Komsomolsk-on-Amur, Russia, on Monday 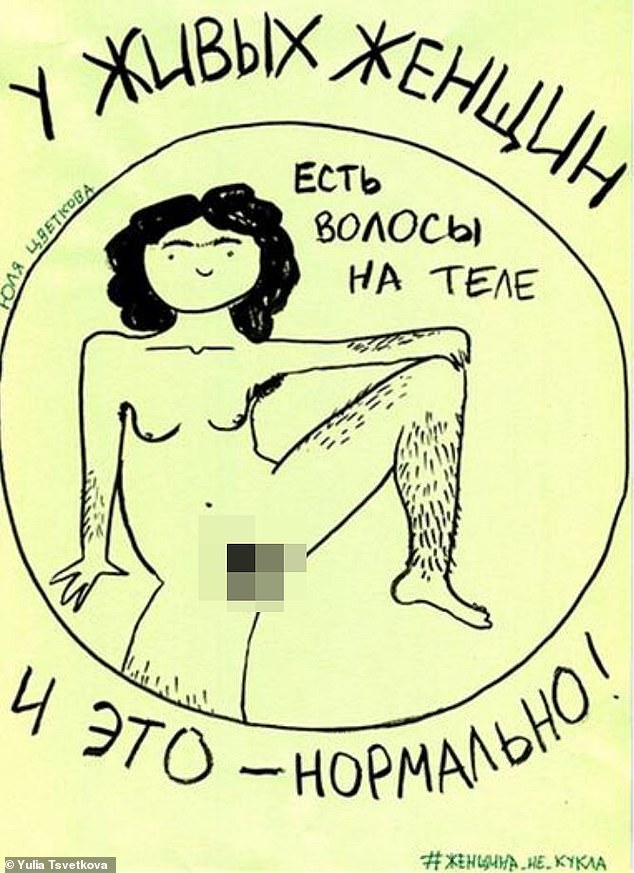 The first hearing in the Komsomolsk-on-Amur court on Monday comes a year-and-a-half after Tsvetkova was first detained, and eight months after Russian President Vladimir Putin signed constitutional amendments that outlawed same-sex marriage and tasked the government with ‘preserving traditional family values’.

Tsvetkova’s lawyer, Irina Ruchko, told reporters after the hearing that Tsvetkova maintains her innocence and that her defence team intends to prove it in court.

Tsvetkova ran a children’s theatre and was a vocal advocate of feminism and LGBT rights.

She founded an online group, called Vagina Monologues, encouraging followers to fight stigma and taboo surrounding the female body, and posted other people’s art in it. 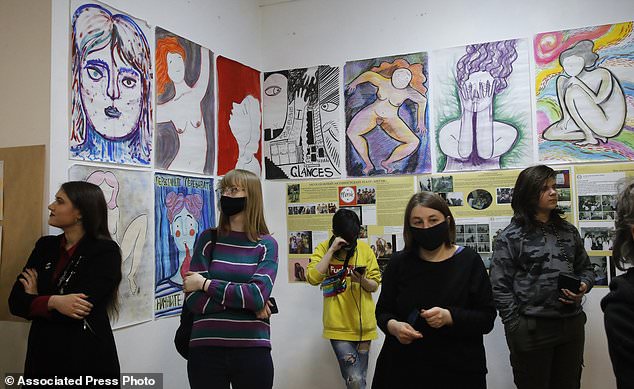 Visitors look at the exhibition of Yulia Tsvetkova’s paintings in St. Petersburg, Russia, Saturday, April 10. A Russian court on Monday opened the trial of a feminist activist and artist Yulia Tsvetkova, charged with disseminating pornography after she shared artwork depicting female genitalia online 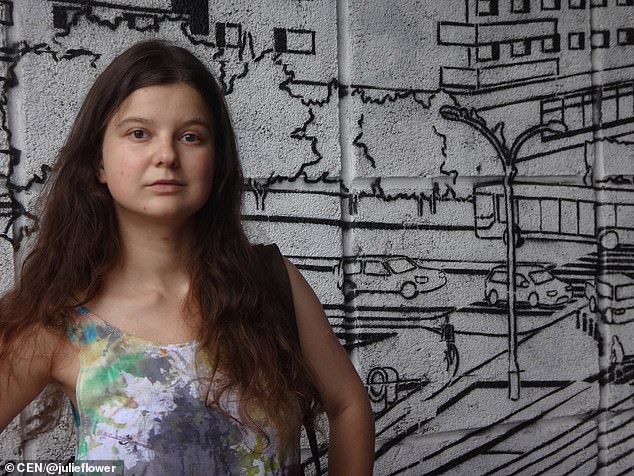 Yulia Tsvetkova, 27, an artist and activist from the far-eastern city of Komsomolsk-on-Amur, could face a jail term of two to six years for distributing artistic impressions of the female body

Amnesty International last week called the case – which is being heard behind closed doors – ‘Kafkaesque absurdity’ and urged Russian authorities to drop all charges against the activist, who was merely ‘freely expressing her views through art’.

Tsvetkova’s mother, Anna Khodyreva, echoed this sentiment in an interview with the Associated Press and said that the court should dismiss the case.

Tsvetkova was detained in November 2019 and spent the next four months under house arrest.

Her home was raided, as well as her mother’s education studio for children. 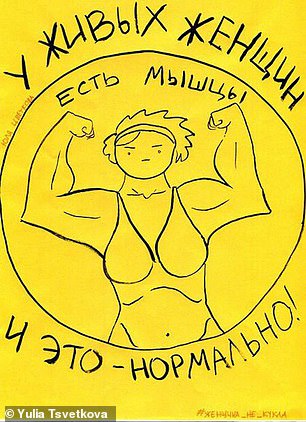 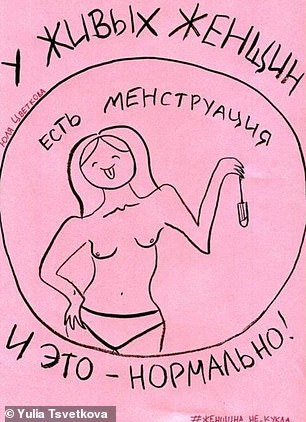 The activist was fined twice for violating Russia’s law against disseminating gay ‘propaganda’ to minors.

The second fine was later decreased to 50,000 roubles.

Many public figures have spoken out in her support, including Russian state TV veteran Vladimir Pozner. 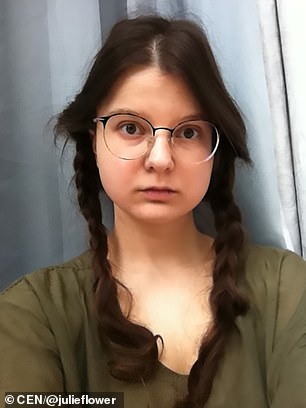 Ms Tsvetkova is being supported by Amnesty International

Activists across Russia protested over her prosecution, artists dedicated performances to her, and an online petition demanding to drop the charges gathered more than 250,000 signatures.

The European Union’s delegation to Russia said in a tweet last week that the bloc ‘is closely following’ the case against Tsvetkova and that ‘apparently, her persecution is related to her public position as an LGBT activist’.

The delegation called on Russian authorities to stop the prosecution of the activist.

The past two years have been an ordeal for both Tsvetkova and her mother.

As well as the pressure from the authorities, they say they received death threats and were repeatedly harassed by strangers.

Ms Khodyreva’s education studio for children has lost a vast number of clients.

Tsvetkova’s children’s theatre no longer exists – frequent visits from law enforcement were too distressing for the children, and it was decided to shut it down, Ms Khodyreva said.

‘It is terrifying. I’m still looking back at the door even now,’ Ms Khodyreva told the AP.

‘The police have barged in so many times that … I’m not ready to have the children involved in this mayhem.’