The disgraced Russian Anti-Doping Agency have launched an astonishing attack on some of Britain’s sporting greats — just days before they attempt to overturn their country’s four-year ban from major events.

In an exclusive interview with Sportsmail, RUSADA’s interim boss Mikhail Bukhanov accused Team Sky of ‘organised doping’ and questioned why the likes of Sir Bradley Wiggins and Sir Mo Farah are still seen as ‘heroes’ when all Russians are ‘painted as cheats’.

Bukhanov is currently preparing for RUSADA’s appeal against the World Anti-Doping Agency’s decision to ban Russia from all international sporting events for four years for a huge doping cover-up, something he denies. 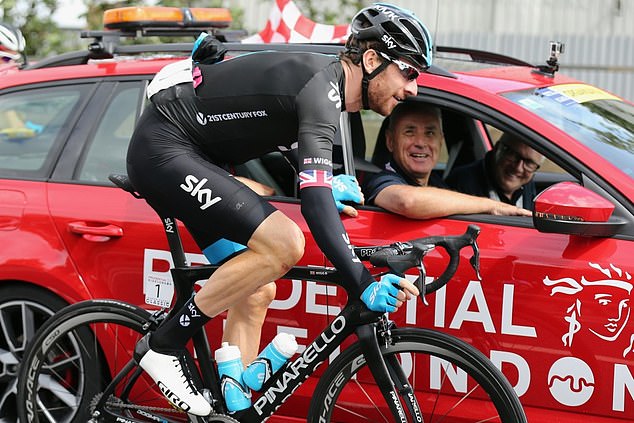 But ahead of next week’s landmark hearing at the Court of Arbitration for Sport, he has turned his fire on overseas organisations – notably Team Sky, the British cycling outfit who Wiggins won the Tour de France with in 2012, and the Nike Oregon Project, where Farah trained for six years.

‘Other countries have big problems with organised doping — Team Sky, Kenyan track and field, the Nike Oregon Project — but they don’t get the same treatment,’ claimed Bukhanov.

‘On one hand we are alleged to have delayed and changed data from the Moscow lab, and now we hear that Team Sky’s doctor lost one laptop, destroyed another and “can’t access” the hard drive on the third. Is that right?

‘All Russian sports people to be painted as cheats, but Farah, Wiggins and (Chris) Froome are still heroes?’

Bukhanov is referring to the laptops of former Team Sky doctor, Richard Freeman, who is facing a fitness to practise hearing in Manchester and is accused of ordering testosterone to British Cycling’s headquarters in 2011 ‘knowing or believing’ it was to boost an athlete’s performance, which he denies.

In 2018, a DCMS report said Wiggins and Team Sky ‘crossed an ethical line’ by using drugs allowed under anti-doping rules for medical purposes to enhance performance. Wiggins, Froome and Sky have always denied any wrongdoing.

Nike’s Oregon Project closed down last year after Alberto Salazar, its founder and Farah’s coach, was banned for four years for doping offences.

RUSADA has previously criticised the UK Anti-Doping Agency for not handing over four-time Olympic champion Farah’s blood and urine samples to WADA, saying it created a ‘wall of mistrust’. But the British runner has never failed a drugs test and has also always denied any wrongdoing.

Bukhanov continued: ‘Today we test Russian sportspeople more than almost any other country does. I know that because my team does this work. Are there cheats in Russia? Of course, and we catch most of them. 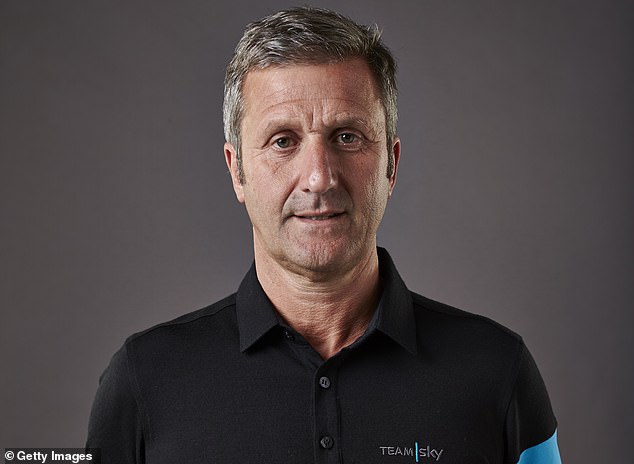 Bukhanov made a reference to ex-Team Sky doctor Richard Freeman, who is facing a fitness to practise hearing in Manchester

‘But I can also tell you we don’t come across such organised activities like we read about with BALCO, US Postal, Team Sky, Nike Oregon Project and Operacion Puerto stories. Many other countries have had substantial doping problems but no blanket ban was imposed on those nations.’

Bukhanov’s comments match the Russian state’s narrative that they are treated unfairly by WADA. President Vladimir Putin claimed the ban imposed last year was because of ‘political considerations’, while Dmitry Medvedev, the then Russian Prime Minister, blamed ‘chronic anti-Russian hysteria’.

In remarks which will further alarm WADA, Bukhanov also refuses to accept the findings of the McLaren report in 2016, which concluded Russia operated a state-sponsored doping programme.

‘Russia had a sports doping problem – for sure we did,’ said Bukhanov. ‘But this was down to individuals who had their own reasons. People always make mistakes.

‘About previous years, I can’t change this. I want to ask you to judge us on what we do now. For now we do our best and in the future we want to be the gold standard.’

Bukhanov also denies RUSADA’s involvement in the manipulation of laboratory data before it was handed over to investigators in January 2019 – the allegation which led to the agency being declared non-compliant with WADA and Russia being banned from the Olympics and other events.

‘At the moment of being transferred to WADA and before that, the database wasn’t at the disposal of RUSADA, so we can’t comment or even give a suggestion on the supposed manipulations,’ said Bukhanov.

‘The database has never been the field of responsibility of RUSADA. I only can see that we did what WADA asked. But only this appeal can do justice for this question.’

Bukhanov’s stance is particularly concerning given the efforts of his predecessor, Yuri Ganus, to clean up Russian sport. Ganus was sacked in August, supposedly for financial violations, but he insists it was because of his zero-tolerance approach to doping.

He had previously admitted that laboratory data had been doctored before it was handed over to WADA, and then said that RUSADA had ‘no chance’ of winning an appeal.

Bukhanov, though, is ‘confident’ ahead of the CAS hearing, which takes place in Lausanne, Switzerland from Monday to Thursday next week, although the decision will not be known until a later date.

RUSADA will argue that the current ban unfairly punishes clean athletes, who can only compete at the Olympics under a neutral flag if they prove they are untainted by the doping scandal.

‘The blanket ban has been a big mistake and should not continue,’ added Bukhanov, who was a lawyer at RUSADA before becoming acting head.

‘We are confident the tribunal will agree. We hope for justice.

‘A blanket ban across a whole nation means the innocent are punished alongside the guilty. That is bad for justice and bad for sport, where the philosophy has always been that anyone can compete.

‘Everyone should be able to compete on the same basis on behalf of their country. We would like our athletes to compete at an international level with the national flag. We want to protect the human rights of clean sportspeople.’