By Reuters and Charlotte Mitchell For Mailonline

Staff at the Russian prison where Alexei Navalny is being held are threatening to force-feed him during his ongoing hunger strike.

Navalny’s allies said the Kremlin critic had lost 15kg since arriving at the facility last month.

The 44-year-old opposition leader announced a hunger strike at the end of March to protest what he said was the refusal of prison authorities to provide proper treatment for his acute back and leg pain.

The prison said Navalny was offered proper treatment but refused it, insisting he wanted to be treated by a doctor of his choice from outside the facility. The request was denied.

Navalny, whom the West says has been wrongly jailed and should be freed, was moved to a prison clinic earlier this month after complaining of a high temperature and a bad cough. 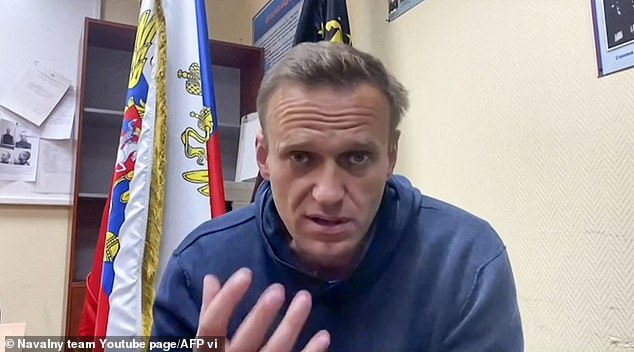 Staff at the Russian prison where Alexei Navalny (pictured) is being held are threatening to force feed him amid an ongoing hunger strike. Navalny’s allies said the Kremlin critic had lost 15kg since arriving at the facility last month [File photo]

On Monday, his Twitter account, which is updated by supporters with news from his lawyers who regularly visit him, said he had been discharged from the prison’s medical facility.

‘Given the severity of the hunger strike, the (prison) administration is threatening on a daily basis to start force-feeding,’ the account said.

Navalny’s weight has fallen to 77kg, a drop of 15kg since he arrived at the prison facility 62 miles (100km) east of Moscow, his allies said.

Navalny had already lost 8kg in the facility before beginning his hunger strike, his allies said on April 1, blaming the weight loss on guards deliberately depriving him of sleep.

Prison authorities deny sleep deprivation and have previously said that Navalny’s condition was satisfactory and that he has been provided with all necessary treatment.

Navalny’s allies want an outside doctor of his choice to be permitted to check his condition. 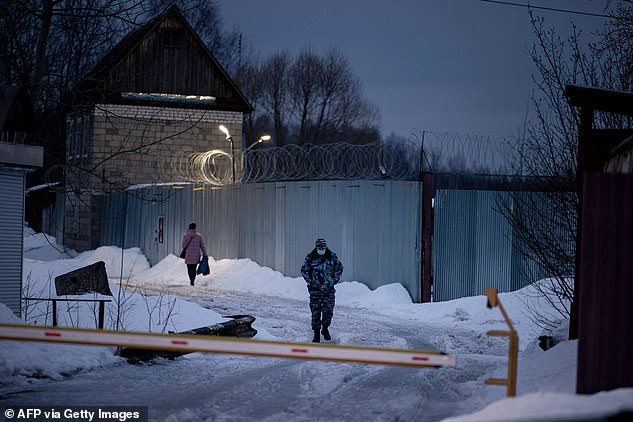 Navalny, 44, is serving a two-and-a-half-year sentence for violating his parole in a 2014 fraud case at the IK-2 corrective penal colony 100 km (60 miles) east of Moscow [File photo]

His Twitter account said on Monday that a doctor had still not been allowed in to see him.

It added that his pulse was averaging 106 beats per minute, a reading that is higher than normal, and his blood pressure was at 94/76.

Navalny returned to Russia in January after recovering from what German doctors say was nerve agent poisoning. Russia has said it has yet to see evidence of poisoning.

He was jailed in February for violating the probation conditions of a suspended sentence in a 2014 fraud case by travelling to Germany for treatment.

Navalny has said the 2014 charges were politically motivated.