Russian oligarchs allied with Putin in US crosshairs 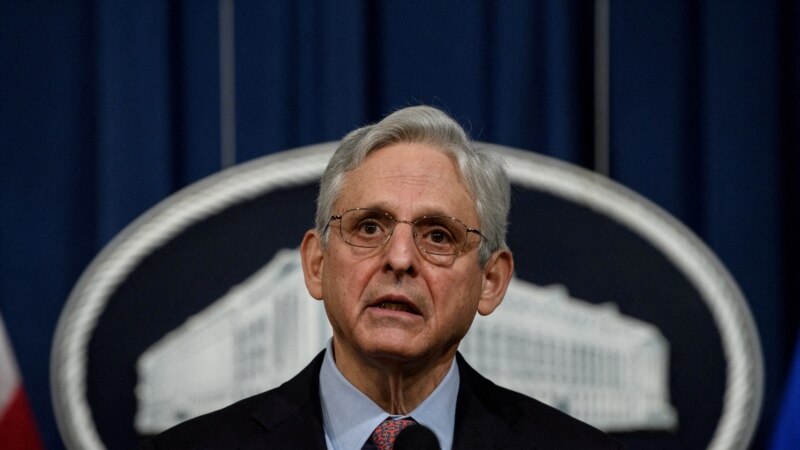 The United States on Wednesday announced a comprehensive effort to identify and seize the assets of Russian millionaires who have supported the regime of President Vladimir Putin, as part of its response to Russia’s invasion of Ukraine.

The new initiative, spearheaded by the Justice Department, goes by the name Operation KleptoCapture and was hinted at by President Joe Biden in his State of the Union address on Tuesday.

“Tonight I say to the Russian oligarchs and the corrupt who have milked billions of dollars from that violent regime: No more,” Biden said.

The president explained that the Department of Justice “is putting together a special group to prosecute the crimes of the Russian oligarchs” and together “with the European allies find and confiscate their yachts, luxury apartments, private jets.”

“We are going after their ill-gotten gains,” he added.

On Wednesday, Attorney General Merrick B. Garland announced the formation of the task force, saying its role will be to enforce economic sanctions that have been imposed on Russia since its invasion of Ukraine.

“The Department of Justice will use all of its authorities to seize the assets of individuals and entities that violate those sanctions,” Garland said. “We will not leave a stone unturned in our efforts to investigate, arrest and try those who through their criminal acts allow the Russian government to continue this unjust war.”

Experts say that the tracing and confiscation of the assets will be carried out with a combination of intelligence, data analysis and cooperation with international partners, which is common in criminal investigations.

“We have seen assets seized in the past. We have seen yachts and apartments seized,” said Daniel P. Ahn, a fellow at the Woodrow Wilson International Center for Scholars and a former State Department chief economist. “The difference now is the scale, not the instruments.”

According to Ahn, it will be difficult to identify the true owners of some of the assets. The properties of many billionaires are often controlled by a complex network of shell companies and other entities that hide what the authorities refer to as the “beneficial owner”.

Ever since Western countries and other allies began imposing sanctions on Russian banks and other wealthy supporters of Putin, large yachts owned or purportedly owned by Russian oligarchs have been seen leaving the ports of the nations involved. .

Some sailed to the Republic of the Maldives, a chain of islands in the Indian Ocean where there is no extradition treaty with the United States.

On Wednesday, oligarch Roman Abramovich, owner of the successful London soccer club Chelsea, announced that he had put it up for sale. On Tuesday, a member of the British Parliament told the House of Commons that Abramovich was also trying to sell several luxury properties in London.

Get rid of obvious assets

Experts believe that the oligarchs could try to get rid of assets more easily linked to them, in the hope that their confiscation will satisfy Western governments.

Jim Richards, founder of consultancy RegTech, said Abramovich and other oligarchs have been careful to hide large amounts of their wealth in complex hedge companies that make it difficult or impossible for authorities to detect them.

“The last thing these individuals want is for their lovers, their children and themselves to end up in an apartment in Moscow,” Richards explained to voice of america.

Nancy Pelosi To GOPers Who Interrupted Biden’s State Of The Union Speech: ‘Shut Up’