Ryan Giggs will have a say in Wales’ preparations for the forthcoming qualifiers despite his absence from the latest training camp.

The manager stepped aside for the next three matches – Thursday’s friendly against USA and the Nations League matches against Ireland and Finland – after he was arrested on suspicion of actual bodily harm and assault earlier this month. Giggs was bailed and denies all the allegations.

Giggs’ assistant Robert Page has taken charge for these games but revealed on Wednesday that he had remained in contact with the former Manchester United star during the planning process. 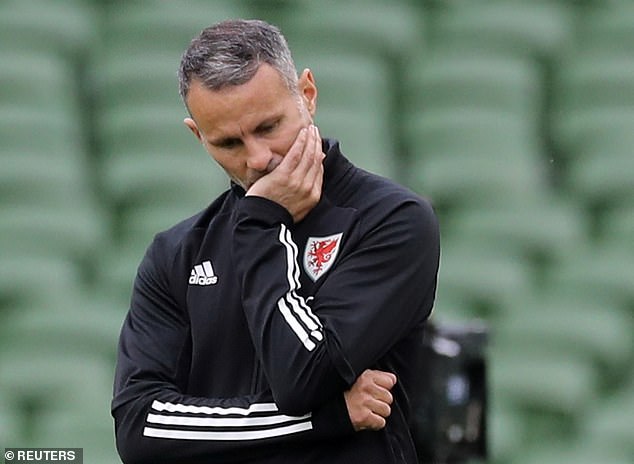 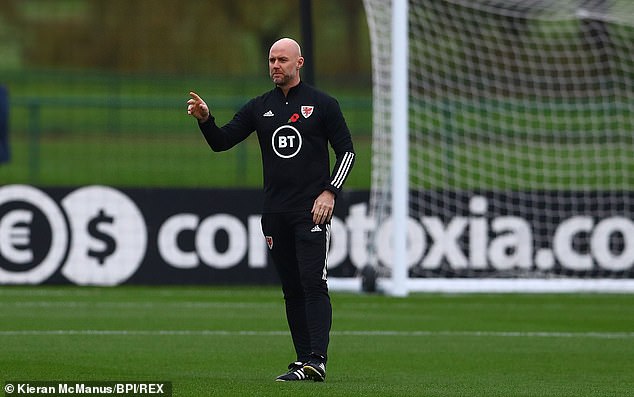 ‘I spoke to Ryan before camp and I know he is a phone call away if there are any issues,’ said Page. ‘We will have conversations before the game and try to anticipate how things go. There will be a plan in place.

‘We addressed the players at the start of the camp and we have been very impressed with their attitude in training. It’s been exactly as it was when Ryan was on camp – no difference at all.

‘Nothing changes. It will continue to be Ryan’s squad and we will oversee things. He will be able to watch the games and we will all have an input.

‘It will be impossible to pick a team without watching the training sessions so a lot of influence will come from the staff here.’ 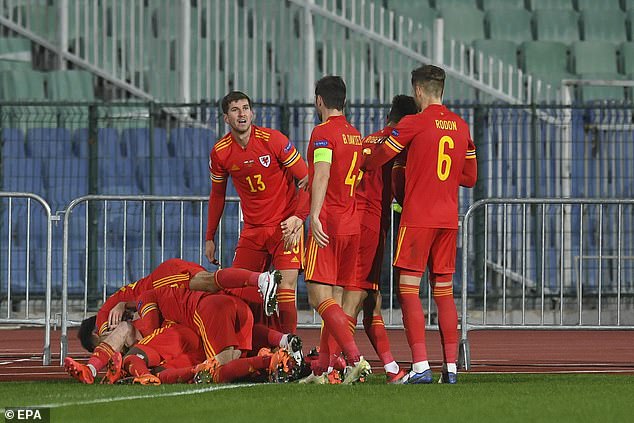 Giggs had led Wales to qualification for Euro 2020 and they are in a strong position in their Nations League group, with 10 points from four matches.

Page also revealed that Gareth Bale was fully fit for the matches and dismissed concerns from Bale’s boss at Tottenham, Jose Mourinho, about the role of coach Albert Stuivenberg in the Wales camp.

Stuivenberg is also part of Mikel Arteta’s staff at Arsenal and Mourinho said he was ‘uncomfortable’ with coaches having dual roles. Bale, Rodon and Davies are the three Spurs players in the current squad.

Page said: ‘We’ve had Tottenham players involved for a few years so of course he’s (Mourinho) going to show an interest but Albert has been involved with the Welsh set-up for a couple of years and there’s never been any issues there.

‘We’ve got a plan to get the players fit and ready for the games in a sensible manner. It’s been no different over the years and we’ll continue to do that.

‘I can empathise with what he’s saying as I’ve been a club manager myself. We’re borrowing his players to come and play for Wales so of course we’re going to look after them.

‘We’ve got one of the best medical teams in the country and we trust what they do is in the best interest of the players to get them fit. They’re not going to undo any work that’s been done at club level. It’s elite sport and elite preparation for games.’

Tokenized securities on blockchain are here. And they’ve been around for a while.