Ryanair will axe more than one in three of its flight routes this winter due to low demand amid coronavirus travel restrictions across Europe.

The Dublin-based budget airline announced today that it will only maintain up to 65 per cent of its route network between November 2020 and March 2021.

Ryanair will close its bases in Cork and Shannon, both in Ireland, and Toulouse in France during the five-month period. Routes from Europe’s largest low-cost carrier that do survive on will be served with a lower frequency of flights than normal.

It described demand for flights as ‘heavily curtailed’ to and from the UK, Ireland, Austria, Belgium, Portugal and much of central Europe.  The firm said it expects to fill 70 per cent of seats on its planes. 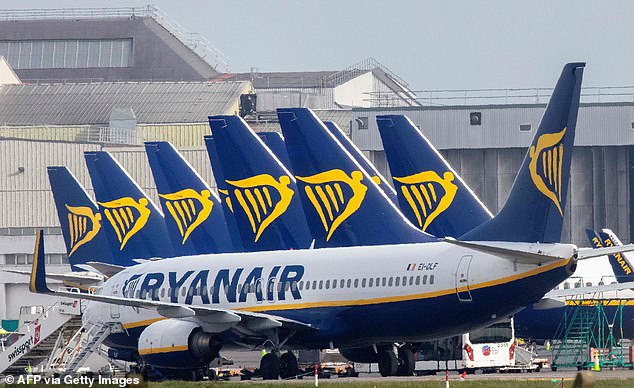 Ryanair said it anticipates that this winter it will fly 40 per cent of the capacity it flew last year, down from an earlier forecast of 60 per cent.

It expects to fly 38million passengers in its financial year to March 2021, down from a forecast of 50 million made in September and from 149million flown last year.

He said: ‘While we deeply regret these winter schedule cuts, they have been forced upon us by government mismanagement of EU air travel.

‘Our focus continues to be on maintaining as large a schedule as we can sensibly operate to keep our aircraft, our pilots and our cabin crew current and employed while minimising job losses.

‘It is inevitable, given the scale of these cutbacks, that we will be implementing more unpaid leave, and job-sharing this winter in those bases where we have agreed reduced working time and pay, but this is a better short-term outcome than mass job losses. 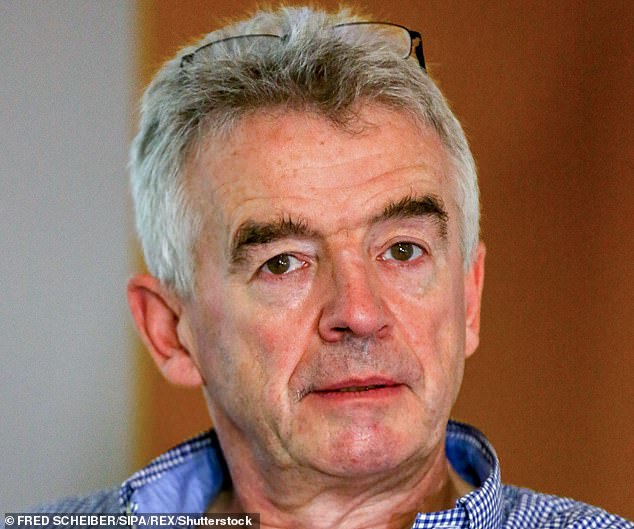 ‘There will regrettably be more redundancies at those small number of cabin crew bases where we have still not secured agreement on working time and pay cuts, which is the only alternative.

‘We continue to actively manage our cost base to be prepared for the inevitable rebound and recovery of short-haul air travel in Europe once an effective Covid-19 vaccine is developed.’

A new wave of travel restrictions in recent weeks has caused forward bookings to weaken slightly in October, but materially in November and December.

The airline added that there will also be significant cuts in Belgium, Germany, Spain, Portugal and Vienna.

It said it plans to implement more unpaid leave and job sharing and there will be some redundancies at cabin crew bases where pay cuts have been rejected.

The severity of the crisis facing the airline industry has been laid bare in recent weeks, with easyJet now braced for its first financial loss in its 25-year history. 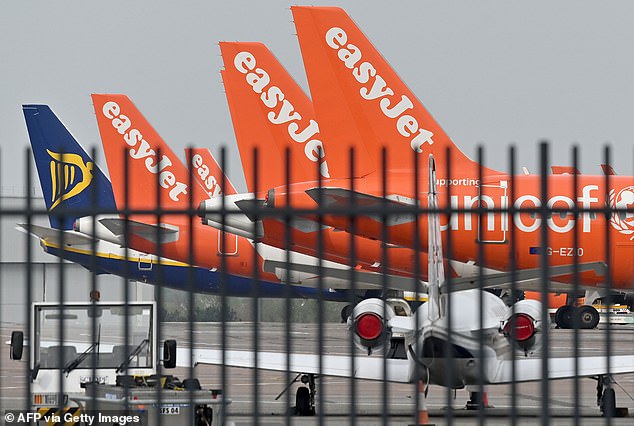 Europe’s biggest airline said on October 8 it expects to lose £845million this year following a collapse in passenger numbers during the pandemic.

EasyJet flew just 38 per cent of its planned capacity between July and September – normally the peak summer holiday season.

Flying peaked in August and then fell significantly in September when customer demand was hit by changes to the quarantine rules.

Bosses have hit out at a lack of help for the airline industry and blamed the Government’s ever-changing quarantine rules for stifling demand.

In a sign of the long-term problems facing the sector, EasyJet has also said it will only fly 25 per cent of planned services until the end of December.

Other airlines, including British Airways, are also flying a heavily-reduced schedule as passenger levels continue to stagnate.

Looking to buy a new iPhone 12? Here are 6 questions to ask before you pre-order one