Ryedale, Sevenoaks and Cotswolds are most popular rural places for homebuyers


North Yorkshire’s Ryedale, the Sevenoaks area in Kent and Herefordshire have seen house sales rise by as much as 63 per cent compared to a year ago, according to new research.

These countryside locations have been boosted by lockdown demand for increased indoor and outdoor space amid the persistent pandemic.

Property website Zoopla looked at how many sales were agreed between April and September of this year in local authority regions designated as rural, and compared that with the same six months a year earlier.

It revealed that the district of Ryedale, on the edge of the North Yorkshire Moors, saw the highest boost in sales agreed, up 63 per cent in the past six months compared to the same period in 2019.

Zoopla compared sales agreed between April and September this year with the same six months a year ago.

The rural county of Herefordshire, which is known for its livestock farming and the picturesque Wye valley, is ranked second. One of England’s most out-of-the-way spots, on the border with Wales, it saw an uplift of 46 per cent.

The area around the small commuter town of Sevenoaks in Kent – which has quick train access into London – was in third position, with a rise in sales of 44 per cent.

Zoopla also attributed the rises to a growth in flexible working, with the ongoing pandemic forcing many companies to allow their staff to work from home for part or all of the week. 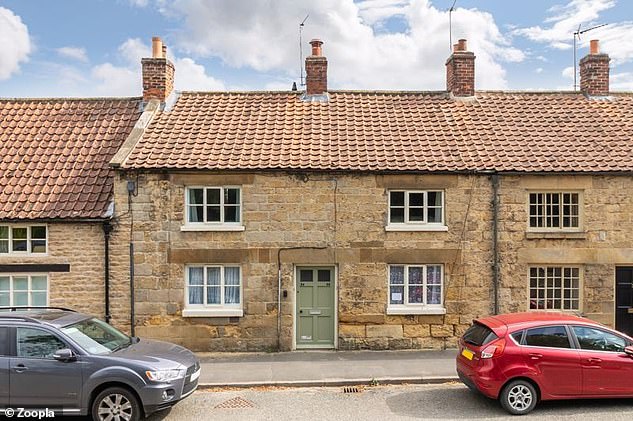 Popular in Ryedale: This two-bed terraced house in Helmsley, York, is for sale for £279,000

It is not only Londoners who are leaving the city limits, Zoopla said, with the uptick in demand for rural property extending to other regions in England.

Homebuyers are looking outside the the city in search of larger properties, easy access to the countryside and better value for money.

But in half of the top 10 sales agreed hotspots, buyers are paying a premium to live in a more rural location. The Cotswolds district, where popular market towns include picturesque Chipping Campden and upmarket Chipping Norton, commands higher prices on average than its nearest city of Bristol. 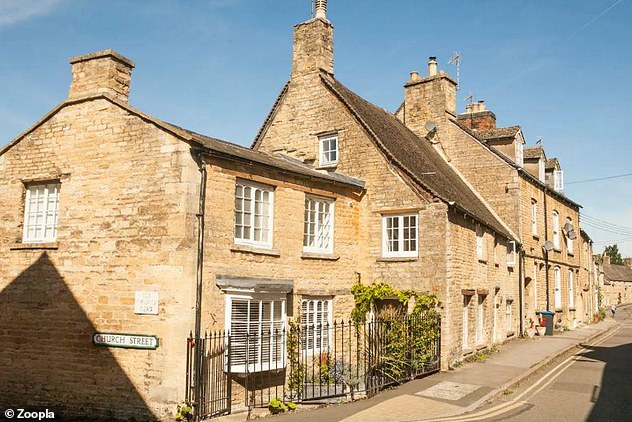 Pictured: The Cotswolds, where the number of agreed sales has increased 37 per cent 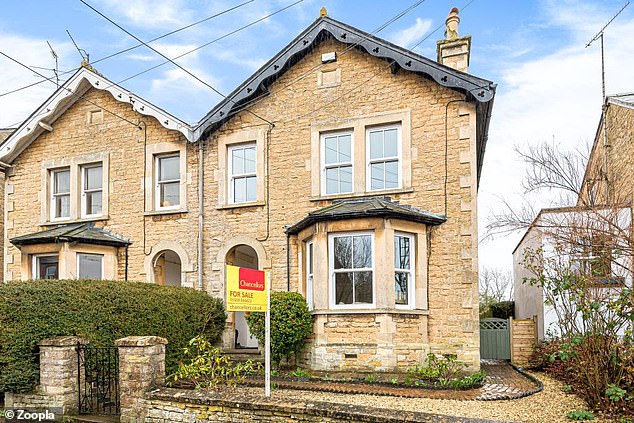 This three-bed semi-detached house in the Cotswold’s Chipping Norton is for sale for offers over £450,000

Here, a three-bedroom, semi-detached home is £30,000 more expensive than a house in nearby Birmingham, equivalent to 14 per cent more than the average Birmingham house price.

A three-bedroom, semi-detached house in the High Peak District, comprising several quaint villages and the National Park, is on average, £54,000 more expensive than in nearby Sheffield. It is 31 per cent more than the average Sheffield house price.

For those looking to move to the countryside and make cost savings, there are pockets of the country offering the best of both worlds.

The average price of a three-bed, semi-detached house in the rural district of Sevenoaks, Kent, is £428,000. The same type of property in London costs typically £538,000, a saving of £110,000, underlining why the area is a favourite among commuters, Zoopla said.

For those who want a complete change of scenery and slower pace of life, the price of a three-bedroom, semi-detached house on the Isle of Wight is £232,000, which is £60,000 cheaper than an equivalent property in its closest city Portsmouth.

Significant savings of £19,000 can only also be made in the district of Horsham in West Sussex, known for its range of market towns and villages, and good transport links to the coast and London.

The average price of a three-bedroom, semi-detached in this district is £405,000, while in Brighton the price for the same type of property is £424,000. 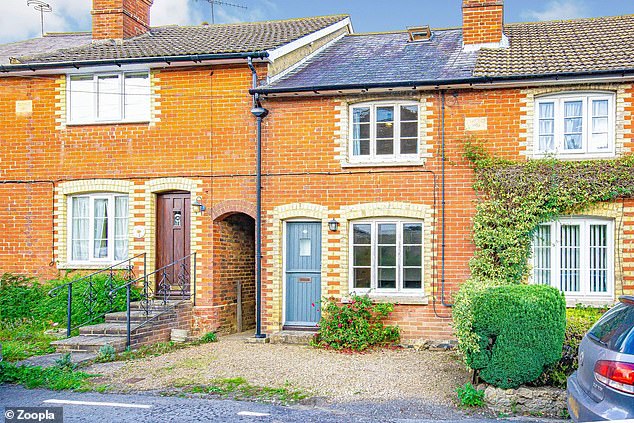 ‘Some of these households have taken the chance during lockdown to reassess where, and how, they want to live.

‘Most demand for housing within cities remains within those cities, but we are seeing a cohort of buyers choosing to buy in more rural locations, which can offer a different style of living, especially for those who have increased levels of flexibility around working from home.’

Zoopla only included areas that were defined as largely rural according to the 2011 Local Authority Rural-Urban Classification.

The rural market has exceeded expectations, according to estate agents Savills.

It said country residential and amenity farmland continues to show ‘a remarkable uptick in interest as many urban-based buyers seek more green space out of the major centres’.

It added: ‘Rural estates with notable residential components are also attracting interest at the larger end of the market. ‘

‘Many dead’ after Nigeria security forces shoot on protesters: Amnesty