Cyber safety experts are warning parents about a little-known feature of popular social media app Snapchat after the alleged sexual assault of a 16-year-old girl.

The feature allows users to track their friends’ locations, and was reportedly used by teenagers who allegedly gatecrashed a party and then assaulted a young girl in Melbourne last month. 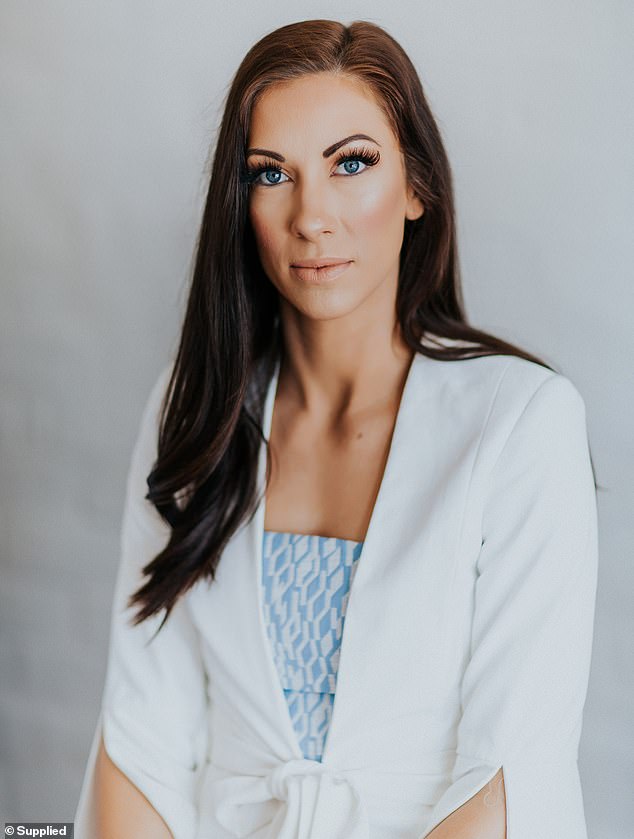 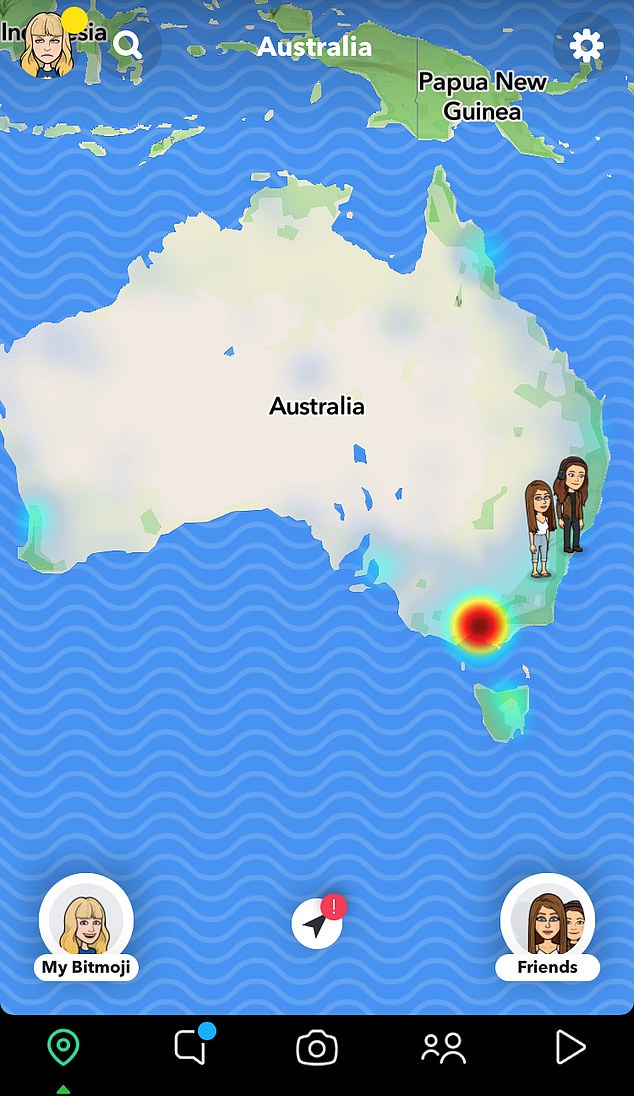 The feature allows users to track their friends’ locations. Pictured: This reporter is able to see the location of two friends on their Snap Map 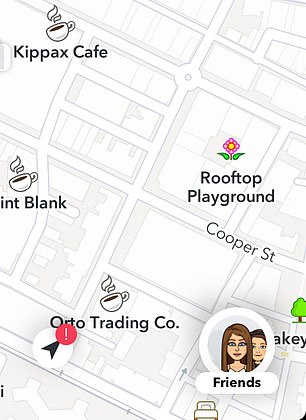 A zoomed in screenshot of this reporter’s Snap Maps displays the exact location of a friend, whose bitmoji is not displayed for privacy reasons

It also displays images and videos posted by strangers from around the world, which are shown on a map.

A group of boys allegedly used the feature to gatecrash a party in the wealthy Melbourne suburb of Brighton in February, the Herald Sun reported.

A young girl was then allegedly assaulted by one of the ‘out of area’ teens.

She added young people often have contacts on their phone or social media who they do not know very well. 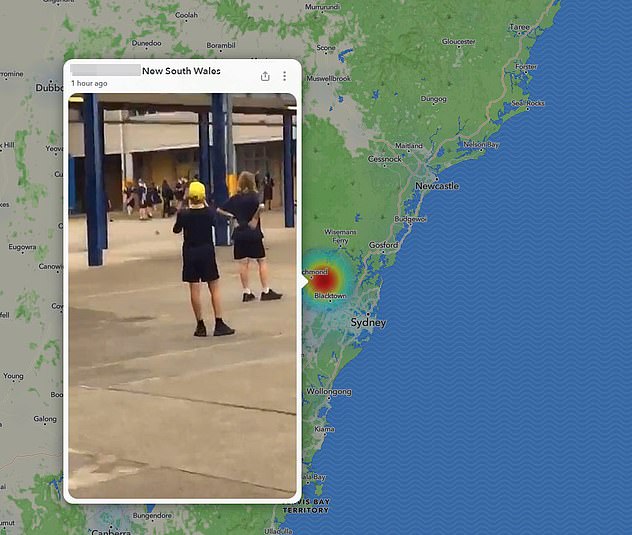 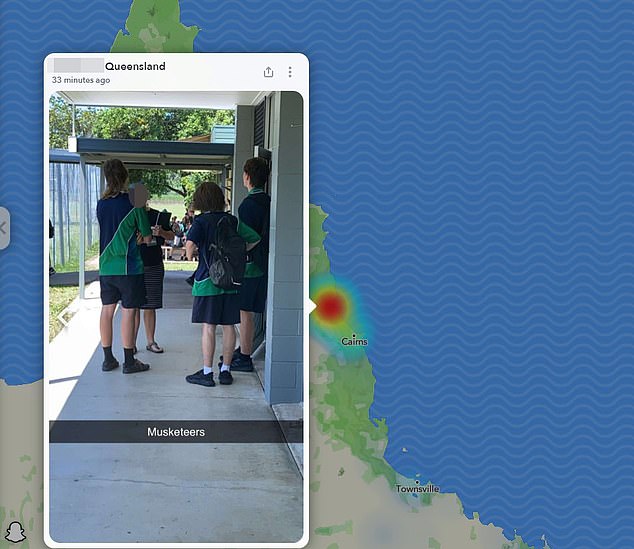 The feature shows images and videos posted by strangers from around the world which are shown on a map. Pictured: An image posted to Snap Maps shows children in a schoolyard speaking to a teacher, and the location of that image is publicly available worldwide

‘If strangers or the public are posting videos of this party, you will see where the actual houses or the location is and you can also see how long ago the post was put up,’ she said.

‘So strangers can just arrive and rock up and know exactly what’s going on and where.’

The feature allows users to see random content posted by strangers by clicking on parts of the map. 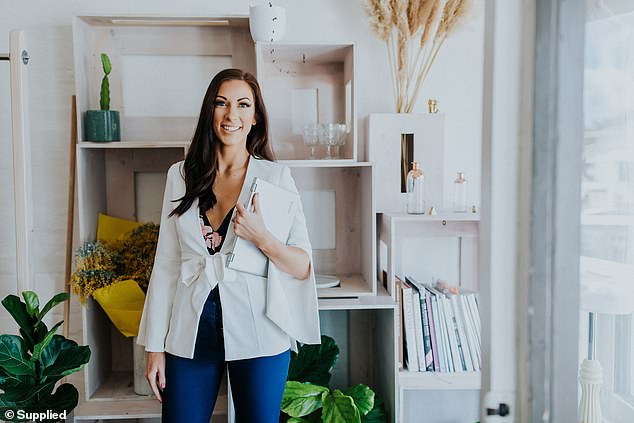 ‘Now some of the content is completely innocuous, but a lot of this content is quite dark and ominous,’ she said.

‘You don’t get a preview for that content, so you get exposed to it immediately but also where that particular action is happening.’

This can be used to film sex acts without consent or cyberbully someone, which Ms Foster said is particularly sinister on Snap Maps because you can see a victim’s exact location.

‘That person is not only on camera shown in an intimate act, which is what we call image based abuse, but it’s also tracking their location and showing where they are.’

A cyber expert said Snap Maps can be used to film sex acts without consent or cyberbully, which she said is particularly sinister because you can see a victim’s exact location (Stock)

Young people said they use the feature to locate friends, connect with them on a night out and see if they were online to chat.

‘I use [Snap Maps] just to see where my friends are if we have made plans and if they are on there way to where we are going,’ high school student Alex Cimino said.

‘I also just use them to see if someone is active on Snapchat and if they’re replying or ignoring messages.’

Ms Foster said the concern is some young people start to use the app to control their friends or partners.

‘The sheer amount of information can be used in a really manipulative, in toxic relationship type of way,’ she said. 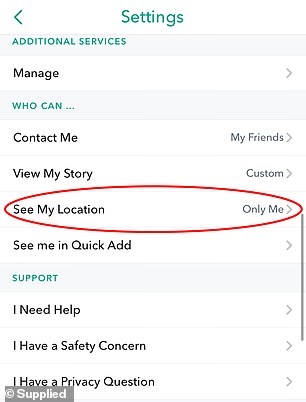 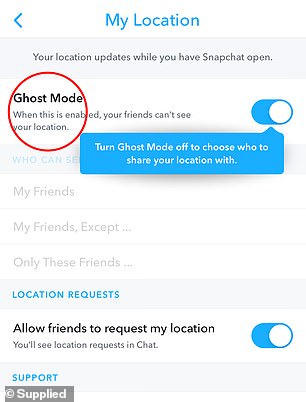 To turn off location sharing, head to settings and check who can see your location, and then turn on Ghost Mode (pictured)

Ms Foster, who was Telstra Business Woman of the Year in 2020, said she does not recommend the app for under-14s and cautioned parents against using it to track their children.

She said if teenagers are using the app, they should use Ghost Mode and turn off location sharing in settings.

Amber Kelly, 18, said she uses Snap Maps to check if friends are around when she’s goes out, but turns on Ghost mode when she gets home.

‘I don’t get worried about people following me, however, I do get uneasy knowing that people can locate me very easily,’ the high school graduate said. 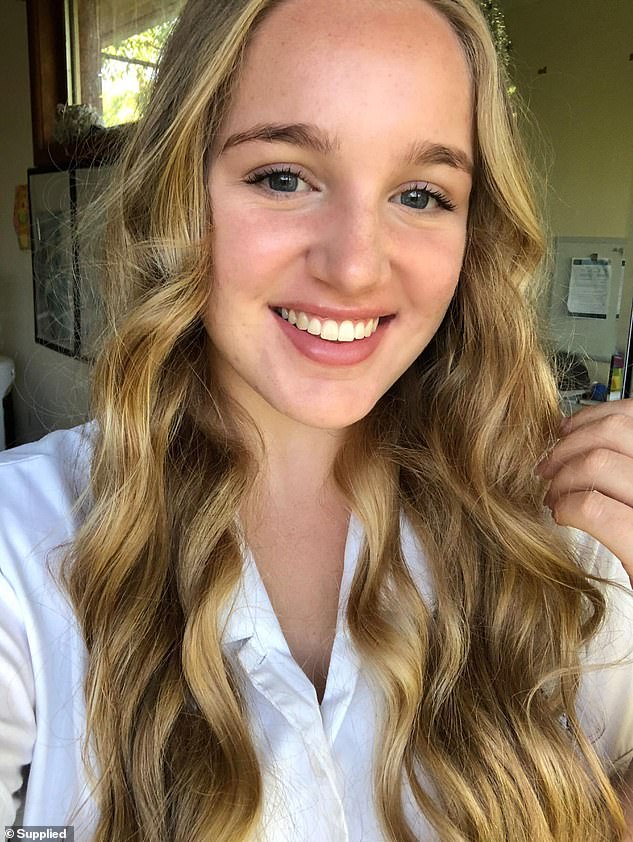 18-year-old Amber Kelly (pictured) said she uses Snap Maps to check if friends are around when she’s goes out, but turns on Ghost mode when she gets home

A spokeperson for Snapchat told Daily Mail Australia the software was designed with privacy and security at front of mind.

‘Location sharing via the Snap Map is off by default, and Snapchatters who do decide to share their location on the Map will only be able to see and be seen by mutual friends,’ they said.

‘We have zero tolerance for any sort of bullying or harassment and ask that Snapchatters report abuse or any other safety concerns in app.’

Five-year-old girl hit and killed by a car in Rooty Hill in western Sydney, NSW