SAGE scientist says Covid rules could be relaxed over Christmas


Trying to ban Christmas will lead to people breaching coronavirus restrictions so rules could be relaxed if the new Tier system proves effective, a SAGE scientific adviser has warned.

Calum Semple, professor of child health and outbreak medicine at Liverpool University, says that while some restrictions might be needed after the festive period, these might not need to be ‘draconian’.

Prof Semple added that regulations could be relaxed over Christmas if the new tier system proves successful following the current lockdown.

Speaking on Sky’s Sophy Ridge On Sunday, Prof Semple, who is a member of the Government’s Scientific Advisory Group for Emergencies (Sage), said: ‘In reality we can’t ban Christmas and to do so would simply lead to breaches, and what are you going to do about that?’

When asked whether every day of relaxation would require five days of tighter restrictions, he said: ‘Yeah, I think in the round it’s right, but it shouldn’t be seen that it is going to be draconian restrictions, it’s just going to prolong restrictions and higher-level restriction for some areas.’ 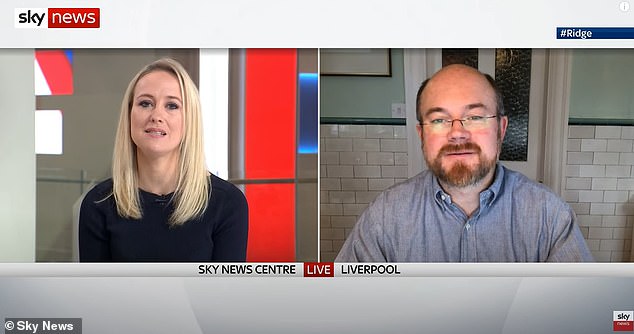 Speaking on Sky’s Sophy Ridge On Sunday, Prof Semple, who is a member of the Government’s Scientific Advisory Group for Emergencies, said: ‘In reality we can’t ban Christmas and to do so would simply lead to breaches, and what are you going to do about that?’

Prime Minister Boris Johnson will detail his ‘winter Covid plan’ on Monday, setting out the restrictions to replace the national lockdown on December 2, and how people can spend the festive period, including a strengthened three-tier system.

Prof Semple added: ‘There’s every reason to believe that when lockdown is lifted many areas will be able to go into lower tiers, but some areas will remain in higher tiers.

‘Then you have this period in the run-up to Christmas and, hopefully, if the system works, we will be able to relax some regulations for a few days, but there’s always a price for that.’

But he refused to say what measures should form part of the new tier system and said it was a decision for ministers.

However, Prof Semple said that there was now ‘really good evidence’ on which sectors are responsible for transmission of the virus, including the construction industry.

He said: ‘You would have thought working outside wouldn’t be a risk, but many people in construction are actually working inside before buildings are made Covid-safe.

‘So the construction industry has turned out to be a risk that I was surprised to see.’

And he warned that even with masks and socially distancing, industries such as pubs and hairdressers were still ‘high-risk activities’.

He said: ‘It’s not just a case of just bang on a mask and a visor, it’s about not touching the face mask, it’s about washing your hands.

‘It’s difficult, it takes nurses and doctors years to learn to do this properly.’

When asked if changing pub closing times would make a difference, he added: ‘Fiddling at the edges of something like drinking-up times or pubs’ closing times is simply not an effective mechanism. 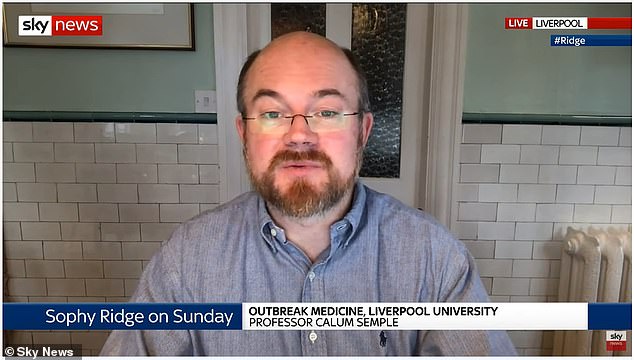 ‘I think whatever iteration you see next will be better informed by understanding human behaviour, and not driving us into unintended consequence that can increase transmission, such as closing pubs early and everyone coming out into the streets at once.’

While vaccine priority will be the most vulnerable and healthcare workers, Prof Semple said it could be rolled out to the rest of the population by the summer.

Prof Semple said: ‘The vaccine’s priorities will inevitably be the most vulnerable and frontline healthcare workers.

‘I think we will be seeing that phased out around Christmas and new year because the vaccine is already ordered and we have had excellent results.

When asked if social distancing will have to continue until a mass vaccination programme can be rolled out, he said: ‘I doubt that, because if we can vaccinate the frail and the elderly then that will take the pressure off the groups that will be coming into hospital with severe disease.

‘I do think that we will be seeing the lifting of the restrictions in the spring and I think there’s a lot to be optimistic about.

‘We have also got really good ways of looking after people now, so death rates in hospitals have fallen from from one in three to one in six, so there’s lots to be optimistic about here.’