By Ross Heppenstall For The Daily Mail

When Kallum Watkins signed for Salford, he didn’t imagine playing in a Challenge Cup final, against Leeds of all teams, just six weeks later.

And yet on Saturday at Wembley, in only his fifth appearance for Salford, Watkins will face the club with whom he enjoyed 12 silverware-laden seasons. The England centre quit Leeds midway through last year after a contract dispute and joined NRL outfit Gold Coast Titans. He returned home in April when his father contracted Covid-19.

A move to Toronto Wolfpack followed but, when they withdrew from Super League in July, he joined Salford. 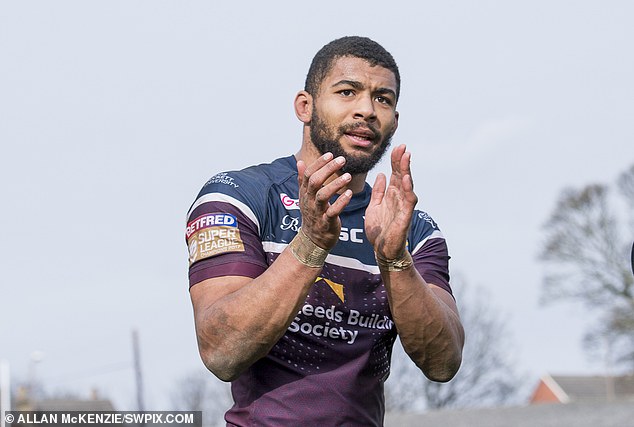 The 29-year-old, who won two Challenge Cups at Leeds, said: ‘It’s pretty crazy that my first game against the Rhinos is at Wembley. To get the win with Salford would be an unbelievable achievement, but Leeds will always have a special place in my heart.

‘I owe Leeds a lot because they made me the player I am today. We had some incredible journeys and when it came to crunch time, in the play-offs, we knew how to perform.

‘Winning the treble in 2015 was obviously fantastic but the 2017 Grand Final win was particularly special. It was also a great send-off for Danny McGuire and Rob Burrow.’

Former scrum-half Burrow was diagnosed with motor neurone disease last December and his plight has drawn huge support. He has been named as chief guest ‘in absentia’ for Saturday’s game and Watkins added: ‘When I heard about Rob, I was in floods of tears and absolutely devastated.

‘He’s an incredibly kind, generous bloke and still has that fight in him, as this week’s BBC documentary showed.’ 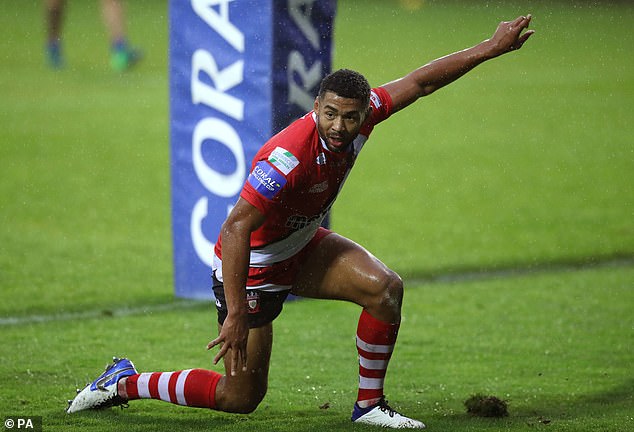 Salford’s last Wembley appearance was a defeat by Castleford in 1969 and their only Challenge Cup success came in 1938.

Yet Ian Watson’s men reached a maiden Grand Final last season despite being one of Super League’s lowest spenders.

Mancunian Watkins, a boyhood Salford fan, added: ‘We’ve got the belief that we can go to Wembley and win.’

LeAnn Rimes poses NUDE on social media: ‘My time to be unabashedly honest about what psoriasis is’