William Saliba is set to remain at Arsenal until the January transfer window at least despite links with a loan move to the Championship, according to reports.

The 19-year-old defender has been linked with a move to Thomas Frank’s Brentford before Friday’s domestic transfer window deadline after his loan move to former club Saint-Etienne fell through on October 5 as paperwork was not completed on time.

But according to The Athletic, the Frenchman – who was signed by Arsenal in 2019 for £27million before being loaned back to the Ligue 1 side – will stay at Emirates Stadium for the next two-and-a-half months as a minimum. 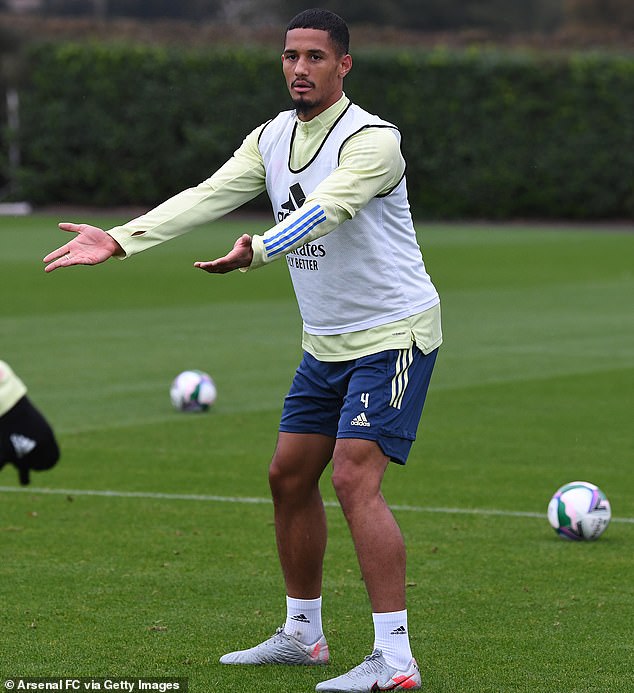 William Saliba is set to stay at Arsenal until the January transfer window, according to reports 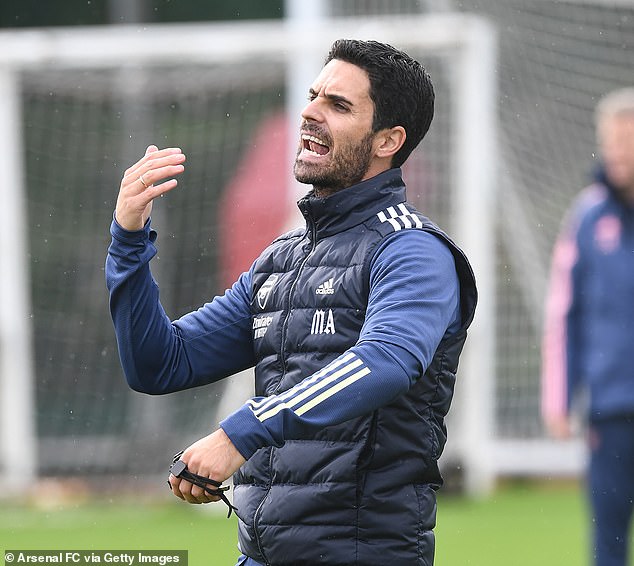 The report adds the centre-back is also expected to be included in Mikel Arteta’s Premier League squad to be announced on October 20.

Saliba was left out of the Gunners’ 25-man squad for the Europa League last week alongside experienced team-mates Mesut Ozil and Sokratis after playing just 15 games in a frustrating season due to injuries and the coronavirus pandemic on loan with Saint-Etienne in 2019/20.

His omission appeared to suggest Arsenal were keen to send Saliba out on loan before the October 16 deadline between Premier League clubs and their EFL counterparts.

ESPN reported last week that Arteta believes Saliba needs to develop further before he can hope to break into the first team at Emirates Stadium. 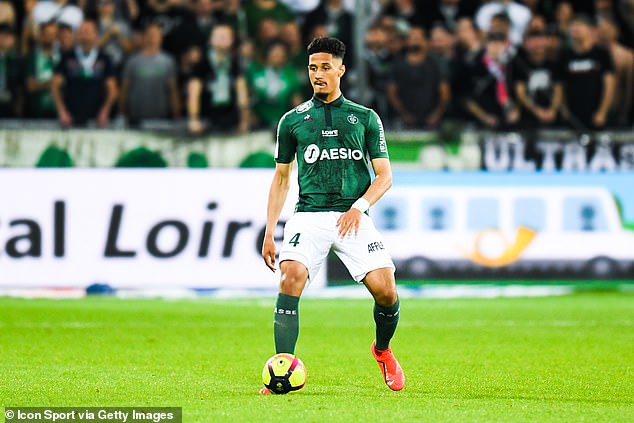 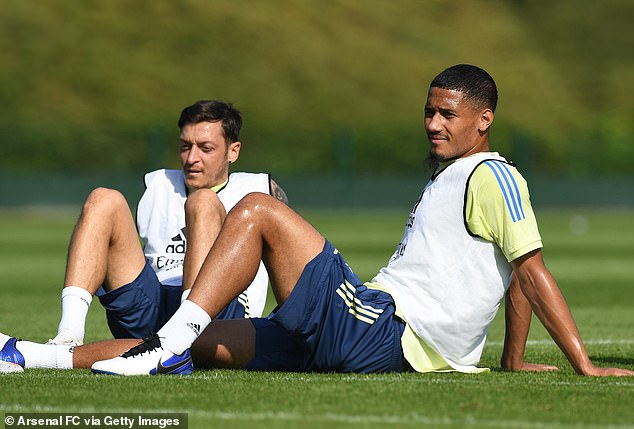 The report claimed the Spaniard wants the Frenchman to focus particularly on improving his defending from set pieces and also to work on maturity in his play, which involves not diving in to tackles.

Moreover, Arteta had made it clear earlier this month that Saliba still requires a transitional year.

Speaking after Arsenal beat Liverpool on penalties in the Carabao Cup fourth round, Arteta said: ‘He had year last where Arsenal essentially loaned him to Saint-Etienne and that was a transition year for him. 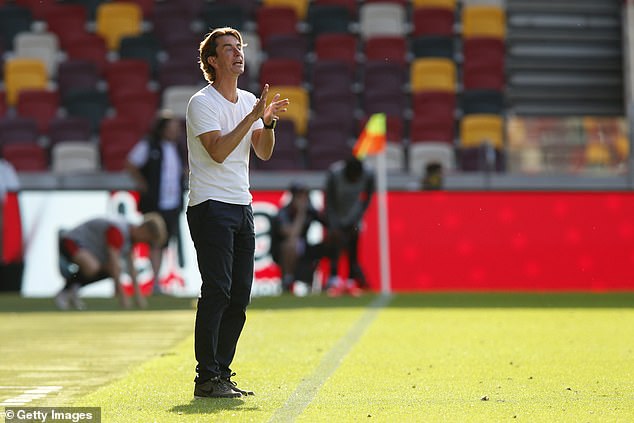 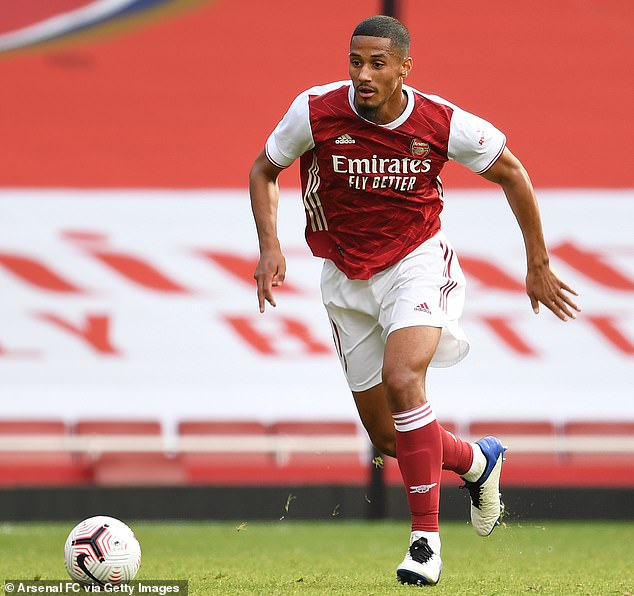 But it appears he will for now be staying at Arsenal, who he is yet to competitively represent

‘For many reasons, that wasn’t the transition year that he needed because he had a lot of injuries, he had some personal issues and obviously with COVID and the French league getting cancelled, he didn’t have that year, so he needs that year of transition.

Saliba has yet to make a competitive appearance for Arsenal despite appearing in a pre-season friendlies against Aston Villa and MK Dons.