Hansi Flick celebrated his first anniversary as Bayern Munich boss by extending his remarkable record to 44 victories from 48 matches after the European champions scored four goals in the last 13 minutes.

The Bavarians, who have won five titles in 2020 including the Champions League, went behind after only four minutes when Mergim Berisha was left completely unmarked inside the box to beat goalkeeper Manuel Neuer.

Bayern instantly bounced back and Serge Gnabry had his shot cleared off the line before their top scorer Lewandowski levelled with a 21st minute penalty. 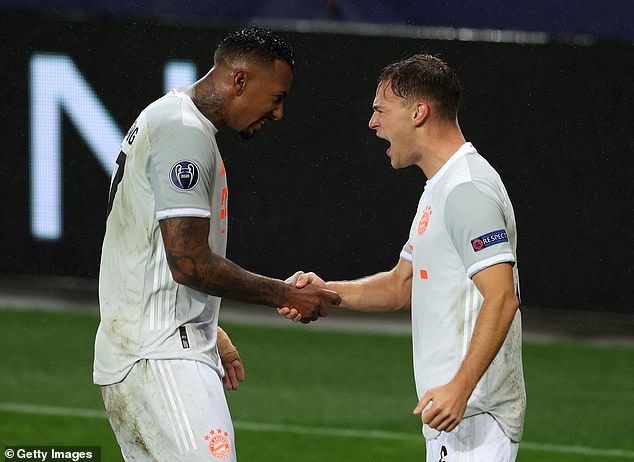 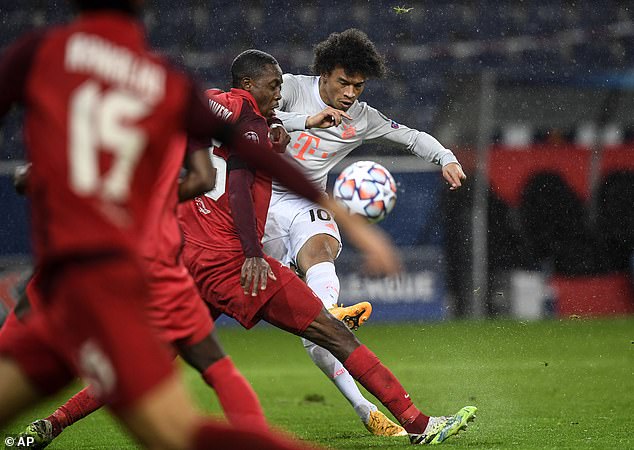 Salzburg defender Rasmus Kristensen then turned a Thomas Muller cross into his own net a minute before the break.

The hosts came close to an equaliser right after the restart but Neuer got his fingertips to Enock Mwepu’s shot to turn it wide.

The Bayern keeper was beaten in the 66th minute, however, when Masaya Okugawa fired Salzburg level. 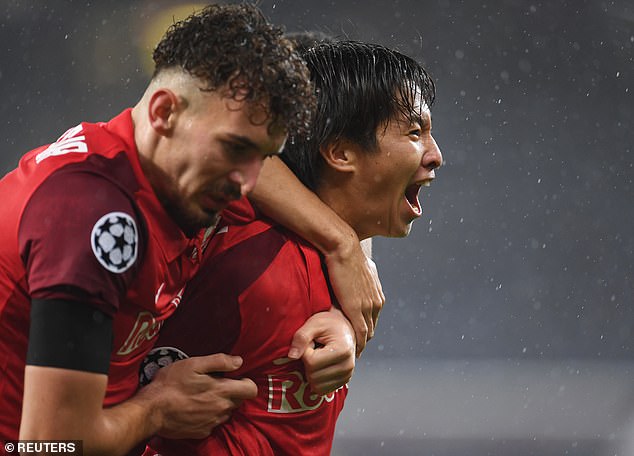 Despite a string of chances for the home side, it was Bayern who scored again in a strong finish with Jerome Boateng powering in a header from Joshua Kimmich’s corner in the 79th and Leroy Sane scoring with a perfectly curled shot four minutes later.

Lewandowski headed his second goal in the 88th and Lucas Hernandez drilled in a sixth in stoppage time to lift Bayern to nine points in Group A ahead of second-placed Atletico Madrid.

Lokomotiv Moscow, who drew 1-1 at home to Atletico, are third on two, with Salzburg in last place on one. 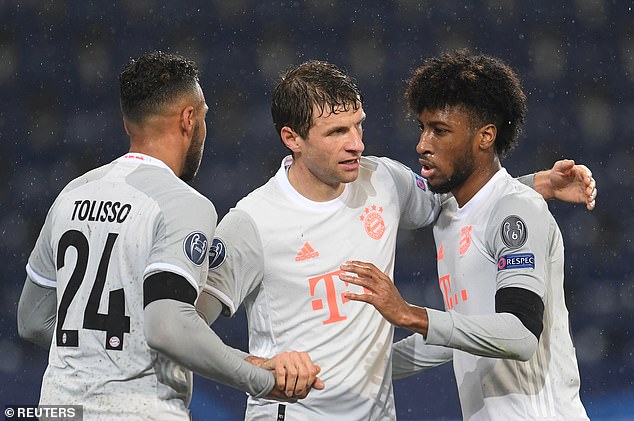 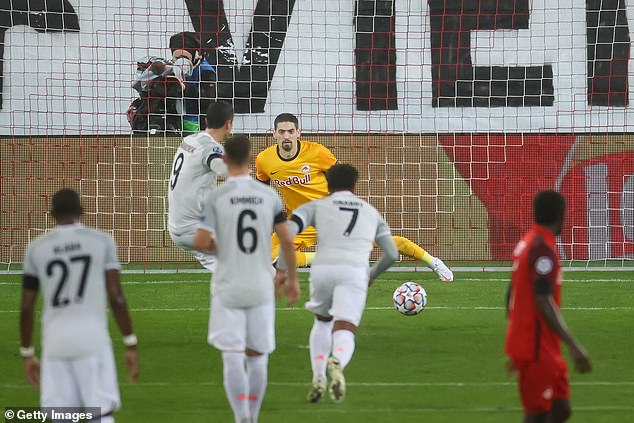 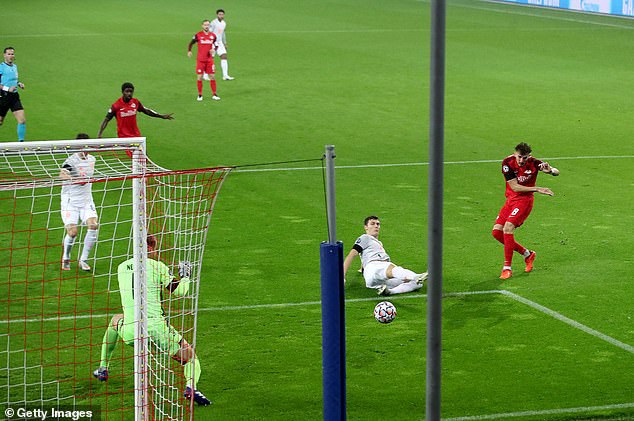 SEBASTIAN SHAKESPEARE: One horror crash that Bernie Ecclestone must be enjoying