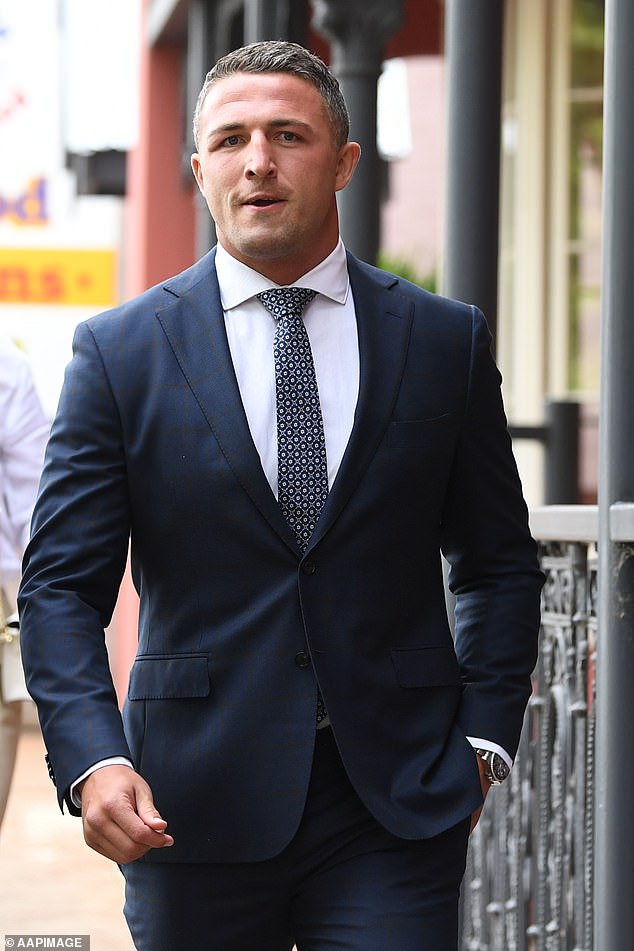 A hi-tech camera is the reason embattled former footy star Sam Burgess was allegedly caught driving with cocaine in his system – not a tip off to police as previously suggested.

The ex South Sydney star had been driving to pick up his two young children on Monday when his white BMW X5 was pulled over at 1.30pm by police at Braemar, in the Southern Highlands, near his ex-wife Phoebe’s family mansion.

Rumours had earlier suggested police had been tipped off but it’s since been revealed that a highway patrol car’s camera detected Burgess’ car was unregistered and therefore pulled him over, The Sunday Telegraph reported.

His drug test results were sent away for further analysis which could take several weeks to come back with a conclusive result.

Burgess’ children were originally meant to be dropped off at his shared rental property 15 minutes outside Bowral on Monday morning.

When Sam could not meet that arrangement because other tenants were using the premises a new plan was made for the children to be collected from Southern Highlands Botanic Gardens at 2pm.

The English-born footballer had only become a permanent Australian resident last year after previously having been on a working visa.

Police will allege Burgess, 32, (with ex-wife Phoebe) returned a positive roadside drug test for cocaine, was driving an unregistered car, and has never held a New South Wales driver’s licence

In happier times: Sam’s ex-wife Phoebe and his father-in-law Mitchell Hooke are no longer on good terms with the former NRL star. The three are pictured together

Burgess is expected to appear in Moss Vale Local court on May 4, facing charges of ‘drive vehicle, resident more than three months – not obtain a licence’ and ‘use unregistered vehicle’, NSW Police said on Monday.

The incident is the latest controversy for Sam, who just three weeks ago was found guilty of intimidating his former father-in-law Mitchell Hooke outside the Hooke family home.

He was sentenced in January to a two-year community corrections order and given a two-year apprehended violence order over the heated clash out the front of the Hooke family home in the aftermath of his messy break-up with Phoebe.

The two-year community correction requires him to be of good behaviour and accept anger management support.

The former NRL star is appealing the verdict.

Saudi Arabia .. A broad campaign of solidarity with bin Salman after the American report on Khashoggi’s killing