Samir Ghanem and Dalal Abdel Aziz together on the beach for the last time with a plate of gravel.. Video

Junaidi, 25, told Al-Youm Al-Sabaa that he decided to implement the painting with sand and oil when he was surprised by the news of the death of the great artist while he was with his friends on a trip to the city of Dahab, and because he was one of her biggest fans and because he did not carry any tools for painting in the resort, he decided to implement the painting with the tools available on the beach. 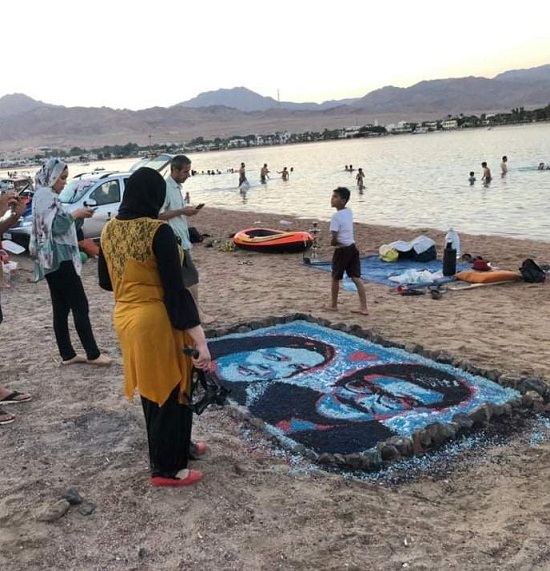 Junaidi spent a lot of time searching for oil for coloring, but the painting did not take more than 3 hours to be executed on the beach and he thinks it was a great opportunity for people to see the portraits of the late artists and pray for them.

Regarding his talent, Junaidi said that he paints from the age of 14 with lead, then he learned to paint with salt and sand, and now he has executed his painting of gravel.

Southgate: We are ready to face racism and Sancho may miss Hungary